I can understand the Chamber of Advocates’ stern reservations on Simon Busuttil’s request that Judge Antonio Mizzi should not be hearing Joseph Muscat’s appeal against a lower court’s decision to order an investigation into the Panama Papers.

But I can understand Simon Busuttil as well. To coin a phrase, justice must be seen to be done and what is being seen in place of justice is the prime minister once more dodging the bullet of investigations into his affairs by manipulating the institutions in his favour.

Joseph Muscat has already ensured the police and the attorney general do nothing about his own links with the Panama findings and the links of people close to him. The chief investigator in the police force is the spouse of one his Ministers. These marital arrangements have stopped looking coincidental some time ago now.

So when Joseph Muscat waited for the spouse of Marlene Mizzi, one of his more virulent MEPs, 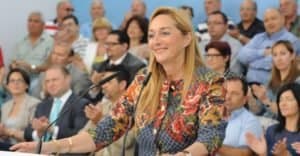 to get his turn as duty judge to receive appeals, anyone seeking fair and proper justice could not have seriously been expected to stand aside to applaud this cynical juggling act.

True, Busuttil has a vital personal stake in the outcome of this saga. He wants to be vindicated and judging by all we know so far he certainly deserves to be. But this is not his cause alone. Anyone on the side of truth and justice cannot leave Busuttil alone in this fight, particularly the Chamber of Advocates.

There is a clear risk that as Simon Busuttil is perceived as a lame duck, the issues he campaigned on, right or wrong, are dropped as damaged goods. Simon Busuttil is indeed politically a lame duck. He’s on his way out. But the causes he fought on are as clear and present as they have ever been and an effort of national resistance must be mobilised all over again to dispute this grand matter of our time.

For all I know Antonio Mizzi is a latter day Solomon and he is utterly indifferent to his wife’s political loyalties. Be that as it may, the Advocates should consider that irrespective of Simon Busuttil’s comments and requests as things stand we have a risk of miscarriage of justice even before an outcome is known.

For who is to be blamed for suspecting a cover-up and collusion with the judiciary if Joseph Muscat’s appeal is entertained?

The first court ordered an investigation into Joseph Muscat and his merry men’s alleged wrongdoing. Instead of welcoming the opportunity to clear their names, Joseph Muscat and company sought to have that order reversed.

They made doubly sure that not just any judge is asked to have the order reversed but one they expected would favour them because of his wife’s political affiliation.

Once again it is Joseph Muscat who is putting undue pressure on the judiciary, as he did a few weeks back when he threatened an inquiring magistrate of ‘consequences’ should he turn up with the wrong findings.

The pressure is even more explicit when one considers that this charade has exposed the entire process of judicial review to disrepute. That is where Joseph Muscat wants it to be. He needs the credibility of the courts to be diminished to allow him to push back on and survive any decision taken against him.

He needs Antonio Mizzi – and the entire court system – to be perceived as subject to pressure so that he can use that perception to neutralise the effect of any decision against him.

And he needs Antonio Mizzi – and the entire court system – to feel they are perceived as subject to pressure in order to condition the outcome of their decision.

I can understand the Chamber of Advocates wanting to protect the credibility of the justice system from being tarnished by political pressure. They just need to look deeper at the source of that pressure and attack that source, rather than those who are pointing it out to the rest of us.