Chris Cardona and Chris Fearne want to tell the PN how to run its affairs. Bugger off, won’t you?

There has been plenty of analysis into the PN’s electoral loss. The PN has been examining its conscience like Joseph of Arimathea perhaps taking on more auto-flagellation than it really deserved. No one benefits from all this endemic introspection as much as Labour who spends years gleefully rubbing salt into wounds.

Labour’s own many years in the political wilderness are now forgotten and enough history has now been rewritten for people like Cardona fancying themselves belonging to an omniscient, ever right political party whose inevitability is inherent. That self-confidence stretched to the point of pathology is the point where even the ambition to be magnanimous is forgotten.

So kick a man when he’s down.

Cardona and Fearne, took hours off their salaried Ministerial duties, 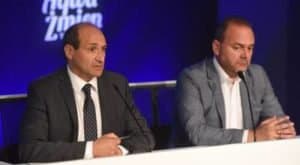 to criticise the PN for not commissioning external experts to review its electoral loss as it had done in 2013. They then proceeded to remind everyone why the PN did the right thing not to. They whipped out their vague recollections of the 2013 report, which they have used time and again during these last four years, and proceeded to use that report to point out which of its recommendations were not followed.

It is right for parties to consult external experts from time to time. But taking instructions from unelected, unaccountable people who are otherwise busy with their own lives and brought in for a week or two to review the collective unhappiness of a party right out of a fresh electoral loss is naïve at best. Fine to ask someone to give you an outsider’s view. But stupid to follow that view like the cryptic instructions of an oracle and ignoring the culture, methods and even your own instincts in taking decisions on the next step forwards.

The slander of ‘negativity’ that Labour pins on the PN and, over the last several years, on Simon Busuttil continued to be stuffed down our collective throats at Cardona/Fearne’s press conference and, they prophesied, we will now never be rid of ‘negativity’ because a report into the damaging effect of negativity has not been commissioned.

What utter rubbish. As Glen Bedingfield had suggested, Labour has a very clear notion of what a report into the PN’s electoral loss should look like:

That is what Cardona and Fearne argued at their press conference. Quite why they still need to call press conferences to tell everyone how they Labour be right on this as on anything and how the electoral result confirms their infallibility is hard to fathom. They doth protest too much.

Their other equally patronising line was that as they see it the failure to commission a report is a conscious decision by Simon Busuttil to protect his own chances of staying on as a ‘big brother’ controlling things in the PN even after he is replaced.

If Simon Busuttil wanted to continue to control things for the next months and years all he needed to do was stay put and not resign. At the time when he announced he was stepping down to make way for his replacement, no one in the party was asking him for his departure. No one was challenging him for his seat as leader. If anything the consensus was that even if change had to be contemplated that would happen after a substantial transition period during which Simon Busuttil would continue to lead.

It is clear that the Labour Party believes that it can influence affairs in the PN with interventions like this Cardona/Fearne school principal diatribe. And if there’s any outcome they would clearly like to see as a product of that influence which would be the complete rejection of the PN of Simon Busuttil’s effective criticism of corruption at the very top of Muscat’s administration. They want to force the PN to drink the kool aid and adopt the general mantra that these are the best of times. They want to scare the next leader of the PN into dropping the pressure on them.

Because the show of supreme self-confidence put on by Labour yesterday is just that: a show. The heat of the corruption argument is bound to be damaging over time and as more facts are expected to emerge the more inconvenient a focused opposition that knows the difference between right and wrong and sticks to the former while whipping the latter becomes.

Cardona’s pressure at his press conference was not intended for Busuttil. It was intended for his successor. They weren’t sending recommendations to the PN to drop negativity because they are concerned with the PN’s election prospects and want to guide it to its next victory. They were recommending to the PN to stop being ‘negative’ because that is exactly what is in the PL’s interest.

Here’s a report Labour perhaps should have commissioned. Be magnanimous in victory, no one likes a gloater. Do not treat people as idiots; it is their vote you will need again. Intimidating the opposition, even if it works, will not stem the inexorable tide of facts that you are expecting to emerge about your corruption.

The PN may have had a rough ride these last couple of months and many more bumps are ahead. But bumps in the road are no distraction for a party who never forgets the distinction between right and wrong. Changing leaders does not change that. Busuttil needs control no one’s strings to ensure that continues to be the mission of the party.

This is what we stand for.

How long is your spoon, Simon Mercieca?

Hurry Up and Kill Her (Part 7)