By Manuel Delia2017-07-09T21:49:54+02:00Tue, 4th Jul '17, 11:20|0 Comments
Since 2013 I’ve been out of my original line of work – politics – and have done various jobs here and there trying to grow new feet in my dotage. For some time I taught history (under the contemporary guise of ‘European Studies’) in a secondary school. The experience was more rewarding for me than it was for my students. I got to teach history against payment which is something I would do for free and I often do as my long suffering wife and children can attest.

The reason I could teach was because I’m old enough to benefit from the grandfather clause (damn, that makes me feel old!) in the laws governing teachers’ warrants that allow anyone with a Masters degree acquired before the dawn of sensible education legislation to obtain a teacher’s warrant by right of conquest, rather than by training.

After that short stint in a secondary school I have even more respect for teachers. Theirs is one of the toughest jobs imaginable and the training they get before they’re unleashed on our children should hopefully galvanize their missionary zeal to compensate for the general ingratitude they will face for the rest of their professional lives: from students, parents, and from whoever pays them the pittance they earn.

It is incredible to me that we trust the education of our children to people from whom we naturally expect the highest standards of learning and guidance and then are only willing to pay the lowest salaries paid to any professional.

This is not a post about teachers though. It is a lesson from any guild that groups people of a certain standing and expertise in our community creating rules that define requirements to join that guild.

You need an architecture degree to be an architect. And so with engineering, law, nursing, medicine, teaching, even the priesthood.

The only two professions where anyone can step in and fumble around pretending to be an expert from the first day at work are prostitution and politics. And I’m not too sure about prostitution.

It feels as if wanting to be one is enough preparation to be a politician.

I am describing the case in Malta as this attitude is particularly exceptional to us. It is not what you find in most other countries. Politicians are outside of here expected to be academically prepared. They have to have a horizontal and broad corpus of knowledge because the practice of the profession is inter-disciplinary. But they also need a deep understanding of political theory, history, comparative politics and international affairs. Learning these ‘on the job’ are as acceptable to discerning bodies of citizenry in the rest of the world as we would accept our heart surgeon brushing up on their basic anatomy scalpel in hand.

Many countries have specialist colleges or training programs that have acquired decades and centuries of reputation for preparing future leaders. ENA in France, Uxbridge and the LSE in the UK, Ivy League colleges in the US are some famous examples.

And when you emerge from these, sharp suited and over-flowing with ambition, you start your many years of apprenticeship, working with veterans, learning the ropes, making mistakes, establishing networks.

Lawyers, doctors, architects, engineers, teachers, nurses, priests: all go through these phases in life and then proceed to build a career based on their hard work, their ability to excel, their willingness to work in a team, their skills for negotiation and compromise. Some make it to the top. Many don’t. But all have to build a career over time and with much commitment and sacrifice.

You would not want me to be your children’s teacher because I’m not trained to be a teacher. You would want me even less to be their doctor. I never tried faking that by the way, in case that needs clearing up.

It is just as incredible to me now that the Maltese citizenry appears not to expect specialised competence from its politicians although it entrusts them with the power to affect their lives in very complicated ways. Plato wanted leaders to start their novitiate from birth. That may be a bit too monastic for our times. But it should not be hard to see why some form of seminary for political neophytes would be useful.

There is no greater proof of the ‘amateur’ approach to our political make-up, than the fact that our Parliamentarians are paid a part-time token and are expected to earn their keep some other way. Politics is the hobby of lawyers whose intellect is dulled by the rota of court work that pays their bills and who can indulge in some intellectual stimulation playing ‘the game’.

Our political parties are another symptom of this amateur approach. Labour is reduced to an extension of the leader’s persona radiating his ideas like a bright diadem crowning his transfigured glory. The PN is reduced to a media organisation, providing information services at a commercial loss as it unsuccessfully competes with proper media outlets for advertising revenue and audience ratings.

This is not what democracy needs from its politicians and its parties.

From its politicians it needs a lifetime of commitment and engagement for which they are duly prepared and have acquired over many years exceptional expertise. A ‘much loved’ doctor or a ‘charismatic’ lawyer could have been great politicians if suitably trained and experienced, but are otherwise mere vote magnets in the ground-war tactics of the parties that engage them. Once elected they add little or nothing to the most important task of governing our country.

From its parties our democracy needs professional thinking houses abreast of international policy trends, researching and developing new ideas, engaging with other professions and the rest of the community to understand aspirations and exceed them, and keeping the other institutions (particularly government) in check.

Yet another piece of evidence in the case for how amateur our political make-up is, is the fact that a country that employs 42,000 people paid from taxes in the various branches of public administration seems unwilling to pay for an odd 100 professionally trained people to work in Parliament and in the political parties in the actual business of drawing up policies and designing the laws we all have to live under.

This line of work is distinct from the classic civil service function of executing the policies that ‘political masters’ are elected to introduce. Someone has to have the job of drawing up those policies and for as long as it’s untrained part-timers that do this, our country will not have met the basic minimum standard that its people are entitled to expect. 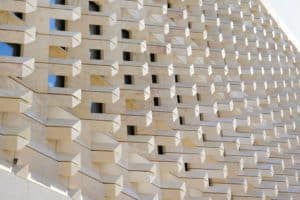