By Manuel Delia2017-07-14T14:53:44+02:00Sat, 8th Jul '17, 22:38|1 Comment
Joseph Muscat has now appointed himself the spiritual director of the PN Parliamentary Group. He is advising them on matters of conscience and reminding them they should not support the vote he is proposing or risk the fires of hell. It is by now an old cliché that the man knows no shame. But it is never old news that he also has no limits.

Now he’s calling on PN MPs with misgivings about his badly written marriage equality law to listen to his advice and not follow his example. Where their constituents’ threats of abandonment, their bishop’s exhortations, and the example of their risk-it-all-for-the-cause rebellious colleague Edwin Vassallo did not succeed, Joseph Muscat boldly goes.

The extent of hypocrisy from this prime minister would be unbelievable had it not become a habit. But also the extent of control he has on the minds on his side of the battlefield must be remarked upon. For we must not be fooled by the façade of unanimity put forth by Labour on these so called ‘social’ issues.

There are just as many sceptical MPs on his side struggling with the pressure of their more conservative constituents as there are on the PN’s side. The difference is the utter and absolute totalitarian hegemonisation Joseph Muscat has built in the 9 years he’s been leading the Labour party.

Back when he was not yet leader he knew he had nowhere near that power. For him 9 years ago marriage equality was a moral abhorrence he would never entertain. Had he said anything else, George Abela would be prime minister now.

But political convenience and professional insincerity is stock in trade for the man who campaigned for 12 years against EU membership and now presents himself to the amnesiacs as the paladin of Malta’s European vocation.

The man who ruled out marriage equality to win the leadership of the MLP now accuses PN converts to the notion as people who sacrifice conscience on the altar of political convenience.

Needless to say no one should be getting advice from the prime hypocrite of them all. But we must not ignore him. Because when he dusts the hair shirt to flagellate his opponents you can guess he’s up to no good. We must watch him closely.

And sure enough when the rest of us are tying ourselves up in knots over Edwin Vassallo’s conscience, Joseph Muscat appoints his friend Brian Tonna as official Middle East salesman of the secretly revised residence sales scheme.

Multiple police raids of the Nexia BT offices, multiple magisterial inquiries, mountains of evidence leaked by the Panama Papers journalists: none of these were enough for whoever took this decision to detract from Nexia BT’s supposed credentials.

So we have to ask: what credentials are these? And who decided this? When? How?

Since when have we started accepting government giving anyone lucrative appointments without some form of rotation from an approved list? How did we speed back to the middle ages where kings would grant bridges to loyal knights so they could get a lifetime of income from anyone crossing them?

Why isn’t PwC doing this? Why not KPMG, Deloitte, Grant Thornton? Why aren’t all of them and the hundreds of accountancy and legal firms in this business?

Parliamentary Secretary Julia Farrugia is reported telling The Times there has been some form of competition Brian Tonna won. What sort of competition could a financial services firm that has been in the sort of trouble Tonna’s has been over the past 20 months possibly win: ‘Crooks of the Year’?

We need to know more. Was there a call for people to present their credentials to an independent board? Was its decision subject to appeal? Is the process recorded? Is it public?

No one is surprised by Brian Tonna’s earldom growing in the extended reign of his king. This here. This is what corruption boils down to.

A private person whose only exceptional quality is his close friendship with the prime minister is awarded an exclusive license to profit from the exercise of a core function of the state: the determination of eligibility of statehood. The choice of that person follows an obscure procurement process no one seems to have noticed, no known rules of engagement, no public scrutiny. It is a rotten deal closed in a smoked-filled room while the rest of us outside debate the ins and outs of gay marriage.

Doubtless, Edward Scicluna, likely soon to be Deputy Leader of the PL and on the fast lane to canonisation, will explain at some point that no procurement laws were broken when Brian Tonna was awarded this gift.

He may very well be right. As if there is any legislator anywhere who would have imagined needing to write a law preventing a European government from exclusively licensing a private person to profit from a core function of the state.

But even if laws to stop this may have not been written yet, the government’s actions strike right at the heart of the ethical foundation of the modern state. This is what the French Revolution broke out over: the granting by royal gift public functions associated with profit with no transparency or deference to merit and competition.

While Joseph Muscat satirizes the opposition for being reactionary, illiberal and behind the times, he flies the country back to a mediaeval world where kings rule by decree through the favours granted to their cronies at the expense of the rest.

Joseph Muscat is bashing his bible reminding hesitant PN MPs of the hell that awaits them if they approve of his own law for marriage equality. But who’s bashing the bible for his civic crimes of cronyism, favouritism and yet another layer of corruption that is the rotten heart of this so recently-confirmed government.

As he pretends to tend to the souls of PN MPs, Joseph Muscat’s irony masks the filthiest corruption of ethics in our public administration this country has ever known. 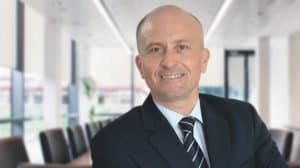