The reason why we have courts is they get to hear all sides of the story before deciding on someone’s guilt. So it is unwise, albeit very tempting, to reach conclusions from a newspaper report of a day in court.

But this The Malta Independent report of the case against Khalen Ben Nasan who blew the whistle on Neville Gafa’’s alleged Medical Visas corruption scam presents a couple of facts that cannot go unobserved. Neville Gafa’ is no ordinary civil servant. He is a Labour political appointee in Castile (see this Daphne Caruana Galizia blog entry for some background) and close associate of the cabal’s capo dei capi Keith Schembri. 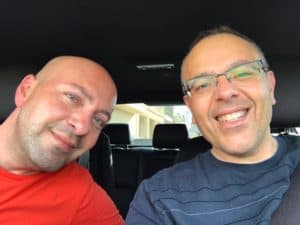 The whistle-blower, who revealed – ‘alleged’ if you prefer – that a Maltese government official extorted commissions from him to do his job, has been hauled to the courts accused of fraud and extortion. This arraignment was not over a separate case. He was arraigned for extortion for the exact same incident. If he was suspected of making a false report about someone why was he not accused of that, and accused of extortion instead?

It all becomes clear when Gafa’ gets on the witness stand. From the Independent report: “Gafa then told the court that Nasan had tried to bribe him by threatening him with the incriminating footage”.

The footage referred to here is evidence that the whistle-blower told the police is in possession of Libyan nationals with names and telephone numbers supplied. The police appear to have ignored this information and refused to grant visas to witnesses that wanted to testify to what they know and corroborate the whistle-blower’s evidence.

But the really weird one here is that this alleged evidence, which the court and the rest of us have not seen, had sufficient value – according to Gafa’ himself – for the whistle-blower to have used it to threaten Gafa’. That’s the extortion bit.

And here’s the odd tautology. If Nasan used evidence of Gafa’s corruption to extort from Gafa’, then surely the evidence of corruption must be sound. At least it must be sound enough for Gafa’ to be concerned about it and for the police to feel they have enough to arraign Nasan and accuse him of extortion.

The next observation to be drawn from that day in court is how much care the police witnesses took to clarify that they were not acting on a report by Gafa’ but on their own initiative. Now that too is odd. Especially considering Gafa testified in court that Nasan got in touch with him after their first apparent fall-out “to resume the business of medical tourists”. Resume you say?

Yet another observation that needs to be made is how the police investigated Nasan’s report that a government official took bribes from him to do his job. They ‘searched’ the office Gafa’ had vacated months before but neglected to visit his current office or his house. If it is so easy to commit crime in Malta and hide the evidence, many people are going to start thinking they’re in the wrong line of work. All the insurance they need is to take up campaigning for Labour on Facebook and they can get away with anything.

Combined with the Pilatus debacle, this is another episode of the police diligently slamming the gate after the horses bolted: in this case months after. 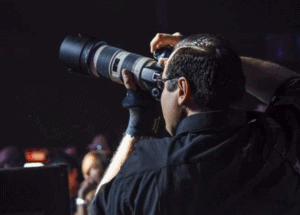 Final observation. The police action in this case is led by photography enthusiast Ian Abdilla, our man in blue in the Pilatus investigation, and the man who thought there were no grounds to prosecute John Dalli’s daughter in the Ladybirdgate case.

This officer made stratospheric leaps in the corps in the space of 4 years, rocketing from a lowly entry-level inspector to Assistant Commissioner and supremo of the white collar crimes unit responsible to prosecute corruption and government abuse.

Since no one watches the watchdog, in this democracy of ours, it is whistle-blowers like Nasan who face prosecution.

Is this an anticipation of the fate of the Pilatus whistle-blower?