Pakistan shows us how

Pakistan’s Supreme Court has just disqualified the Prime Minister there, Nawaz Sharif, from holding public office because his children held secret accounts stashed abroad revealed by the Panama leaks of 2015.

There are no fine points or subtle distinctions. What Sharif is accused of is identical to what Keith Schembri and Konrad Mizzi are accused of. Off shore bank accounts kept secret from the tax authorities to stash millions in funds without a clearly explained provenance.

In Pakistan such an action is deemed to disqualify an individual from being “an honest member of parliament”. This 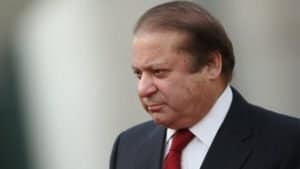 Supreme Court decision has been handed down in spite of strong denials, and the puerile and paradoxical defence that ‘there isn’t enough evidence’ in the state’s case and in any case ‘there’s nothing wrong’ with hiding millions in secretive tax havens.

And that is enough, by Pakistani standards of public rectitude, to dismiss the Prime Minister.

I don’t think the Maltese courts can make what is effectively a moral call as the Pakistani courts appear empowered to do. For any positive court action, positive evidence is needed of effective criminal activity.

That requires investigation and collection of positive evidence that proves wrongdoing. That high bar is necessary to send people to prison.

But the bar is lower for people to resign from public office: well below the knees of Mizzi and Schembri.

The Maltese courts have this week agreed that the Panama papers deserve looking into: some two years after the leak and only after the PN went to the court of law to fight a battle it first tried fighting in the court of public opinion. The Maltese courts will need the police to undertake the appropriate investigations. The police have proven remarkably uncooperative up this point. It is not likely that will change now.

But the pressure must be kept up. This cannot become a personal quest for vindication by Simon Busuttil, tilting at windmills all lonesome. The country cannot afford such a central issue to be folded into the sad and pathetic fate of a jilted and anachronistic crusader who becomes an embarrassment to the new party like KMB and Mintoff became for Labour.

The fact of the matter is the PN under Busuttil was right and is right to fight this issue and it cannot stop now. The leadership candidates have been significantly wary of indulging the subject and though none of them have gone as far as saying the pursuit of the Panama gang was a mistake, there is a significant lack of enthusiasm for the cause.

This raises the sceptre of unconditional surrender. Worse, of switching sides: if you can’t beat them, join them.

If in Pakistan they have been able to attribute political responsibility for corruption, why can’t we? How can we accept to be ridden roughshod like this?