The system of electing the new PN leader is a child of political optimism. The idea clearly is to broaden suffrage in order to create a bond between new leader and a wider community of the led. As of her first day at the job the leader is not only legitimised by the support of the access-all-areas party councillors but by a much broader range of people who call themselves party members by the simple act of paying their subscription.

The wider the suffrage, the greater the legitimacy of the elected leader, the choice of whom is made by  as wide an audience as possible without making this into an attempt at a national ballot. The PN’s invitation to its members to participate in the choice is slightly akin to presidential primaries in the US, say, or now even in France. Since the choice being made is to elect the party’s candidature for high office some time down the line, it is the party as a whole, not some inner circle within it, that get to choose.

Broadening suffrage also removes the possibility – or the perception – of manipulated outcomes where the status quo is made to look like change and the party members are hoodwinked into believing the outcome they had nothing to do with would have been their choice in the first place. The case for one or any other candidate is not made by the relationships they have struck over years and the currency they can cash in with old accumulated favours but rather by argument where the past is only relevant in its negative.

You couldn’t ask for a nobler ambition of a political party than that of submitting itself to the control of its own members.

The power to elect a leader (and deputy leaders) is also a significant reward for the bother to join the party. Traditionally party membership gave you the right (and the duty) to carry the card. Otherwise when standing next to your average PN flag-waving supporter at a mass meeting, nothing could tell you apart. This new development gives supporters a very important reason to join up.

There are some unintended possible consequences to be aware of however.

Firstly, the value of the access-all-areas membership held by the councillors will now be diluted. The special responsibility of choosing a leader that previously belonged to 800 people, now belongs to 23,000. The value of the 800’s experience, commitment and continued engagement is reduced and equated with the value of any member, however much more or less engaged they may be.

Secondly, party membership was not designed for this. The PN has for some time issued life memberships, frankly an abomination in political terms. I myself am a lifetime member – a little inconsistency can perhaps be forgiven. But almost certainly so are many people who joined the party in sunnier days, but have voted Labour in the last 3 elections. Those are people who on paper are party members but who now are at best indifferent and at worst my think this is a good opportunity for mischief.

Thirdly, political parties exist to moderate between the self-assured security of elected governments and the fickleness of the crowd. That function requires them to have a broader participative and decision making space than, say, the parliamentary group, but a narrower space than the general community.

Political parties articulate their own agenda and choose the people to promote and execute it. They do not follow the mood of the moment in taking these decisions although if they are to be effective they have to be more aware of it than the ivory tower parliamentarians sit in.

But if the choice of leader – and by extension, the choice of the political program that leader recommends – is going to be taken by a wide circle of 23,000 we are closer to the general public than to a group of committed political activists. I am not putting a normative right or wrong on this fact. I am merely making the observation that this moderating role in our democracy becomes blurred with this approach.

The nominations are not yet open so we may yet have more players racing for the job. It is way too early to analyse the discourse of the campaign. From what could be seen so far however the discourse has not been bold in programmatic vision. The focus has been on mechanics – as with Adrian Delia’s plan for the party media – and on building bridges – which because of a double entendre to tickle his home audience, is a favourite line of Chris Said.

The fact that the campaign will have at some point to enter a phase were voters will need to be engaged over the media, candidates are instinctively reticent with their political program as anything bold will raise doubts and questions and invite Labour to shoot and to ridicule what it misses. Therefore a broader suffrage could be conditioning the discourse making it tamer, less visionary, even less political. This makes the choice for electors harder because rather than choose between visions and program they choose presentations and appearance.

Fourthly, the election method also has some inbuilt traps that may very well be scaring off potential candidates where other inveterate optimists may have rushed in.

Only two candidates run. In that case the party councillors are reduced to the same level as all the other members as voting goes straight to 23,000 members. That will mean the two candidates will not have been filtered by the experienced party activists and as Donald Trump with the Republican Party, the political credentials of the candidates will never be tested before the choice is met.

The choice will be made by people who never signed up for this responsibility. Unlike councillors it is impossible to assess their commitment but it is fair to say it is less than that of councillors. It may be less accurate to assume they are also less engaged in the ongoing debate, aware of the issues, insistent on the requirements that need to be made.

In very simple terms the members could make a choice that is different from what the councillors would have made but it would be the councillors that the new leader would need to work with to push her agenda through. This could create a new tension in the PN to add to the many that exist. Tensions are natural for a political party that is not staid and stale. Again this is not a normative judgement. It is another observation of how life might change in ways that the authors of this reform may or may not have anticipated. Likely not.

Next scenario. More than two candidates run and the councillors choose the top two. At that point the runner-up does the political thing and withdraws from the race throwing his support behind the leading candidate so that the vote by the members becomes a formal confirmation rather than a competition. The ‘political thing’ is more likely if one candidate gets the support of more than half of the councillors.

Now the risk of the members choosing a candidate which the councillors would not be too happy with is ruled out because of course the choice would have been made for them. But though formal, the process at this stage does not become a formality. Rather it becomes a very tough mountain to climb.

The sole candidate will need the support of two-thirds of the members who cast valid votes. You would think that is not too hard for someone running on their own. If that’s what you think scroll up and think about members who would perhaps rather make a choice that follows the current mood. If councillors are perceived to have chosen to keep a status quo the members would rather change, you could have a backlash particularly since there is a very stark answer to the question you’re asking now: what happens if the sole candidate does not get a two-thirds majority support?

The whole thing starts from the beginning, with fresh nominations, a fresh campaign, fresh voting in the council and a fresh vote for members. We could be doing this till Christmas. And remember until a new leader is chosen, the process to choose his deputies and the rest of the top party leadership cannot even start.

And no one would benefit more from this extended episode of agonising introspection than Labour and Joseph Muscat who will do everything in their power to fire upon this gross vulnerability. Whoever the sole candidate is, she will be facing two weeks of Labour campaigning of the worst kind. We will see all sorts of stories, some of them partly true, that will be aimed at raising doubt in enough PN members the choice made by the councillors is the right one and tempt them to vote to get another shot.

We know Labour media is effective. We know PN members listen to Labour media. We know the PN media is bound not to leap in defence of the candidate not to appear to be influencing the process. That will be quite a fortnight.

Finally a best case scenario when a sole candidate is indeed confirmed by two-thirds of valid votes cast. The question that will be asked then how many of the 23,000 actually showed up to vote. How many of the life members are committed enough to participate? How many of the rest will not be on holiday for the voting season? How many will not be sufficiently engaged to feel they know enough to make a choice? How many will abstain in protest because the councillors had ruled out the candidate they would have chosen?

The designers of this reform wanted increased legitimacy for the new leader, giving her a good starting push when they take over. For that to happen as intended voting participation needs to be significant or the new leader will actually have an additional handicap to contend with once she puts the champagne flute down. 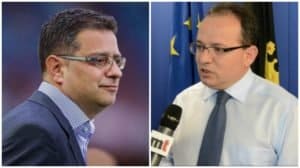