After all the suspicious dealings with the sale of Enemalta; after all the fishy business with the sale of the hospitals; after all the head-scratching findings on the gas tanker acquisition: was he really the only qualified guy to flog our national airline? Is anyone out there, whether they voted Labour or Nationalist or anyone else, not thinking right now of Mizzi’s and Schembri’s kick-back plans?

Here it is, from the prime minister’s mouth, as he is quoted by The Times today:

“When asked why he had given Dr Mizzi a ministry, seeing that he was such a divisive character, Dr Muscat replied that the electorate’s choice should also be respected. His appointment, Dr Muscat said, was motivated by his competence. Like he resolved the Enemalta problem, he would also conclude the Air Malta reforms.”


Yeah. We remember how he solved the Enemalta problem. He sold it off to a Chinese character and had his accountant set up off-shore secret accounts for the two of them.

And so it starts. The first prediction of the “negative” opposition about the eventual re-election of Labour, materialising in front of our very eyes.

The prime minister considers the election result as an acquittal of everything untoward that may have happened before last Saturday. This is not a fresh page. It is the same old page only this time it is whitewashed by popular plebiscite. Here we have it: a clear idea of what the prime minister makes of the rule of law and how that is subservient to the supreme sovereignty of the people who in their majority can throw out evidence and due process and replace it with acclamation.

And as he had done with Konrad Mizzi when he needed him to handle the hospital deal, the prime minister has given him a new Ministry to handle the sale of Air Malta.

And with Konrad Mizzi on the front line and the confirmed Keith Schembri in Castille, the show goes on.

The only difference? The prime minister considers the popular vote of last week not only an acquittal of his gang’s dealings but also an admonishment of their critics. He will describe any hint of criticism as “negative” and therefore defiant of the popular will that has definitively decided this weekend that corruption is no reason to remove governments.

Having neutralised the police and the money laundering investigators before the election, he is now using the same election to emasculate the last remaining free-thinking institutions of the country that can keep him in check: the opposition (all raw and shy from the throbbing it just got) and the press (quivering and shaking from the intimidation it is under by the mob led by the l-orizzont editor dressed as a latter day bloodthirsty Marat).

But we can see them go on with their great big 10 year road map. Watch Enemalta go. But this time,  as they see how to personally profit from the transaction they know exactly what they must do to avoid being found out. Force the resignations of their critics in opposition and continue to rule with the blessings of a majority which by the fact of being that, must always be right. 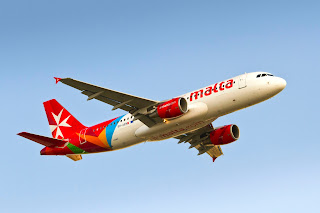 Previous:Is Konrad Mizzi going to be a Minister again today?
Next:Betsson is hedging its bets