Note to the PM: We’re not idiots

By Manuel Delia2017-07-09T21:50:03+02:00Wed, 21st Jun '17, 17:23|0 Comments
On election’s eve, Joseph Muscat, wanted to make sure the justified rumblings among employees and people who economically depend on the gaming industry changed nothing in the outcome he wanted out of the election. Not for him electoral loss because of the economic consequences of the corruption in his government.

So he resorted to the simplest and most child-like corrupt act a government seeking re-election can resort to: he lied.

So untrue were the claims that his corruption was damaging gaming, Muscat’s line was, that more businesses were lining up to open up here once he is re-elected. That is when he ‘announced’ Sky Bet – a prominent brand in the business – was getting ready to relocate to Malta.

How could there be a crisis in this sector, the trolls asked rhetorically, when new business was piling up at the door?

Now of course we know Sky Bet has no intention of setting up anything here.

They announced today an expansion of their Sheffield office where they are seeking to recruit dozens of specialists. There is where they are growing. Not here.

All they’re doing in Malta is paying the local regulator – the Malta Gaming Authority – for a license to conduct their business elsewhere.

There is more to this than the obvious case of malign deception from our prime minister. There’s also a marked failure of his government to exploit the splendid regulatory regime they inherited from the previous PN administration and use it for what it was properly intended: the creation of jobs here in Malta.

We did not write our gaming laws to benefit some business from somewhere else to conduct business somewhere else yet. If we did this just to collect the administrative fees, we would be ignoring the public sector cost of that same administration. Not to mention the 4.3 million euro used to fit out the leased office of the government employees responsible for pushing around their file.

We wrote our gaming laws so that companies could be attracted to set up back office operations, development houses, and administrative offices here, creating jobs for locals and expats, contributing to their personal taxes, spending money on real estate and entertainment and all the other spin-offs.

Not only is simply attracting a gaming business to our licensing counter and nowhere else not a success in the effort to attract investment as such. It is, a disproportionate and expensive risk and exposure for Malta as we regulate and take responsibility to supervise an activity that is not undertaken here without leaving here the benefits of its investment.

I will stop short of interpreting the causes of this failure of the government to attract these jobs and these activities to Malta. It could be because of the reputational damage we have been warning of. Or it could be because they just failed to close the deal in spite of all the structural advantages they have inherited from the smart economic planning of the PN before them.

Either way they must own up to the facts and Joseph Muscat needs to stop treating us like idiots. 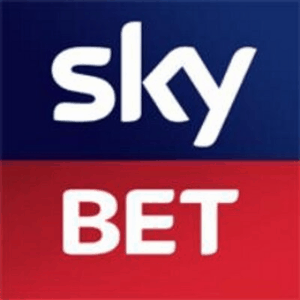