By Manuel Delia2017-07-14T14:35:06+02:00Mon, 12th Jun '17, 16:51|0 Comments
Apart from the political unfairness and criminal illegality of buying votes of entire families by giving unproductive lifetime sinecures to individuals, one should take the time to work out the economic cost of this.

We must do this because economic consequences take a long time to bubble up and they give way like quagmire around the feet of the economy when the political fury and legal clamouring has long since died down.

We have some experience of this already. In 1987, when the PN was elected after the halcyon days of Mintoff and KMB, the Maltese public sector employed 55,000 people. Eight thousand of those (a staggering 15%) were employed in the dying weeks of the Mifsud Bonnici regime bringing it very close, but not quite close enough to re-election.

Because Fenech Adami was not known for his suicidal tendencies, he promised in that electoral campaign to honour those unnecessary and corrupt employment contracts. That was deemed necessary at the time to ensure they don’t have the intended effect of scuppering the PN’s prospects of election, and, as it turned out in the years after 1987, it was very much in the national interest. But we need to think about what it cost us to secure that national interest.

A calculation worked out in 2010 by when some of the 1987 recruits were looking at early retirement, the cost of excess salaries alone for those mighty 8,000 had come up to a billion euro. A billion euro in 13 years. Imagine what could have been done with that. Add to that billion the uncalculated cost of management to try to get them to do something, the administration to handle them, the insurance to cover them, the cost of training them to get some use from them, the ongoing cost of pensioning them and the inestimable cost of distraction to the efficient running of the bureaucracy.

Another cost that cannot really be estimated is the fact that while government retained people that were selected for no other reason but their likely support of the Labour Party, other potentially better trained, more skilled, more efficient recruits were frozen out of these jobs for decades as the PN government worked over time to rationalise size by natural attrition combined with an aggressive recruitment freeze over this time.

There’s a temptation to go down the eminently plausible political argument of how unfair this was to PN supporters who for decades were prevented from getting jobs they were perfectly eligible to because less qualified, less competent PL supporters squatted on those jobs for decades.

But this is an economic discussion so we’ll leave the politics aside for a while.

By 2010, the government had completed the employment ramp-up needed for the Maltese civil service to sustain our membership in the EU. At this point the public sector size was at around 42,000. There was a strict replacement-only policy aimed at retaining public sector size at this level and replacing only retirees in senior positions that needed renewed skills for the complex business of governing the country. Every single position anywhere in the public sector underwent rigorous examination right up to an independent finance ministry committee that would only approve any recruitment by reluctant exception.

The rather less complex business of painting benches and cleaning beaches was still being done by the shrinking but still bloated civil service but these roles would not be replenished as more and more work would be outsourced to the private sector on the back of contracts governed by value for money principles and unburdening the public purse from the ancillary costs I hinted at above that go on top paying salaries.

Sure: recruit as many teachers, LSAs, doctors, nurses, police officers and similar people on direct public services as you can possibly find. But otherwise focus on becoming lean and mean.

When Labour took over in 2013 the numbers were still around 42,000. No pre-electoral compromise was made to the strict and responsible discipline of public sector management even by the Gonzi administration that faced the loss of the 2013 election with well-nigh dead certainty.

Since Labour stepped back in in 2013 up to the last economic survey last October that number had grown to 45,000. Three thousand more employees in a now growing again public sector.

More data is needed to understand how many of these 3,000 were in positions that under the strict scrutiny of the civil service recruitment rules of pre-2013 would have failed to obtain approval. More data is needed to understand by how much more has this number increased in the days and weeks before the last election. Anecdotal evidence suggests this has been considerable. At today’s rates and in today’s money it will take far less than it took after 1987 for this bill to come to a nice round billion.

I can’t wait for Parliament to reopen to allow MPs to ask the right questions to sit down and work this out. There’s nothing nicer than getting a bill for someone else’s job to secure yet someone else’s vote. Quite the arrangement, isn’t it? 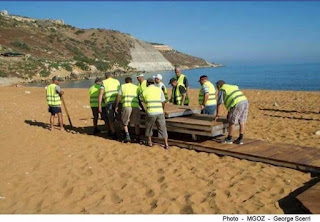