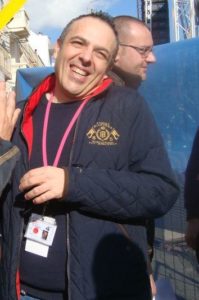 The brief I was given when I was appointed Director by the Gonzi administration in 2008 was to keep an eye on any temptation by the Dubai developers to go for the quick buck and prioritise residential speculation over the objective of creating a hub of job-creating business activity.

That was the job I was given. Make sure they build offices first. Make sure they keep residential development within the limits they agreed. Make sure we support them anyway we can to get the project going.

One would have thought Keith Schembri would have had the same brief after all Labour, from Opposition, had been adamant it only supported SmartCity because residential development was kept at such a restricted ratio.

Watch Joseph Muscat interviewed here in a video spliced by a fan saying himself, and his opposition Labour Party, supported the project because the residential ratio was kept so low. Skip to 0:50 to get the relevant quote.

Muscat was following on the policy lines of his predecessor. Alfred Sant was grossly sceptical of the SmartCity project precisely because he suspected the PN government was fibbing when it declared just how restricted the residential component of the SmartCity development would be.

In this 2006 article, Sant says “People are concluding that the “Smart City” deal could just turn out into another Mosta Technopark project, which will serve to screen the transactions of luxury apartment entrepreneurs from abroad.”

He needed not worry about SmartCity becoming a screen for property speculation while the PN was in government. Looks like Keith Schembri has changed all that.

What will Sant and Muscat say now?

Thanks to Charlot Cassar who helped with the research for this piece.

Previous:Still Smart?
Next:SmartCity: Developers almost say it how it is