SmartCity: Developers almost say it how it is

See this report of the Developers’ Association’s statement on what’s going on in SmartCity.

The gist of it is that it was ok for government to transfer land to a developer (the Emirati owners of SmartCity) to build a job-creating business park. It was even tolerable to accept that some of that land would be developed for residential and commercial use in order to sustain and invigorate the offices development.

But if the terms of that transfer are going to change in a way that forgets the public utility of the project and focuses on maximising the profit of the developers, then there is no justification for the land to be given to the developers at less than commercial rates.

The developers complain of a market disruption. As the government dishes out premium water-front sites at dearth cheap rates for the development of luxury flats, developments on land purchased at commercial value compete at a disadvantage.

The developers are being coy here.

This is rather graver than market disruption by a government playing around with a market. They could make those sort of timid complaints when government speaks of rent subsidies or social housing development.

If the government allows SmartCity to be transformed into a luxury ghost town for billionaires, they would be breaching the constitutional test for the use of public land: that it has a public use that could not otherwise be achieved by market forces. 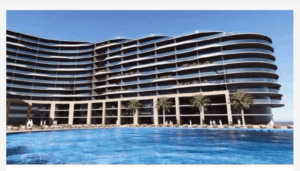 Quite apart from the constitutional legalities which the government will overcome by the same totalitarian parliamentary hegemonisation it now brandishes like a teenage gangster, transferring land to a commercial enterprise not earmarked and permitted specifically for business promotion aid (as ICT technology is and developing luxury apartments is not) amounts to illegal state aid: a subsidy forbidden by law.

The MDA here stop short of saying what they probably think. They declare their objection will be withdrawn if Parliament raises the price that is being charged to SmartCity for the land it develops on to match market rates for land. Perhaps they say so because they do not think such a change is likely in the first place. Or perhaps because they do not want to speak in a way that would discourage the disposal of public land for the development of luxury apartments (as long as the price is not messed up). 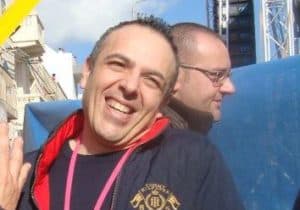 It can be avoided even less when Keith Schembri, founding member and honorary secretary of the Panama-Malta Friendship Society, is the broker of the deal.

A Labour government that in 4 years did not use a penny of public funds to develop a single apartment for the homeless or the new poor who cannot afford spiraling rent costs, subsidises discounts on luxury billionaire playboy pads already for sale on something rather poetically called fatcathomes.com. Is this what is meant by business friendly: government for the 1% paid for by the rest of us 99?

Now how is that for latter day socialism?