Sent in by Lake: 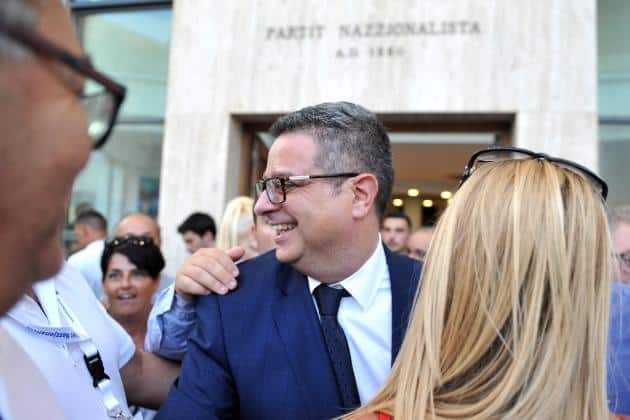 Barely one week ago PN councillors, predictably, decided to reconfirm Adrian Delia as their leader and condemn their party to electoral irrelevance whilst we are left with more questions than answers. Ironically, the whole purpose of this masochistic exercise was to address the big doubts looming over the PN’s head, free the party from its chains of dissent and pave the way for 2022 with Adrian at the helm. To hell with the one third of councillors which voted against or the 84% of the population (64% of PN voters) which doesn’t trust Adrian Delia according to Malta Today’s most recent survey.

“Issa oqogħdu għad-deċiżjoni tagħna” we were told in the aftermath of the vote by the jubilant supporters as they returned to their keyboards once they ran out of champagne and the flares burned out. Admittedly, PN supporters had little to celebrate in recent years and this might be a rare if not final moment of solace for the oblivious crowd of Adrian Delia supporters. You’d think that such a tone is coming from supporters of some unassailable and victorious force hence they feel entitled to rub their triumph in the face of their opponents fully aware that power is in their hands and nothing can take it away from them. However, that is obviously not the case.

What the mob fails to realise is that once the party is over and they step outside into the real world, their chest thumping, their cheers and their gloating all become irrelevant and their invincibility will be blown away with the first autumn breeze. All they’ll be left with is a party which looks more like a cult and like most cults, they usually attract niche crowds and nothing more. On the other side, a wider electorate which has had the opportunity to witness the worst that the PN can offer and in 3 years’ time will hardly be inclined to remove one mob just to have it replaced by another led by the party’s most untrustworthy leader in its 140 year history.

Delia supporters will be quick to blame their leader’s polling misfortunes on all the elements working against him, from bloggers to dissenting MPs as though someone is obliged to cut him some slack because he is new to the game. His credibility issues are of his own making. Each dissenting voice he fails to convince is on him. If he fails to find open doors despite the best of intentions then, at best, he’s unlucky. Politics is not a walk in the park and as Theresa May has shown, she who to her credit is a decent and well-meaning politician, people don’t reward you for good efforts and they definitely won’t pity you. The only way forward is based on credibility, something PN and its leader lack in abundance.

I now turn to PN MPs, those who had the political duty to guide the party in this troubled period and abdicated responsibility whilst leaving such a crucial decision in the hands of party activists. People are watching you, and by people I mean the electorate which doesn’t have the privilege of participating in PN’s internal games. They need reference points amidst all this madness. Are you going to just sit there for the next 3 years hoping to still have a parliamentary seat to sit on once Rome has burned? Your messages need to be unequivocal. Enough with the enigmatic Facebook statuses! You can’t attack this Labour government in the morning and share the same platform with a crook in the evening. Such mixed messages stink of inconsistency and opportunism. You should take the Farrugias as an example and walk the talk even if your own political future is at stake. Coherence is much more important than some false sense of party unity. You owe it to the country!