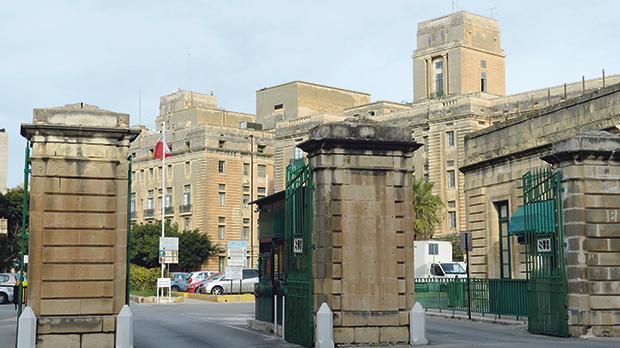 Repubblika is deeply concerned that a Magistrate’s order for the opening of an inquiry into the hospitals’ privatisation is being ignored by the court administration in manifest breach of the law.

The court administration reports to the executive branch and when acting outside the remit of the law, as in this case, we have another unacceptable encroachment on judicial independence by government Ministers.

The inquiry into the privatisation of hospitals was ordered on 18 July 2019 giving the persons identified as suspects a time window determined by law within which to appeal. Three of the four suspects — Edward Scicluna, Konrad Mizzi and Chris Cardona — appealed. The fourth suspect, Ivan Vassallo, did not appeal and should now, by order of a Magistrate, be the subject of an ongoing inquiry.

Repubblika has this morning filed a judicial protest against the Court Registrar demanding that the Court administration implements the law.

Yesterday, nine days after the inquiry was supposed to have started, we were notified by the Court of Appeal to whom Ivan Vassallo did not resort, to comment on the Court Registrar’s request for the case file in order for the inquiry to commence.

We are outraged at these unjustified and illegal delays.

It is clear that the government’s interests are best served by this inquiry not happening. On a personal level, government Ministers are appealing court decisions and throwing in delaying tactics to prevent investigations. That is an abuse of the law whilst appearing to stay within it.

But the failure to follow explicit Court orders and to allow for more time for evidence to be hidden and destroyed before inquiries commence is not merely abuse of the law, it is defiance and breach of the law.

Repubblika’s role is to act as a watchdog on rule of law breaches. We will do this to the best of our ability. But it is one thing to point out errors that in a functioning democracy would be corrected. It is altogether a different reality for us to find ourselves governed by a regime that acts as if laws apply to everyone but its own corrupt cronies.

A copy of our judicial protest follows. 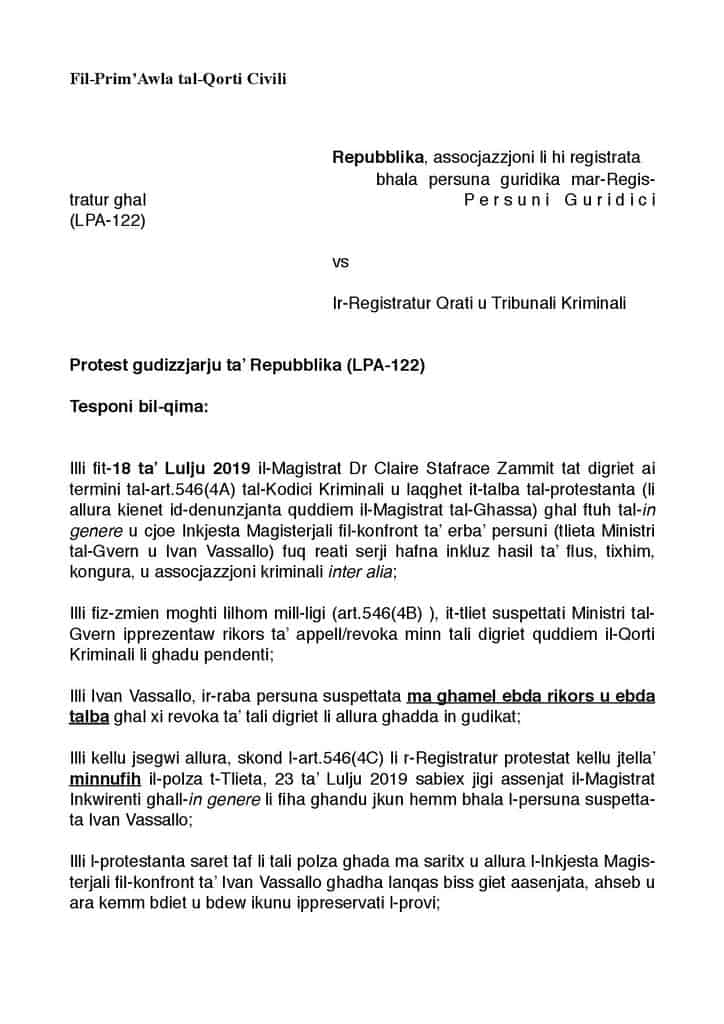 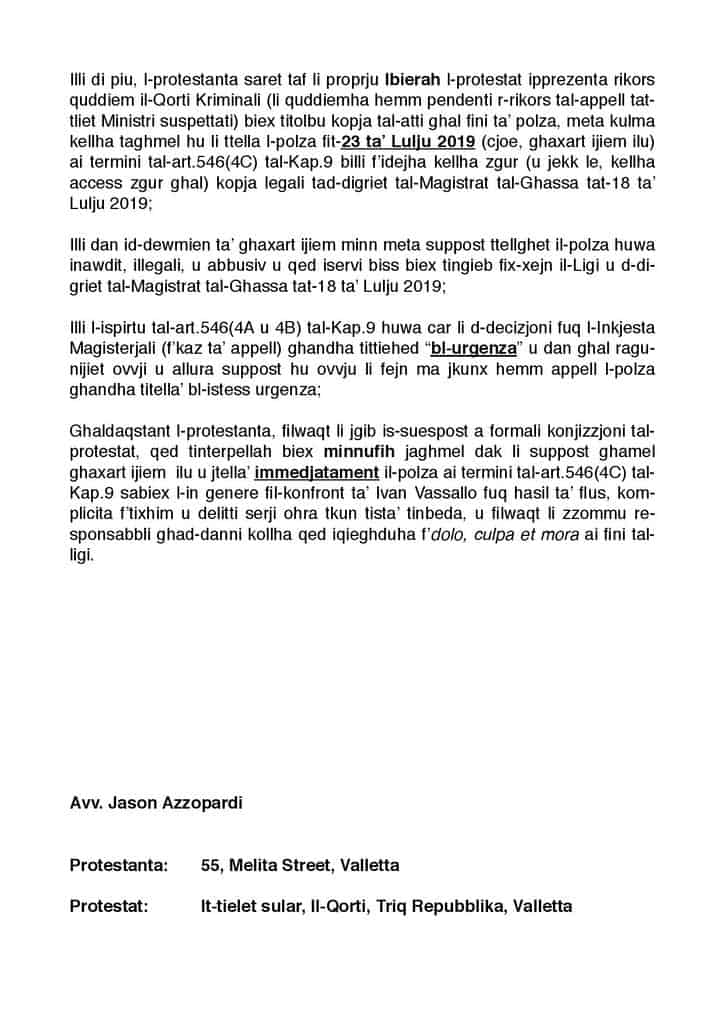