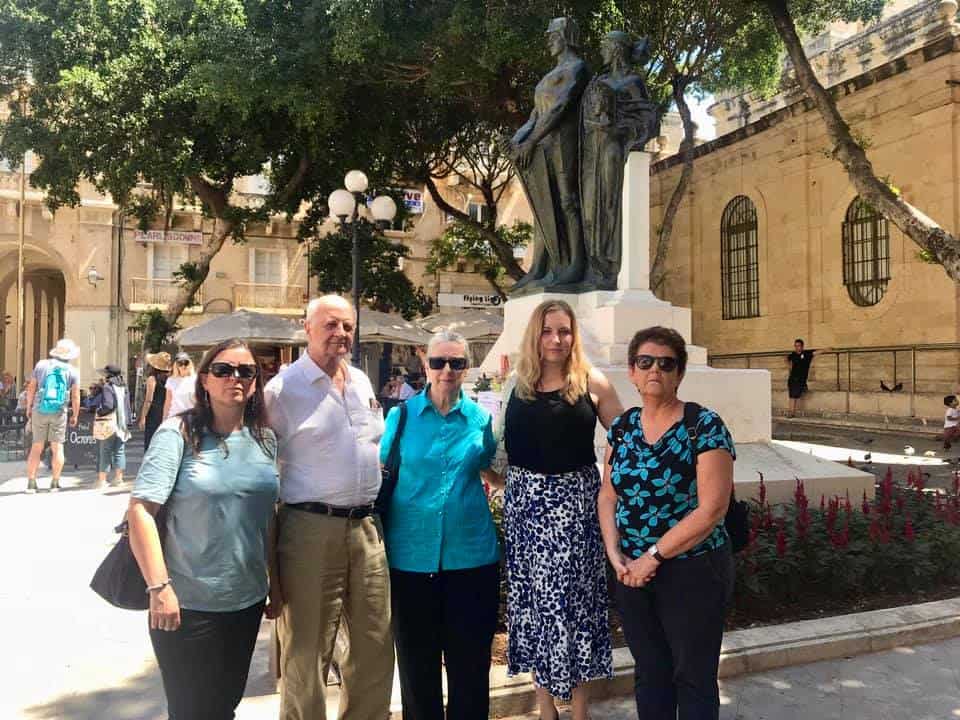 Whenever someone pops in from the outside to look at what’s happening in this country, we are reminded we’re not entirely mad. Because sometimes that’s how they make you feel.

Last Friday Ann De Marco proudly outed herself as the woman responsible to restore the Daphne Caruana Galizia protest site in the Great Siege Square in Valletta every bloody morning of every blasted weekday. Often, more than once a day. Sometimes, more than twice.

Others help out weekends and many surprise her by leaving flowers and candles for her to find after their occasional visits to Valletta.

But Ann De Marco is the curator of the memorial to the known soldier that was Daphne Caruana Galizia. Some people say they never know what to do about all the corruption and abuse of power. Ann De Marco exemplifies the transformation that a person can undergo when they walk through a cathartic, blinding moment of injustice like the killing of Daphne Caruana Galizia was for her and many others.

Without much theory and certainly no fanfare she embodied civil disobedience and peaceful protest. She best represents the few stand-up-to-be-counters whose intuitive public-spiritedness has found a way and is energised not by inspirational leadership, or the example of the crowd, or the comfort of a political party. Quite the contrary she stepped up in spite of the absence of any of that.

And she became a thorn in the side of a frustrated, irritated, prone to error government that simply does not know what to do with her protest.

For in placing a quote from Daphne, a picture or two of her, and a flickering candle every blessed day of the week, Ann De Marco has found a way of nibbling at the clay ankles supporting this self-important government.

Her daily chore might at first appear Sisyphean in its futility. She puts the protest site up and moments later, whether by enthusiastically volunteering thugs or conscripted reluctant bureaucrats, the protest site is wiped out.

But in that little gesture, repeated, unrelenting, unbowed, she has shown up our government in the eyes of the world exactly for what it is: embarrassingly petty, primordially misogynistic, unforgivably violent, reliant on the ignorant compliance of its army of bored, angry men.

More than anything else, Malta’s regime attacks on #DaphneCaruanaGalizia’s shrine makes me determined to expose those who paid for her assassination https://t.co/OXrd4Pbjao

Just a reminder: this is in response to memorial posters for a journalist killed by a CAR BOMB… for which no- one has served justice. Doesn’t that strike you as at the very least a bit bloody weird, if not downright effing suspicious???? #DaphneCaruanaGalizia https://t.co/UgPicekuos

The government’s behaviour at the Great Siege Memorial is not merely abusive, arrogant, morally repugnant and legally unsound. It is also suspicious.

Less ridiculous, more powerful, longer-standing regimes have been devastated by the determined action of sole activists like Ann De Marco who exceed the government they protest against in no resources except unfathomable stubbornness.

Those idiots who shouted ‘bitch’ at Rebecca Vincent, the Reporters Without Borders activist who accompanied Ann De Marco yesterday in her daily ordeal of facing down self-loathing, women-hating, bullying thugs, don’t know what they’re up against.

“Bitch” was shouted at me several times by a group of older men sitting on a bench near the Valletta protest memorial for #DaphneCaruanaGalizia, as I put up some posters. Those who are out here every day get it far worse. They deserve our support – this shouldn’t be the norm.

They are the Sisyphi of this story. Every day they remove the protest site calling for truth and justice for Daphne Caruana Galizia and before they know it they find it back up again glaring down at them like with the hot eyes of the school-mistress of their wayward infancy.

Unlike them, Ann De Marco knows why she’s doing what she’s doing. She’s not fronting for crooks, never mind murderers. 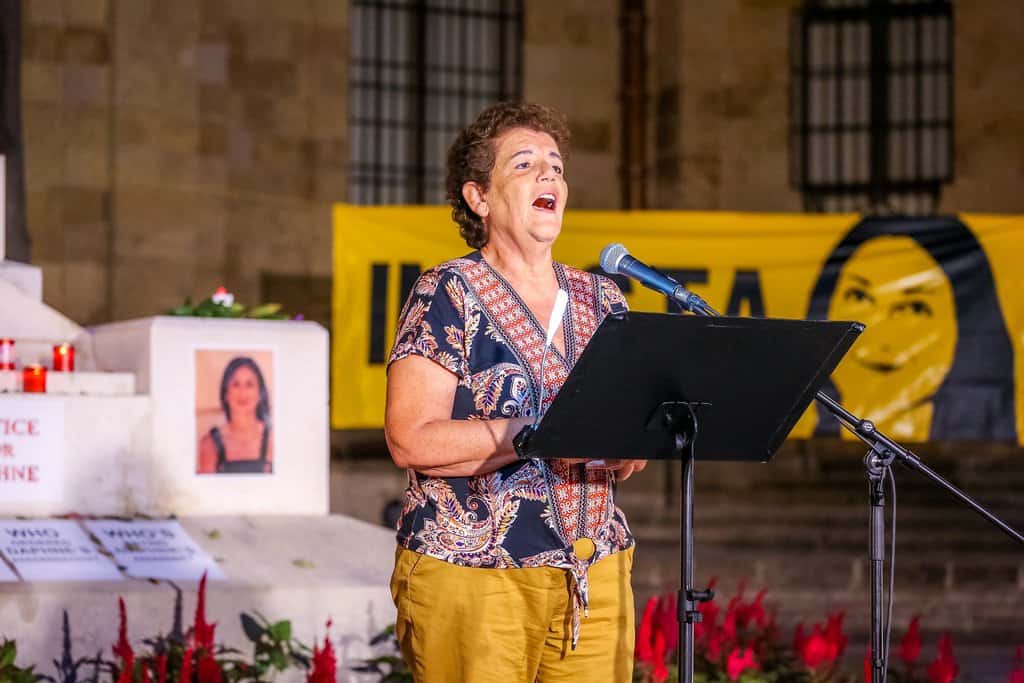 Previous:The PN’s deputy leader sent me a message
Next:INTERVIEW: The man who came in from Baku (2)