This is Clint Camilleri, a government minister, seen here on national television well within the recommended two metres of space around people he does not live with. 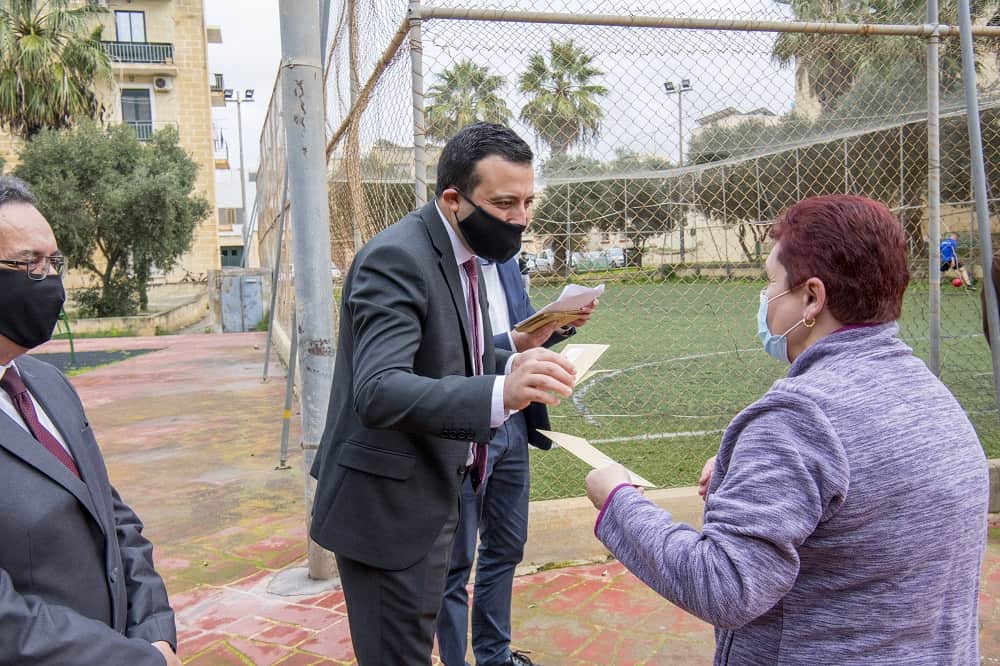 The woman in the picture is a resident of a Gozo residential area and like dozens of others in her neighbourhood, she put a solar panel on her roof. The government owes her a few hundred euro as part of a scheme subsidising the panels. The government did not wire her the money, it did not Revolut her the money, it did not even have the 20th-century decency of mailing her a cheque in the post.

The government dragged her and her neighbours, in the middle of a covid pandemic during which the lady is being told to reject her children’s invitation to Christmas lunch, to a photo-opportunity so that the minister can personally hand out payments as if it’s his money.

This grand government scheme is, according to TVM’s breathless reporting, worth €15,000 and that, ladies and gentlemen, is worth the risk of a covid outbreak all over Taċ-Ċawla in the Victoria outback.

We’ve had covid for almost 10 months now and Minister Clint Camilleri hasn’t learnt how to wear a mask yet. For the umpteenth time, cover those fucking nostrils of yours you, over-promoted infant. Haven’t you heard that the nose holds more potential to become infected with covid when compared with the rest of your respiratory tract, even your throat and lungs? You are leaving your nose exposed because you’re comfortable breathing through it. When you do that, you are simply more likely to become infected when you inhale.

But we’re not really worried about you, Clint Camilleri. I mean, if you have to take two weeks off in isolation the most we’re likely to miss is yet another stupid photo opportunity. But when you’re around, ordering little old ladies to come feed from your palm like oblivious pigeons whilst half-masking like an exhibitionist with his willy popping out of his trench-coat, you are likely to generate more potent infectious particles than if you exhaled through your mouth, given that the nose has cells that have a higher affinity to become infected in comparison to the rest of the respiratory tract.

Previous:Another WTF moment brought to you by your dear government
Next:Background reading