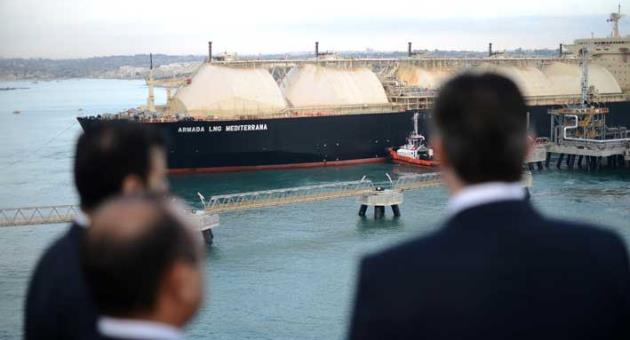 Just because it’s funded by the EU, it does not mean we should not reflect about the expense for an undersea gas pipeline to feed the power station owned and operated by Electrogas. After all the EU money we choose to spend on it is taken away from other potential alternatives which may, after more analysis, prove to be more beneficial or less harmful.

The gas pipeline idea is not new. It’s been part of the national strategy for a dozen years. But the world has changed in these dozen years and just because something was desirable when this journey started, does not mean we should not be stepping back and see where this should fit, if it fits anymore.

However connected to the European electricity grid we will ever be, Malta will always need to generate some electricity on shore. We have no choice. We cannot change the fact that we are an island and even if there were five undersea electricity cables plugging us into Sicily (up to now there’s only one) we can’t risk going to the stone age if there’s some catastrophe like a major earthquake or whatever. This is like needing diesel generators for a city hotel to keep the show going if the city network fails.

If we are going to have domestic generation that can step up in case of failure from all overseas sources, current technology does not allow us to rely on renewable sources for all our needs. The country is just not big enough to have enough wind turbines or solar panels for that.

That’s when Electrogas came in. The thing is the government did not engage them as a back-up resource and a minor contributor to the mix of energy sources in normal times. For well-documented and corrupt reasons, the government undertook to buy from Electrogas all it produces. That is one of a series of well-documented unilateral disadvantages that were only allowed because of the corruption in the background of the agreement.

Addressing that fact is well and truly overdue. It is unbearable to think that the police have still not gotten serious about the illicit relationship between Yorgen Fenech on the one part and Konrad Mizzi, Keith Schembri, and Joseph Muscat on the other. It is intolerable to hear prosecutors express the belief that Daphne Caruana Galizia’s life was taken away from her because of this scandal, and still the man accused of ordering her killing will continue to profit from it.

The EU cannot do much about our failure to enforce laws against corruption. But they have missed opportunities in the past to put pressure to bear by insisting that EU rules are complied with. Consider the Commission’s decision to clear the guarantee given by the government to Electrogas when they needed to borrow from Bank of Valletta double its yearly turnover because their lead partner went bust. The Commission said the guarantee did not breach state aid rules. Perhaps it did.

The funding of the pipeline will not, formally speaking, be a certificate of immunity for Yorgen Fenech and the people he allegedly bribe. The police and prosecutors need not be discouraged from acting on evidence of corruption, no matter where the funding of the project comes from.

However, as the Italians say, we know our chickens. EU funding will give the project greater legitimacy, making it even less likely for the authorities to act on their responsibilities when they haven’t done so without the cover of manna from Brussels.

The Commission can assuage its own conscience by saying that the funding of a pipeline would not, technically, be complicit in the corruption that gave the owners of the power stations using the gas passing through the pipeline they funded, the right to do so. In practice, they will be.

The least EU institutions can do is insist that the questions of corruption around the Electrogas deal are resolved and acted upon, before funds go towards giving this rotten deal a European veneer of respectability.

It’s bigger than this, though. Ahead of the worldwide summit on climate change an internal debate raged within the EU on whether EU money should continue to fund cross-border gas pipelines. A decision was taken earlier this year for the practice to stop. EU funding should go towards supporting the transformation the EU must undergo away from fossil fuels and towards renewable sources of energy.

If we are serious about doing something about the climate emergency, it should be inconceivable that we spend money on rolling out new dependencies on fossil fuels. Malta and Cyprus successfully lobbied to be exempted from this new rule. Size and isolation come into the argument.

But can we stop for a moment believing the bullshit we give others and have an honest think about this? Do we absolutely need this pipeline?

There are arguments for it, no doubt. If we are to have some domestic generation, and if that domestic generation needs to be big enough to the extent that it would be too big to consider renewable sources for it, then gas is the most desirable option. The fuel storage ship in Marsaxlokk Bay is one of the worst eyesores in the country and its removal is devoutly to be wished. The pipeline would remove the need for the tanker, which is certainly a plus.

The climate emergency forces us to think a bit longer term than that though. It is true that removing the tanker is within our power and saving the world from overheating (whether we do the pipeline or not) is hardly in our control.

But if we used the money that is being earmarked for the pipeline to set up more undersea cables (to reduce the chance of a catastrophic disconnection from the European electricity grid) we’d be able to do our bit and buy electricity generated from renewable sources anywhere in Europe.

We can’t have enough wind turbines for all our energy needs, but we can plug into where they are and keep the gas-plant as back-up.

That would require us untangling the commitments Konrad Mizzi sucked us into with Electrogas. It won’t be easy. We have a similar situation with the hospitals contractors who have a prenup that says we have to pay them €100 million if we catch them cheat on us.

It may also mean living with the tanker in Marsaxlokk for longer than we hoped which, I admit, is a bitter pill.

Consider the opposite scenario. If we build this pipeline, we do not merely legitimise our rotten deal with an alleged journalist-killer making him ever richer for doing us the favour of robbing from us, though that is bad enough.

We also legitimise the misguided commitment to depend primarily on fossil fuels for generations from now. As the world gets serious about the urgent need to make the transition away from fossil fuels, we go the opposite way.

That is not just a problematic fashion choice. If you need to think for decades ahead, you need to rewind your analogies a few decades back. Imagine this decision was not about gas, but about coal. Imagine deciding to build a coal-fired power-station when coal is being wiped out planet-wide. We’d be building a power station dependant on a fuel resource that will become hard to find on the market as no one bothers to dig it up anymore because no one else is buying it.

That won’t happen for gas for a while. But an investment of this size (and though the money comes from the EU the decision to divert such a huge chunk of the funds allocated to us away from other investments still carries an enormous opportunity cost) cannot be judged by the photo op of some minister waving the tanker good bye.

Try to see it from the point of view of the people who in several decades’ time will be decommissioning the pipeline, resenting us for putting it there when it was still cool enough to stand outside in summer; resenting us for choosing to spend that money in fossil fuels at the same time as we commit to deal with the climate emergency, instead of spending the same money for undersea electricity cables to help us use renewable energy for our living needs.

We speak of derogations from EU laws as major achievements, or the national interest. Sometimes, I suppose, they can be. The fact that we are so loud in proportion to our size allows us to get away with things all the time. Here we’re getting away with ignoring Europe’s courageous and expensive commitment to find cleaner ways of generating electricity. Do we have to? Should we?