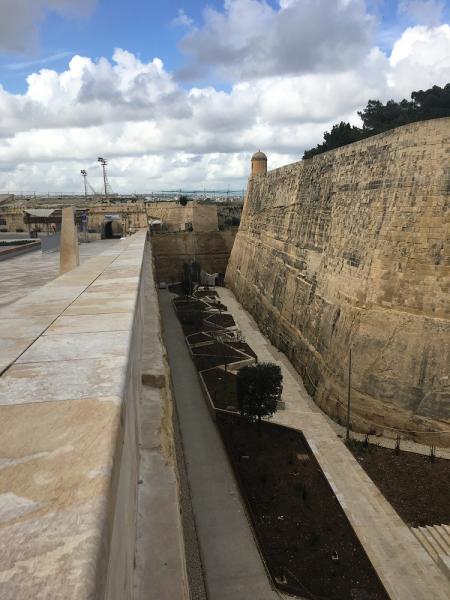 This interview was timely and the questions asked pertinent. After the episode when a man was urged to jump off a bastion by onlookers filming tiktoks, instant psychologists sprouted everywhere with their insight. And of course, present company included, many have commented on suicides in prison under Alex Dalli’s regime. An interview with a psychologist, a prison psychologist even, should have given us some much-needed educated clarity on these subjects.

Second, as both the interviewer and the interviewee point out, too many people think they can be psychologists without the bother of training. Gail Debono is a psychologist and I’m not, so you’d be wise to keep that simple fact in mind while you read this.

On the question of what the scenes in Valletta of people encouraging a man to jump to his death mean about us as a society, or even how it reflects on the persons that urged him to jump, or on the people who shared the videos on social media, or on the media who reported or the commenters who commented on the incident, I confess I found Gail Debono’s replies, broadly speaking, unhelpful.

I imagine it’s the science talking but she says we should draw no conclusions about the people who openly goaded a man to kill himself because they possibly did not mean what they said but just thought they were being funny. We should draw no conclusions about the quality of empathy in our society because some people she knew could not even bear to watch the video out of sympathy for the poor man. (I’m one of them by the way. One of the people who couldn’t bear to watch that is, not a friend of Gail Debono).

She thinks it is good that people shared the videos because “people would not have believed this really happened, had they not seen it with their own eyes.” But why did they need to believe it if the video says nothing whether about the individuals shouting ‘jump’ or about society at large?

The final contradiction in this series of apparently random and mutually exclusive considerations was that though “not in favour of censorship”, “ideally, people should not be allowed to share these videos”. But if ideally they’re not allowed to share videos, would that not mean that people would not believe what really happened?

Given that all this was given together with a health warning that too many people think they know more about psychology than they actually do, I feel warned that these unhelpful contradictions that seem designed to ensure we learn nothing from this or to teach us at least that nothing can be learnt from something like this, is the best advice psychology can give us.

Worthless. Unless, Gail Debono seems to suggest, there are very many more people calling for very many more other people to jump off cliffs or bastions to their squishy ends. Then she’d be able to tell us if there was some social psychopathology we needed to deal with.

I’m frustrated by that. I feel like I’m lying on a hospital bed looking up to a doctor who tells me that just one unexpected growth inside my head is not enough for a diagnosis. It’s not even enough for the doctor to care. I should call her back when I have 5 unexplained growths in my head before I am interesting enough.

Or should that be 14 growths? Because the second half of the interview focuses on Gail Debono’s work in prison. She is careful to point out something her interviewer was clearly aware of because he worded his question accurately when put to her: not all 14 unexplained deaths under Alex Dalli’s prison stewardship have been caused by suicide.

Whatever portion of the 14 have been suicides, however, it is clearly still not enough for Gail Debono to draw conclusions such as that something out of the ordinary, even in the extraordinary circumstances of prison life, might be causing these untimely deaths.

Again, her replies are maddeningly confusing and replete with contradictions.

She speaks about enhanced psychological care in the last few years since she (and Alex Dalli) were employed to work in the prisons and improved oversight of prisoners particularly at times when they are most vulnerable to consider suicide or to act on those considerations.

She describes an overall effort by the prison management that can succinctly be described as anti-suicide.

To the eminently understandable question on whether Gail Debono considers the number of suicides during Alex Dalli’s term as “a high number”, her first reaction is to shrug. She shrugs. Or at least that is what the interviewer reports in square brackets. I wonder if she got that response from clinical training.

“One death is a ‘high number’, in my opinion.” Good. That I understand. She goes on. “Realistically speaking, however…” and she goes on to explain why suicides are inevitable in prison because, you know, it’s prison. It doesn’t matter it seems if you have a prison chief putting guns inside inmate’s mouths or luring inmates with several suicide attempts in their past from the psychiatric ward to the general prison population where they proceed to kill themselves less than two weeks later. Suicide in prison, Gail Debono, seems to be arguing is just a fact of life, like a smelly toilet.

She seems to be reducing her work there, the changes she was part of, and the improvements she says Alex Dalli has overseen to an exercise in futility. Because if there is no measurable consequence to all the alleged effort to reduce suicide, the effort is nothing better than useless.

If it had been useful, she could have done more than shrug. She could have compared the suicide rate in the last years with previous years.

She points out prison population has increased lately which sounds like a compelling defence. Except there’s an app for that. She could report the figures on a per capita basis or on a comparative basis with other prisons and that would tell us if we have or do not have a problem.

And, though not within her control, she could discuss policy reasons why prison population has increased so rapidly because if that is the cause of an increase in the suicide rate (not merely in the absolute number) that could give us an alternative explanation to Alex Dalli’s now legendary management style.

It seems to me after reading the interview, that Gail Debono would prefer for people who are not prison psychologists, or the former prison director, not to have an opinion on prison deaths. Because we’re not psychologists.

We’re not. The prisoners who killed themselves aren’t either. We’re just asking why they killed themselves and Gail Debono does not seem inclined to give us answers. This didn’t start with her interview with Raphael Vassallo. She admitted reading press reports and comments for a while about prison conditions and looking into what was reported. Until she stopped reading. Presumably she did not read reports on why Alex Dalli “suspended himself” or two prison guards were charged with involuntary homicide. Presumably she’s not reading this.

I find this all rather unhelpful.