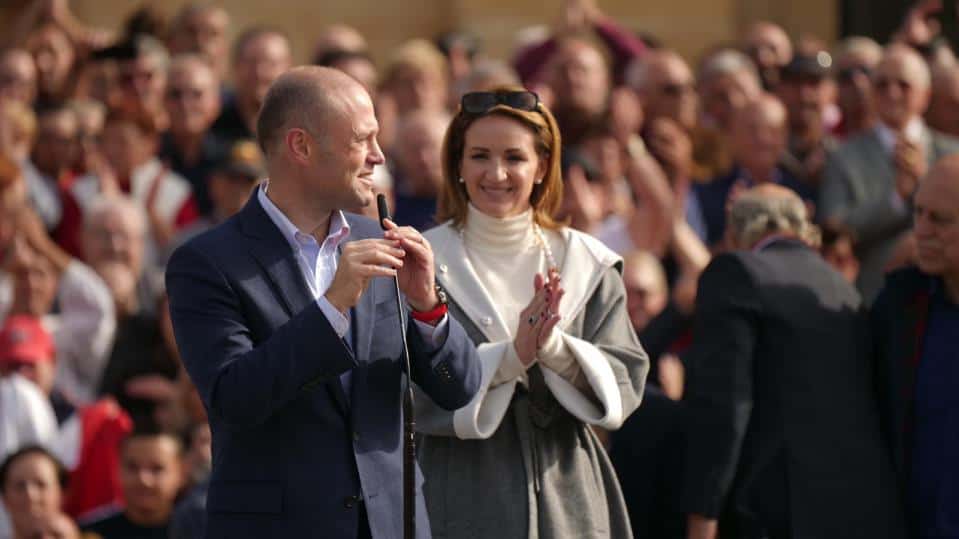 Joseph Muscat will try to spin himself out of this because he’s spun himself out of much worse. But not showing up to argue in the libel suit he filed against Christian Grima and having his case thrown out as a result is simply an implicit admission that he does not fancy his chances arguing successfully that the suggestion he is in some way responsible for the killing of Daphne Caruana Galizia would be harmful to his reputation.

When news of the libel suit first came out last May I wondered what possessed Joseph Muscat to file it at all.

You can read my comments from the time or stick to the following brief summary of the facts instead.

Michelle Muscat had given a TV interview pitying herself for “whatever happened” to Daphne, because, you know, we’re talking about Michelle Muscat.

Christian Grima reacted to this on his Facebook wall. ‘What do you mean “whatever happened”? Your husband blew her up, that’s what happened,’ or words to that effect.

Joseph Muscat reacted angrily and filed for libel. Which I thought was strange. How would he have defended himself from the argument that an inquiry he appointed had already found the state responsible for the killing? Was he not prime minister at the time? Can the prime minister extricate himself from the responsibilities of his government? Especially when the inquiry was only really blaming his cabinet ministers for not having the cojones to force him to fire Keith Schembri and Konrad Mizzi. So ultimately the fault lies with him.

Joseph Muscat is a principal protagonist of the state’s actions that generated the atmosphere in which Daphne Caruana Galizia could be and was killed. Christian Grima’s retort to Joseph Muscat’s wife was never intended, and cannot be accused therefore of failing to be, a forensic analysis of the events that brought about Daphne’s killing. But they’re essentially true and correct. And Joseph Muscat realised, after a brief moment of madness when he filed the libel suit, that he cannot convince a court to disagree with that simple fact.

And though he still faces no charges, the suspicion of criminal responsibility is still reasonable. Joseph Muscat denies it forcefully.

His conduct after the assassination, his continued relationship with Yorgen Fenech after he was told the police suspected him, the inclusion of Keith Schembri in briefings on the investigation, the way he managed pardon applications, his conduct on the night before Yorgen Fenech’s arrest, his conduct on the night before Keith Schembri’s arrest: all these are very serious clues that justify suspicion that he knew more about the murder than he admits, certainly after it happened, perhaps even before.

He is, of course, innocent until proven otherwise. And the police have declared they are not looking for any more accomplices in their murder investigation. We recognise those facts. Forgive us if they don’t sit well.

While so many questions remain unanswered, including questions on the murder of Daphne Caruana Galizia itself, not to mention the corruption she exposed and Joseph Muscat sought to cover up, suspicions are eminently justified.

He was prime minister. His reputation is muddied by his own behaviour, his decisions, the lies he was caught in, and the answers he refused to give.

And frankly, if it was ever possible for his reputation to get any worse, it did just today. He was unable to defend himself from the charge “he blew up Daphne”. He’ll say the dog ate his diary, or he had the piles, or he couldn’t reschedule a brain transplant due for today. Whatever his excuse it is not going to be good enough to justify missing the chance to say why it’s not true he didn’t blow up Daphne.

Today, the suspicions he faces, are that little bit more justified than they were yesterday.