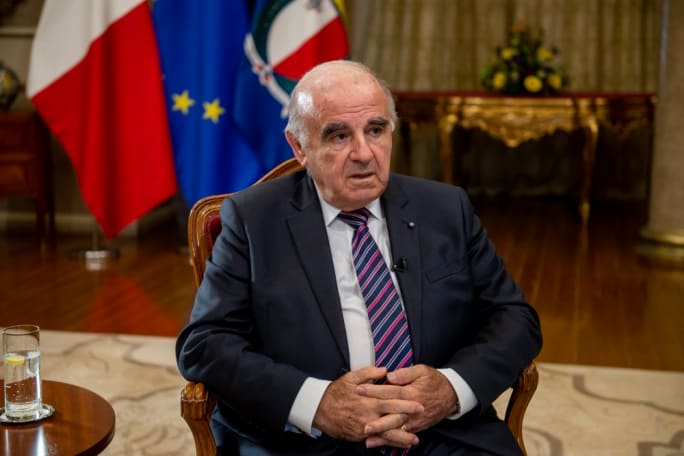 PN MP Ivan Bartolo, who voted against the changes to the IVF law, made the observation in Parliament that the government gazette was claiming the president signed the bill adopted by parliament into law, when, Ivan Bartolo knew, George Vella hadn’t done so.

The notice was pulled from the website, Times of Malta explained today, and never made it into print. That means the department of information is guilty of little more than an embarrassing mistake, rather than an anti-constitutional coup.

Times of Malta explains that George Vella appears to be unwilling to sign the law because of reasons of conscience. He will leave the bill in his in-tray until he goes on holiday in August and his replacement as Acting President can sign it in his stead.

This is just the sort of moral sophistry that brings people of genuine conviction into disrepute. Acting this way George Vella doesn’t seem to be worried about the true implications of the law or about any moral imperative he may feel imposed on him by his faith to take a principled stand against it. He seems to be worried instead that at some final judgement he’ll be held to account if his signature is on the law but not deemed responsible if someone else’s signature is on the law.

This is more serious than it may sound at first. Malta is a purely parliamentary democracy and Malta’s president, in the act of making laws, has a purely ceremonial role. There are arguments in favour of giving the president the power to push back bills approved by parliament accompanied by reasons for reconsideration. Those arguments usually propose limiting such powers to questions of constitutional compliance, not moral queasiness. But that’s academic. As things stand our president does not have the power to push back laws approved by Parliament. End of.

The President therefore has only two options: to sign the law immediately Parliament approves it or, if a moral conflict does not allow him to do so, to take a stand against the law by resigning office.

Letting the matter hang for a temporary president to resolve while the proper president is on holiday is unseemly, unprincipled, and quite possibly unconstitutional.

The constitutional obligation is clear: the President must sign. George Vella is dodging accusations of acting outside his powers by not publicly acknowledging that his personal disagreement with the law is the cause of the delay in its signature. He is instead saying “the law will be signed,” speaking in the passive voice, relying on ambiguity to give himself wiggle room.

That is being, to put it mildly, creative with the intentions of the constitution to avoid following it. As in “creative accounting”, for example, which does nothing to increase the standing of the accountants who practice it in the eyes of society. In the case of the Presidency, the best one can say of it is that it makes it utterly undignified behaviour.

I’m not going into the merits of whether the objections of those against this law are reasonable, right or wrong. This is not a moral discussion, even if the justification for this impasse is supposed to be moral. This is a discussion on the workings of our democracy.

Our democracy entrusts Parliament, and only Parliament, with making laws. True, the procedure requires a law to be printed in the Government Gazette as one of the tests for its validity. But we can’t have a situation where if the foreman at the government printing press has a problem with a law approved by Parliament, Parliament’s decision does not get implemented or its implementation is delayed because the printer does not run the printing machine.

That’s what the President is in this: a cog in the sausage making machine that produces laws. He’s no more influential on the process than the foreman at the printing press.

Of course, no one can be forced to do anything against their conscience. But if this is a matter of conscience, then dodging constitutional obligations, playing peek-a-boo with the press using carefully crafted equivocations (you’d think Dr Vella was a lawyer) to look good on both sides of an opposing argument, while using the convenience of getting someone else to do one’s job, is just not the way to act with the courage of one’s convictions.

George Vella is no pro-life, embryo-protecting, heroic soldier of conscience. He’s more akin to a quivering coward who thinks he’ll get away with it at the pearly gates with an excuse unworthy of a school-boy: ‘but sir, I didn’t sign it!’.