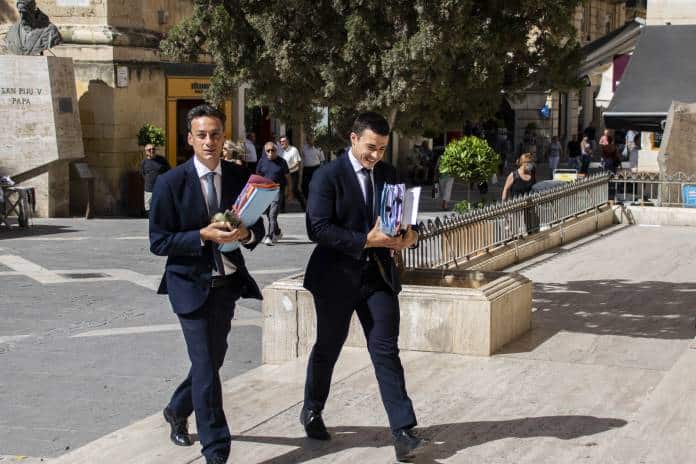 The former chief justice, Joe Azzopardi, is growing into the role of the go to guy for the government when they need an inquiry to smooth things over, Humphrey Appleby style.

He has just been given the job of looking into the acquittal of Charles Mercieca and Gianluca Caruana Curran who were let off after the attorney general accused them of a different crime to the one they had been undergoing criminal procedures for during the previous two years.

At first it appeared to have been a stupid mistake. The AG charged them with the crime of having received a bribe although the preceding procedures were about the crime of attempting to pay a bribe. The incident, you will recall, arose when Gianluca Caruana Curran and Charles Mercieca, lawyers for Yorgen Fenech, met Times of Malta journalist Ivan Martin to argue for better coverage for their client. At the end of the meeting Gianluca Caruana Curran proffered a wad of €500 notes which Ivan Martin declined and then reported.

The AG, apparently, does not agree she had made a mistake. She has appealed the acquittal saying the court misread the meaning of the laws she charged the lawyers under. No idea where that’s going. Not very far, I should imagine. The Magistrate was pretty clear when she said that the facts amounted to one sort of crime but the AG had charged them with another, the wrong one.

The justice minister seems to share the scepticism. He has appointed Joe Azzopardi to conduct an inquiry into what everyone who prefers, against all evidence and common sense, to give AG Victoria Buttigieg the benefit of the doubt, continues to call a ‘mistake’.

Azzopardi has already conducted another inquiry into the affairs of the prosecutor’s office. That inquiry was also connected with Yorgen Fenech’s machinations. And, that inquiry also had Charles Mercieca as its subject.

Charles Mercieca had been working on criminal prosecutions since he was employed by the prosecutor as a trainee in August 2018. He was hired as a lawyer in January 2020. On 30 April, just 3 months into his substantive job, he told the AG he was quitting. He handed in his resignation on 4 May and the next morning lawyers’ jaws dropped when he showed up in court holding Yorgen Fenech’s brief. Literally overnight he went from being the lawyer for the state to the lawyer of the boss of the state within the state. “Alleged boss”, to preserve the proprieties.

Joe Azzopardi had been brought in to investigate the matter. He found nothing untoward. Charles Mercieca was not working on the Yorgen Fenech case when he was serving in the prosecutor’s office and in any case, he broke no explicit rules, Azzopardi assured us. Judge Joe Azzopardi did suggest that rules to prevent just what had happened needed to be written down. Whether that has happened since is both a mystery and a moot point, since the affairs of the world of professional ethics in the legal profession are shrouded in secrecy.

The Chamber of Advocates has not even pronounced itself, at least not publicly, on whether Mercieca’s behaviour brought the profession into disrepute,

I’m not a betting man: had I been, I’d put a couple of shillings on another inquiry signed by Joe Azzopardi doing little more than enabling Yorgen Fenech and his supposedly zealous prosecutors, not to mention the Labour government, to find an outcome with which they can all be happy.