First time voters in the last election were barely conscious of their surroundings when Malta was already an EU member state. The big battles were lost and won. The PN in government was known to them for the occasional complaint they would have heard about any little thing that went wrong.

There are natural disadvantages to years of incumbency that by definition alternate between long-standing administrations. At the next election (one can only work on the assumption of a full-term administration though that is by no means guaranteed) first time voters will have known Labour in government for all their post-pubescent existence.

But in the same way as sitting on the laurels of being the natural party of government in the years after 2003, sitting on the expectation that Labour goes out of fashion, is a recipe for disaster for the PN.

There is no politics without imagination, and there is no more exciting imagination than the spirit of youth that questions everything and challenges anyone without deferment to authority or tradition.

It is the anger of teens and twenties that generates the ideas of how just to change our world. They are the quickest to point out what’s wrong with the way we live and they have the most to lose if change is not driven.

A new PN must learn to tap into that anger and put at the centre of its program the mission of making our country a better place for our youth to live in. Their disgust for corruption, their anger at social injustice, their indignation because of exclusion, their passion for our environment, their instinctive understanding of tomorrow’s economy: these are the coal that we need to fire up the roaring fire of creativity at the heart of the party.

Like Obama managed to do in his campaigns, we must find a way again of following teens and twenties who should by right of place be the loudest front-liners in the demonstration of public anger at bad administration and outright criminality in politics. As the party rebuilds its community networks and recruits its foot soldiers, we will need hundreds of youth leaders campaigning for the vision they own and they believe in because they helped create it.

This will not be easy. Nor can it be deemed to have happened if through smart marketing and packaging, good looking young’uns sign up to a transient fad that is about the way it looks rather than what it does.

As with other aspects of our community networks this will require building from the ground up and timidity will be of no use here. We need to be speaking to 14 and 15 year olds in a national effort to find youth leaders in every school, in every youth group, in every village. Band clubs, churches, charities and sports clubs are incredibly successful in engaging thousands of our young and grooming them as community leaders and active participants in our society.

The PN has been too embarrassed to do this for decades now. The PN’s mission has always been to restore and maintain normality in people’s lives, where tensions in our community are toned down, where conflict is avoided, and where politics is kept firmly in the background. The intent, as all roads to hell, is a paving of good intentions.

Politics is the most noble of human activities. It is pure in its transcendence of egoistic needs because it exists to improve the lives of the community outside oneself. A calling for political life at whatever level is a calling of selfless service in the effort to organise our community, to protect and support the weak and to design the rules by which we all live fuller lives.

This is a nobility that should attract young people in droves. We must not let the crimes of the few tarnish the noble ambitions of the many.

The PN is the natural home for young people who want the space to build a better future: where the environment is safeguarded, where opportunities are opened up, where education is permanently revolutionised, where the future is designed.

Youth leaders are to be mentored, supported and trained. They are to be provided resources and skills in the science of politics and the art of campaigning. They are to be mobilised in leading roles in their towns and villages doing the most important soldiering there is to do in this battle for hearts and minds: manning the deserted trenches of the towns and villages where ideas are debated and where support is gained or lost.

We must catch them young. 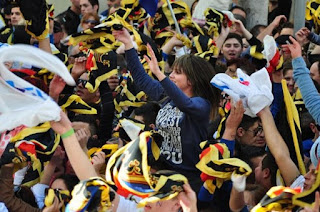