By Manuel Delia2017-07-14T14:39:07+02:00Thu, 15th Jun '17, 18:10|1 Comment
There are two stages in the life of a political party. True life is cyclical so one stage gives way to another over and over again. A political party is either implementing its political program or writing it. A political party does not lose its reason for being when in opposition. All this apocalyptic dejection of people who seem to forget that there aren’t many organisations in this country who could attract a 135,000 voters to support their vision is missing at least half the point of why politics exists.

The Nationalist Party has an exciting few years ahead of it. The funereal ‘eżami tal-kuxjenza’ that people seem to expect it to undergo conjures an image in my mind’s eye of medieval self-flagellation, tight sack-cloths and mortification of the flesh. This is not what Tonio Fenech meant when he argued we should keep the Catholic in our politics.

Open those curtains, roll out the carpets, let the air and the light in. As we go through the grinding mission of rebuilding our social network, our party structures and our ability to compete in the field, let’s also give a fresh peer into the future and be the ones with the most exciting vision for the country our children will be running when we retire on our beach-side deck-chairs.

During the coming months and years the party will have a bold, open-minded, open-ended conversation with the entire country. It is a mantra that a good political party is a party that listens. Sure, but that’s half the job. It must also be a party that speaks, tests its ideas, get some things wrong, rubs them out and improves them.

Let us take a fresh look at our society and see what needs some serious changes. There has been much conversation about corruption over the past several months and that will not stop. The PN made some suggestions in its electoral program for 2017 on addressing that but now we have the opportunity to think even deeper. Now we can look at the thin threaded moral fabric of our community and how we can make it stronger.

Stop paying our teachers a pittance. Do not pay them 18,000 a year and force them to work evenings in private lessons. Quadruple their pay and have people quit their jobs to go teaching, not the other way ‘round. Keep schools open all day and replace dogmatic religion with teaching of ethics, philosophy, world history, Latin and ancient Greek, coding and artificial languages, Mandarin, history of art and sports, sports and sports. Teach our children to be citizens, to have a loyalty to the truth which is higher than loyalty to their parents. Teach our children conflict resolution and mediation. Teach them that their vote is not a currency but a responsibility. Teach them duty at any cost.

Stop paying our magistrates and judges a pittance. Pay them what their peers are earning for arguing for corporates and tycoons so the best lawyers in the country compete for the job. Pass them through specialized academic training in judgeship and open up the scrutiny of their selection and empower their self-regulation and performance management.

Stop paying our senior civil servants a pittance. Pay our attorney general and our civil service head enough to ensure you have the best CEOs of the country make it their personal ambition to occupy the most responsible and powerful checks and balances our constitution has designed to keep our transient politicians in check and within the borders of decency.

In the process remove prosecution from the functions of the government’s lawyer and make the prosecution of crime an independent arm of the judicial branch where the best magistrates investigate and prosecute crimes, especially the crimes committed by the powerful people in our state.

Stop paying our parliamentarians part-time token pocket money. Do not give them the option to do private work while they exercise their public function. Set up a proper full-time legislative body with the added job of truly keeping the other institutions in check.

Make sure more children in those better schools are called to the vocations of journalism, politics, public administration and justice.

And when all that is done pay our prime minister and his ministers a decent salary that matches the average CEO working here. Get the best people to run for the posts and make sure they do not have to think of their own money when they are taking care of ours.

At the root of all things let us design a future by taking out the template of 1987 and the Blairite maxim of three top priorities of public policy: education, education and education.

We really do have exciting times ahead. I can’t wait for the PN to get stuck into doing what it’s best at: designing our children’s future. These gloomy doldrums are a phase. Look ahead at the silver sheen of the morning rising over us. It calls us to work. 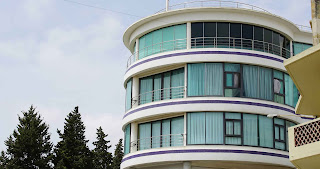 Previous:So what does the PN stand for?
Next:The left flank