There is a vacuum in our political framework and nature, to coin a phrase, abhors a vacuum.

Labour is thoroughly invested in the irrepressible and irreversible exploitation of the little space that we have. Economic libertarianism has become the central philosophical precept of the political program of the Labour party and profit has become its religion.

This is not such a betrayal of its tradition. The brand of third-world anti-colonial materialism that Labour used to label as socialism has very little to do with the left and centre-left tradition of Europe. European social democracy is about redistribution and economic justice throughout society. Malta’s Labour Party is extractive, seeking to replace a colonial elite with generations of professional elites whose motivation is the accumulation of personal wealth. Today’s Labour party has only re-branded but in no way has it changed its core materialistic (and by definition therefore, amoral) agenda.

The tokens of allowances for this and bonuses for that that pepper the history of Labour governments are institutionalised opiates to secure and retain popular support. Doubtless there has been benefit in some of these initiatives but the Mintoffian welfare state has often been divisive, creating social ghettos in housing estates and opening up opportunities for the profiteering of politicians in cahoots with their property tycoon friends.

By the next election we’ll have had 9 years of a Labour government that will have neglected the social fabric that keeps us together as a nation and ensures solidarity is at the heart of public policy, not a populist afterthought.

The PN must use its time in opposition to identify these gaps where they exist and anticipate them where the first signs point to a future we ought to prevent. The PN’s vocation is the moderate centre with a bias to the left. The right to create wealth, the right of its enjoyment and to right to dispose it as one wishes are defining foundation of our beliefs. But the duty to ensure no one is left behind, that no one is left in want of a decent livelihood at whichever stage in their life, is our chief political mission as a party.

Take for example care for the elderly. This sector has grown as the senior population and its longevity have grown. The transformation led by the PN’s administration particularly between 1987 and 1996 in this area is as glorious as it is forgotten. The gains of those years are weakening when faced by the massively changed demographics of our time.

There is nothing wrong with profit being a driving force for the provision of elderly care. But it cannot be the only driving motivation. The PN needs to understand the barriers of affordability to quality care that are growing and preventing members of our community from living out their years in dignity. And dignity is not just clean sheets and a 60-channel cable TV subscription. It is about activity, physical and intellectual, learning and teaching and the renewal of the memory of our elders in living interaction with younger generations.

As homes for the elderly seek to maximise returns by minimising space, personal and shared, a noose is tightened around the quality of the lives of retirees. Retirement homes become gilded cages, waiting areas for the inevitable.

Being able to afford this form of retirement is not evidence of a fair investment in and of itself. Many elderly people are having to sell their family homes as a fee paid to their residential homes for the remaining years of their lives. Houses that have been in individual family ownership are transferred in large numbers as a generation of elderly people moves into residential care. This is not just a painful micro-economic reality for a retiree who would have rather retained the property as a parting gift to the next generation.

It is also a macro-economic threat as property ownership is transferred away from individual families and concentrated into the few who pay for this concentration by providing dubious residential care to the sellers.

The concentration of property reduces the economic competitiveness of real estate markets whose only indicator is accumulated wealth and ever rising property prices. As less young family starters inherit properties from their retiring parents, the demand at the bottom of the property layer increases. As demand increases, supply decreases as concentrated property is moved out of supply and put instead on the more lucrative rental market fueled by speculation officially encouraged by programs such as the IIP and by the realities of a rapidly growing and affluent expat immigrant population working in profitable industries.

Ultimately, gradually and inevitably this reverses the social advances of the last 60 years. As the Black Death destroyed medieval European feudalism, the devastation of the second world splintered the concentration of property here in Malta and started a virtuous circle of greater home ownership and upward social mobility.

The virtuous circle is freezing and turning in the opposite direction.

The open and free market has many virtues and is the default engine of social progress. But un-managed, unsupervised and unregulated, it risks creating new injustices and new dangers for the collective well-being of the community.

Do not expect Labour to even touch on these issues. It is the party that is funded by and serves the interests of the concentrators that want public policy to promote and safeguard the interest of the 1% among us at the expense of the remaining 99%.

It is the mission of the PN to find solutions that enable and empower private initiative but direct it towards a greater good that safeguards our environment, the little that we have left, and ensures social solidarity.

We really do have exciting times ahead. I can’t wait for the PN to get stuck into doing what it’s best at: designing our children’s future. These gloomy doldrums are a phase. Look ahead at the silver sheen of the morning rising over us. It calls us to work. 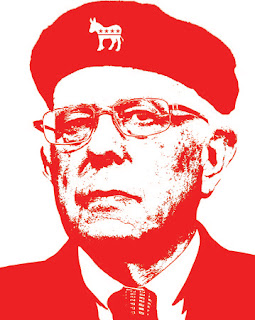