Examining the power of incumbency

By Manuel Delia2017-07-14T14:32:26+02:00Sat, 10th Jun '17, 10:58|3 Comments
Exchanging votes for jobs and favours is an exercise in mutual contempt of the democratic process. It is also something that anecdotally appears to have been an exceptionally influential feature of the last election. It will not change anything to the outcome but there are lessons to be learnt here. If our democracy is to grow we need to think on how to reach a national consensus to avoid this.

Because this is not just about not having a level playing field for the political parties to compete in. It is also about a bloated and inefficient civil service that will be a burden on our economy and our taxes. It is about a demoralised army replete with internal conflict and torn asunder by cliques that could fail us when called upon by us to cash on the insurance we pay for everyday to keep them in place. It is also about irrevocable damage to our environment from permits granted urgently away from public scrutiny and in breach of standing policies and rules.

We need to get to the bottom of this not out of bitterness for a party’s loss. There’s a greater need for this. We need our democracy to grow. We need a fairer society that lives through its elections without compromising its established rules of decency and probity throughout the political season.

We need for our money to be spent responsibly, even at election time, because the cost of the unjustified recruitment and promotions dished out in election time, will be carried for decades after.

We need for our environment to be protected responsibly, even at election time, because a blot on our streetscape or worse on our green and open spaces as a result of an electoral favour is irreversible ever after.

Parliament is re-opening soon. Opposition MPs may wish to consider asking these questions of all Ministers:


There may be more questions down the line but this would be a good start. 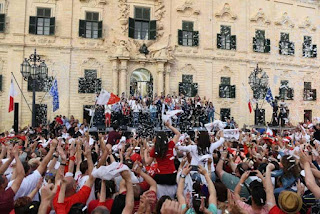