By Manuel Delia2017-07-09T21:49:59+02:00Tue, 27th Jun '17, 21:34|2 Comments
This Guest Post is by Justin Borg Barthet, a lecturer in law at the University of Aberdeen. Dr Borg-Barthet has published work on cross-border recognition of same-sex relationships, and has been commissioned by the European Parliament to advise on the reform of divorce jurisdiction.
Through the Marriage Equality Bill, Malta joins a small group of European nations which have both met and exceeded the requirements of the European Convention on Human Rights in respect of the elimination of discrimination on grounds of sexual orientation.  It is particularly noteworthy that this development has met with the approval of all parties in the Maltese Parliament.  This has not always been the case in other jurisdictions.
Malta also differs from its peers, however, in that it appears that political expediency has resulted in laws which have not been as carefully crafted as one might have hoped.  Scots law on marriage equality, for example, developed following extensive public debate, with the benefit of significant academic input, and through careful legal drafting.  The law is therefore clear, and same-sex couples are as aware of their rights and obligations as their different sex counterparts.
While Maltese law is driven by a dynamic, narrow human rights agenda, this appears to have occurred to the detriment of careful consideration of family law matters.  Like the Civil Unions Act 2014 before it, the Marriage Equality Bill superimposes a heterosexual model on same-sex relationships.  This is intended to achieve equality of rights, but in some cases results in a poor fit, to the detriment of same-sex couples.  I will highlight two examples below, namely impotence and consummation.
Impotence
The lack of consideration for differences between heterosexual and same-sex models is most evident in relation to matters pertaining to sexual relations.  In particular, the Maltese Marriage Act 1975 provides that a marriage shall be void ‘if  either  of  the  parties  is  impotent,  whether  such impotence  is  absolute  or  relative’.  There is no distinction here between same-sex couples and couples of different genders.
This is to be contrasted with Scots Law, as well as the law of England and Wales.  The Scottish Act, for example, provides as follows:
For the avoidance of doubt, the rule of law which provides for a marriage to be voidable by reason of impotence has effect only in relation to a marriage between persons of different sexes.
The exclusion of impotence as a ground for nullity in same-sex relations in Scotland is motivated by the different realities of same-sex and different sex couples.  The relevance of the stipulation that impotence is a ground for nullity is plain for spouses of different genders.  After all, the provision was designed with them in mind.
For same-sex partners, however, it is not necessarily the case that impotence as traditionally understood is relevant to both, or indeed either, partner.  Suffice it to note that intercourse between two women differs from that between a man and a woman.  Similarly, intercourse between two men does not necessarily require both men’s bodies to function identically.  Maltese law does not account for this.
Consummation
Equally problematic for same-sex couples is the regulation of consummation of marriage in Malta.  This too differs from Scots law.  In Malta, the absence of consummation within three months may result in annulment.  Article 19A(1) of the Maltese Marriage Act 1975 provides as follows:
A valid marriage may be annulled at the request of one of the spouses on the grounds that the other party has refused to consummate the same
It is especially unclear what constitutes consummation between two women, or indeed whether it is possible in the sense the law intended.  Nor is it entirely clear what is meant by consummation for male couples.  One might assume that penetration by one spouse of the other should constitute consummation.  But it is equally arguable that one spouse could seek to annul the marriage where penetration occurred by one party but was ‘refused’ by the other.
All that is certain is that same-sex couples cannot be certain of the validity of their marriages.
Concluding remarks
The likely legal fallout could have been avoided given the successful foreign legislative models and external expertise available to the Maltese legislator.  It is regrettable that it is precisely those whose rights were to be furthered who will suffer from a lack of foresight.
The resulting legal uncertainty will, of course, have no effect whatsoever on different sex couples.  The law is clear in their regard.  Contrary to arguments raised in the Maltese Parliament, to distinguish between different and same-sex couples is the very antithesis of discrimination.  Maltese law discriminates by failing to account for differences.  Same-sex couples in Malta are rendered vulnerable to a lack of foreseeability as to the meaning of the law.
It is the same-sex couples purportedly protected by identical treatment who are in fact vulnerable to a lack of certainty.  It is same-sex couples who are vulnerable to spousal abuse arising from a lack of clarity in a marital contract in which the parties’ rights and duties are undefined.  And it is same-sex couples who will have to suffer the emotional and financial burden of litigating points of law which the legislator appears not to have considered. 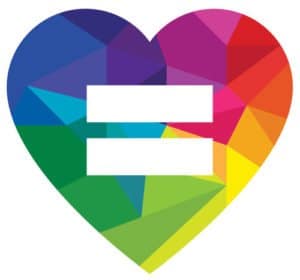