By Manuel Delia2017-07-09T21:50:03+02:00Tue, 27th Jun '17, 22:16|2 Comments
Read this guest post by expert lawyer Justin Borg Barthet on the Marriage Equality Bill.
While a silly debate between ayatollahs rages on, on whether the law should speak of mothers or birth-givers to avoid offence, the real issue most have not noticed is the pathetic poverty of the making of this law and many others.
Otto von Bismarck and Leo McGarry are both mistakenly quoted as first saying there are two things you don’t want to see being done: sausages and laws.
But the spectacle is becoming depressing.
Although we have licensed professionals to argue on law and an entire branch of government with the responsibility to interpret it and rule on it, the state’s function of writing the law – you would assume the most important part of the lifecycle of an idea – is an amateur circus.
Within days of an election where the threadbare principles of marriage equality were pronounced from the political leaders’ pulpits, parliament was convened and scheduled to debate and approve a law no one had seen, let alone thought about.
Yes we had by and large superseded the need to debate the concept. But it is symptomatic of the virulent hegemonisation of our political process that neither party has had an open discussion about such an important subject. A twinkle in Joseph Muscat’s eye impregnated the policy of both major parties.
Can there be any doubt that there are catholic, conservative politicians in the Labour party who are uncomfortable with the initiative? Hardly. But they had no opportunity to speak up and in any case any objections are swept away by the sheer force of implied consent for the ever-victorious leader.
The PN, bruised by too many of these encounters, was also led by a party leadership who knew the best case scenario for it was allowing itself to be carried by Muscat’s force of coercion and suppressing discussion within its own ranks. It was the only way it could take the matter out of the discourse of the election campaign which it wanted focussed on subjects altogether more inconvenient for the government.
Joseph Muscat, himself just a few years ago categorical in deeming same-sex marriage as an unnatural abomination, is manifestly indifferent to the rights of anyone. In that way he does not discriminate against homosexuals. As they have proven a useful tool to exploit the openness to debate in the PN, he has used them time and again.
Post-election he has created a collective hysteria for the marriage equality laws which was based on no political debate, on no community engagement, on no grass-roots pressure, on nothing at all. He has conjured a false urgency simply because he knew that this type of issue creates debate within the PN, a debate that could prove tactically harmful to it as it stands leaderless and still in a state of post-electoral shell-shock.
In this country were we pretend we want parties to be democratic and open to disagreement, we favour fascist unity and coercion over disagreement and open consensus building. Labour’s unanimous hegemony appears strong, and the PN’s open democracy appears weak.
As much as it is perfectly true that any injustice needs correcting, can anyone honestly explain why it was so damn urgent to put this marriage equality law through the first hours of this Parliament? Why this debate could not be had after the summer recess? Why it was necessary for Parliament to meet to debate and approve it while the ink on the bill was not yet dry? Why such a poor job of drafting the law was done, with no apparent research of other international templates, no involvement of legal and social experts, no debate whatsoever within and with the political parties and the lobbies representing the sector?
Because Joseph Muscat is less interested in drafting good laws, than he is in conditioning the choice of the next leader of the PN by the degrees of caution and hesitance any one of them may desire to recommend on a law riding on a collective mass hysteria of medieval proportions.
That is what it is. Even the most timid pronunciations from dissenters or from the Catholic Church – seriously, what can you expect them to do, say nothing? – is met by clothes-tearing faux shock and scandal by a liberal fascist hegemony that is just as dogmatic, intolerant and fatwa-issuing as the most firebrand catholics.
It is not out of fear of branding that I state the obvious, and confirm I wholeheartedly support marriage equality.
What I do not support is any form of collective hysteria under which raw political tactics totally unconnected with the subject at hand are stealthily and maliciously used to service the schoolyard bully games of Joseph Muscat.
This is why we have an extremely expensive government, a reasonably funded but professional judiciary and a part-time parliament which is a joke admired only for the hats on show at its opening.
Newspapers complained most parliamentarians did not show up for a mid-week morning debate to rubber-stamp the government’s political program. What do they expect? Parliamentarians – except of course all those on the government’s side that are also government employees in addition to being parliamentarians – have jobs to go to on weekday mornings. They don’t have time to examine laws presented for their approval, let alone compare them with international models and suggest improvements to them.
And a regime like Joseph Muscat’s wants nothing better than an opposition stunned like rabbits in the headlights, approving a poorly written law because they are intimidated into crushing submission by a hegemony most of the country is an unconscious accomplice of.
And if anyone thinks this is the first law passed through by a Labour majority over the last few years that is replete with eye-gouging error, then, just as they have been meant to do, they have not been watching. 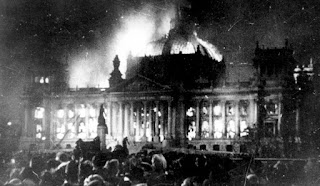