I have a cousin, Alan, who is a couple of years older than I am, smarter, plays squash, is better looking, and altogether a much nicer guy than I. We worked in journalism and politics for several years and many people would greet me in a friendly manner thinking I was him, and would growl angrily at him thinking he was me. Needless to say, he would have had little opportunity to correct the mistake, and I stopped doing so when I realised it was compensating for my lack of social skills.

Unfortunately for me, he moved to Luxembourg several years ago and he stopped having to apologise for my existence.

There aren’t many Delias in this country and we are often presumed to be related and sometimes conflated into one person.

Years ago, in a previous life, a friendly face within the Labour party tipped me off that Labour were working on a “scandalous” claim that I used my influence in government to secure a contract for legal services with my “other cousin” Adrian Delia.

I sent a message back that I’m as much related to Adrian Delia, as Joseph Muscat is related to Charles “il-Pips” Muscat. In other words, not at all. At least, I believe the prime minister is not related to the notorious crime lord. So any confusion of a blood relationship between me and Adrian Delia has never received a public airing.

Until now. Because Adrian Delia has decided to venture into my old line of work.

We are living in odd times and not only is Adrian Delia now wrongly believed to be a relative of mine, but for some reason some have made us into one and the same person. I have been on the receiving end of some encouragement for a non-existent leadership bid and have also have it on good evidence that some are saying they are willing to support Adrian Delia’s leadership bid because he writes an excellent blog. He doesn’t write a blog, I do.

Presumably this is not exclusively my good fortune. I imagine he is now finding himself having to explain he is not me. At least, there is no family tie and he will not feel obliged to apologise for me as some in my family have had to.

What I really take from this is that many of us still seem not entirely sure what qualities we should be looking for in the next party leader, and by extension the next Prime Minister. If anyone thinks a few blog posts are evidence of leadership qualities for the toughest job in the country, they’re on the wrong selection board.

It takes much, much, more to be leader of the PN. I have tried to suggest in some of my posts what those qualities should be. And, at the risk of stating the obvious, that person has to be a politician, immersed themselves in local politics, understand what’s at stake not from the sidelines but from the heart of the battle. 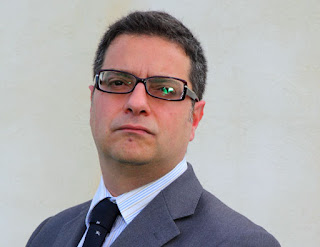 Not me!
Previous:Poorly written laws
Next:The race ahead