I’m not quoting out of context, selectively choosing a sound bite that distorts the intention of the speaker. This is the highlighted quote chosen by the very friendly interviewer to the prime minister. There can be no doubt this message is coordinated and agreed and it is the agenda being put out by Joseph Muscat himself.

This is particularly significant because it follows within a few short hours the PM distancing himself from a series of l-orizzont editorials clamouring for ‘popular justice’ and a scorched earth policy for the critics of the government.

He distanced himself from the rather crass iron curtain writing style of an overzealous editor who still sleeps with a copy of Das Kapital under his pillow never having managed to properly scratch the surface of the obscure translation from German so hoping instead that the great old texts seep into his brain telepathically. The l-orizzont editor may be unfashionably clad in red flags and square jawed working class hero crap. But he is on the same page with his party leader on how justice should be executed.

Not for them ‘everyone is equal before the law’. The blindfolded Roman goddess holding the balance is a stuffy bourgeois vestige of antiquity. Saving Joseph’s revolution is a higher precept than a fair society where any wrongdoing is punished equitably irrespective of the wrongdoer.

It has now got to a point where we must go beyond rhetorically questioning what the PM means when he says that the people have ‘judged’ Konrad Mizzi, and by extension Keith Schembri, Chris Cardona and, by yet further extension himself. We know exactly what he means.

It means that a plebiscitary wave is, using Muscat’s own chillingly fascist terms from his speech last Saturday, sweeping all critics who stand in its way and the progress it promises.

Anyone attempting to resist is no longer a critic, an individual who in a democratic society is entitled and expected to be non-deferential to power and to examine it and question it at every juncture. They are rather counter-revolutionaries that are swept away by the glorious wave of the will of the people.

This is a uniquely dangerous juncture in our history. We have experienced this rhetoric with some of Muscat’s predecessors. One Karmenu Mifsud Bonnici argued it is desirable to suspend the constitution and democracy if that serves the interests of his supporters, which the rhetoric of the time equated with the working class. One Duminku Mintoff argued that arming a Labour militia to protect a dictatorship of what they called the proletariat at the time was legitimate if it was faced by a reactionary resurgency.

I am 40 years old. And I hope that for some readers of this blog that is hopelessly old and over the hill. That means I am managing to speak to people for whom the history I am referring to is as distant and vague as Charlemagne and the pyramids. I only add one note to try to clarify the uncomfortable proximity of those situations to today.

That rhetoric was applied by Muscat’s predecessors on the back of electoral victories, not defeats. It was the Maltese popular suffrage that elected Mintoff, applying correctly, with some minor modifications, the constitution we still use today. The same constitution that today promises us equality before the law, an independent judiciary and constitutional oversight and autonomous public prosecution, promised us no less under the yoke of Mintoff and his successor.

And that constitution failed then: by mere tricks of mechanics: ignoring popular majority voting, allowing the constitutional court to remain unconstituted, placing puppets to head the police and thugs and criminals to populate it or back it up. That too was all in the service of what was then called the socialist revolution, a wave in front of which all resistance would be swept away.

It was the same civil society that safeguards us today that floundered in futility back then. True there wasn’t the inanity, the fake news, and the liking and the hearting that is supposed to be enriching our lives today. But the independent press fought bravely and pointlessly at the time and continues to do so today, ignored and crushed by this popular wave.

There are reasons we do not confuse our commitment to popular will with popular courts in a civilised society. Justice must be exercised after cold and rational evaluation of the evidence, without fear and favour, granting equal access to the two sides of the argument, sticking to procedure and due process, and without any inherent advantage or disadvantage attributed before the facts according to the identity of the accused.

Why does it have to be explained that justice cannot be achieved in flag-waving, anthem-screeching, petards-burning electoral campaigning? Konrad Mizzi can no more be acquitted by the court of a Labour party mass meeting than he can be convicted by a PN mass meeting. And he can no more be judged by being elected to Parliament than by not being elected.

As a guest contributor to this blog rightly pointed out, this is the argument Silvio Berlusconi tried to make perversely attributing political motivation to magistrates when it was his domination of parliamentary politics that obstructed justice.

Those magistrates in Milan bravely fought Sicilian mafia-men who dipped children in acid vats. An octogenarian viagra-addict with stretched skin and a fake sun tan was not going to scare them.

But are our institutions quite as strong? That remains to be seen. What is being seen now is that Joseph Muscat is leading a campaign of intimidation and like a latter day Jean Paul Marat is justifying his brand of justice on the back of popular will. That he won the election is obviously not in itself contested. That rightly and fairly grants him massive powers. But it most definitely does not authorise him to suppress the due process of law.

The opponents of this wave must not allow themselves to be swept by it. That is the day fascism is victorious: when its thuggish bullying succeeds in assimilating or intimidating resistance into submission.

I know I am not alone in not minding being labelled ‘negative’ or that I learnt nothing from this election result. I learnt much and there is much that needs to be done differently. But one thing that cannot change, win or lose, is that justice cannot let Joseph Muscat get away with this and there seems to be no one but this minority left to make sure of that. 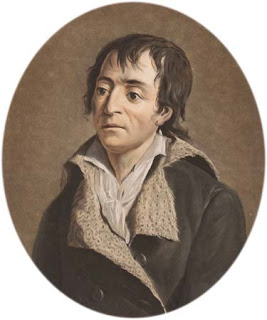