The pain of despair is palpable and transparently visible among some of the PN voters in the upcoming elections for a new party leader. They’re looking for the man, for there is no woman who would be chosen, that could beat Labour and they’re not entirely sure what would be necessary to achieve that feat.

No one is foolish enough to think that a majority of the size secured and confirmed by the Labour Party can be achieved purely by individual clientelism. The droves of planning permits, sanctions and revolting exceptions dished out and the hundreds of unproductive public sector jobs are enough for thousands of votes but not the tens of thousands.

There is however consensus that awareness of clientelism – knowing that if you needed it, you would get it – is an attractive incentive for people to prefer a government that would help them out when the rules are not intrinsically accommodating.

How do you face a government that always says yes?

The PN has become the responsible mother struggling to keep her children on side while her ex-husband spoils them. Curfews, dietary restrictions, rules and limits are an inconvenience easily substituted by the accommodating fun parent.

This analogy is by definition patronising. It compares political parties with parents, good and bad, and the electorate with children, incompetent to decide what’s best for itself. It is precisely that attitude which gets on so many people’s nerves. The PN presumes to know better and awards itself the exclusive authority to say no when the collective desire is for a yes.

The PN’s credentials as a parent, already questionable in a critical and free society, are further crumpled by the occasions when its irritable holiness was an irrational denial of how the community had changed. Because of its inevitable mis-judgements, its credibility suffered whether it was right or wrong.

Step in the Labour party and its can-do attitude.

‘The greatest trick the devil ever pulled, was convincing the world he didn’t exist’. I am not a believer in the super-natural sense of the word. But as analogy for the vacuum left by a complete absence of or disregard for human decency and values, the neat movie line applies very well.

Instead of a liberal, secular and a free community, we live in a cutthroat, heartless and unequal society and the symptoms are all around us.

Yesterday I wrote about the short-termism in our economic planning, where the quick buck and the easy spend 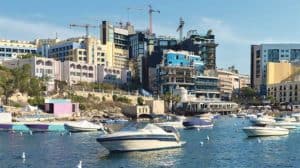 frustrate the basic need for frugality and initiative to build a tomorrow that is better than today. That article made an economic assessment of our state of affairs. It is a bleak forecast that when, as is inevitable, one or more of our current value added pillars falter, we will be stuck with the capital we will need to adjust, pointlessly locked in empty properties.

But there’s an ethical dimension to this point. ‘Women and children first’ may be a basic law that sounds old-fashioned, at least as far as women are concerned. But there’s something in there that reminds us of the fundamental responsibility of leaving an inheritance that is richer than the one we got.

It is a classic notion that capitalism grew out of a protestant ethic grounded in the value of work. The operative word is ethic. The creation of wealth is not an end in itself. We may dispense with the ambition to please God but if the wealth itself becomes the god, then there is no ethics: there is only greed.

If greed blinds us from the needs of our own children, configure what it is doing to the needs of the living we do not know. The Franciscans for whom the motivation of their existence is to be poor and live with and for the poor are not perceiving the government’s slogan that poverty “is cut by half”.

On the contrary they open the doors every day to more and more people without enough money to eat and feed their children.

Valletta will be Europe’s capital of culture for some time in 2018. It will also have a soup kitchen to meet the basic needs of some of its inhabitants.

The tough times are all around us: there where we refuse to see them. Adrian Delia on Saturday spoke in Msida pointing out that increased economic hardships are not limited to the south of the island. Remarkably this is a growing problem in the north where the basic need of having a roof over one’s head is becoming 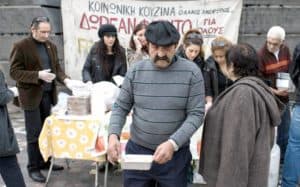 ever more prohibitive to meet.

This is not what we want to be told. We would rather believe we are living in an economic miracle and to some extent, as we burn through our savings, we feel like we never had it so good.

The economic miracle is a mirage we are all enjoying because none of us would rather be thirsty. But our children are parched and we need to do something about it.

The PN’s mission is not to drug itself in the pretence that none of this is going on. As uncomfortable as it may be to be the disciplinarian in the family, we must remember that if like Labour we do nothing about this either, when this bubble bursts at it must at some point, we will share in the blame for causing it.

Some desperate voters in the PN leadership election may be looking for a leader that will be even more permissive than Labour, beat it at its game and never say no irrespective of the harm all the greed would cause.

Previous:THE SUNDAY TIMES: The legacy we leave
Next:UPDATED: Too poor to learn