Do not mention the war!

Are you offended by this? 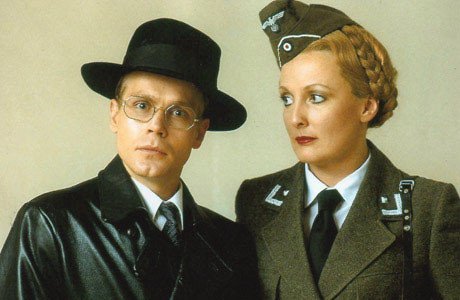 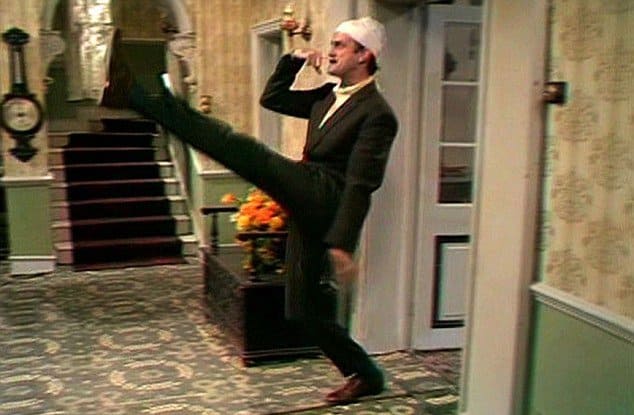 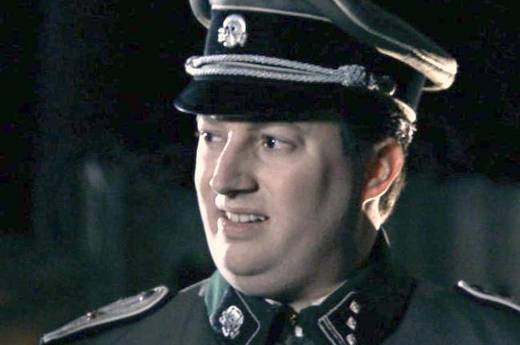 The mock shock scandal of an image of actress Pia Zammit holding up two swastikas in a backstage photo when she was performing in a 2009 Manoel Theatre performance of ‘Allo! ‘Allo! is truly revolting. It made two front pages in it-Torċa this August which makes this journalistic season as silly as they come.

I mean for fuck’s sake, we’re talking about ‘Allo! ‘Allo! This is not some obscure play or some esoterically high-brow production that the lager louts that read it-Torċa might be confused about. Everyone knows ‘Allo! ‘Allo! and no one in Malta was over offended as they rolled over at the absurdity of Erich von Klinkerhoffen, Kurt von Strohm, Hubert Gruber, Hans Geering, Otto Flick and Helga Geerhart.

No one admired these characters. No one fancied them. They laughed at them. That was the idea. And the actors who played these characters performed these roles not because they were thinking of occupying France as they smuggle out some art but because that’s what actors do: they make ‘em laugh.

No one ever thought these actors were promoting Nazism or in any way sympathised with it even as the actors who played the parts wore Wermacht uniforms and squealed Heil Hitler. 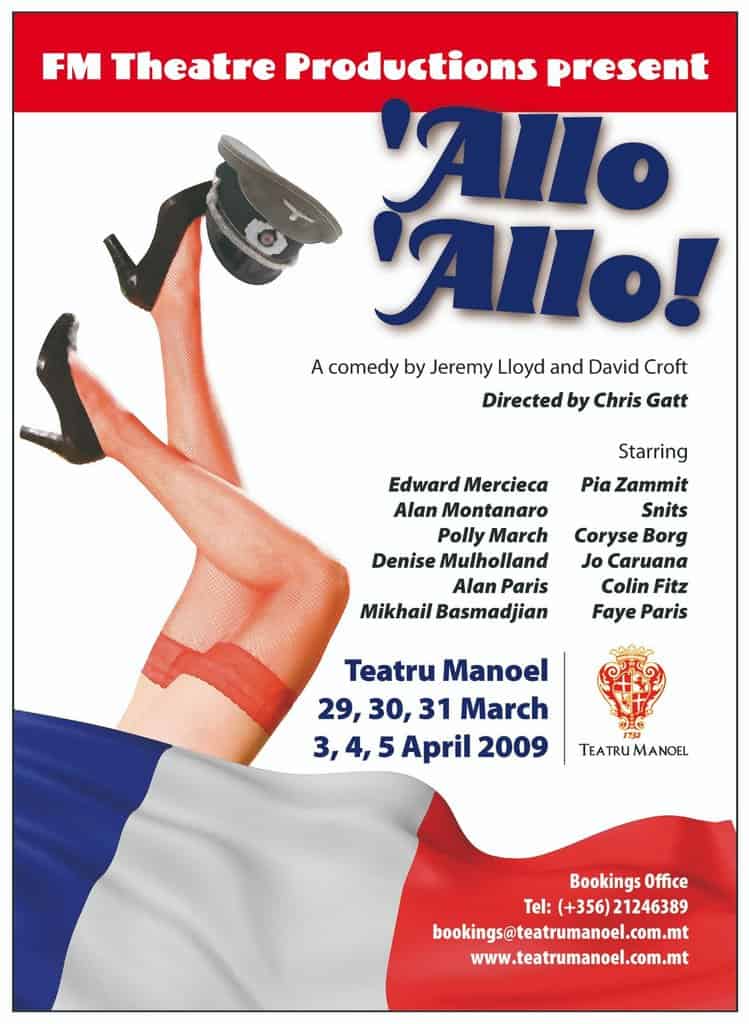 I don’t want to flatter myself but it’s clear that this photo of Pia Zammit from 2009 was dug up by someone who remembered going in 2009 to watch ‘Allo! ‘Allo! and laughed their head off. But they saw my piece storming over real Nazis like Norman Lowell and his followers and decrying that it is offensive to sport Nazi regalia on fireworks used on the anniversary of the Santa Maria convoy and thought this could be a good way of hitting back.

Which makes the authors of these pieces on it-Torċa defenders of the Nazis I criticised. And you know what that makes them.

This was the worst sort of tu quoque imaginable. It-Torċa’s reporting takes out the context of the fact that Pia Zammit is not just a Repubblika committee member and an Occupy Justice activist but also an actress by profession and that picture of her holding up swastikas was taken when she was performing ‘Allo! ‘Allo!

If their readers were told that, they’d have immediately seen how absurd the story is.

There was another story in It-Torċa of today about Andrew Borg Cardona, another outspoken critic of the government and occasional author on this website, never mind lawyer for many of the desperate causes of clients sued for libel by tyrants for daring to criticise their holiness. They got screenshots from his Facebook where he says Matteo Salvini should go fuck himself and point out that since he gives some two hours a week of lectures as a visitor to the University’s law faculty he is acting in breach of their code of ethics.

People for whom ethics do not exist find it easy to throw the book at those who dare insist on decent conduct by people in power.

Look, Pia Zammit and Andrew Borg Cardona need defending as much as it-Torċa needs arses to be wiped up against.

But it needs to be said that these stories on it-Torċa are but another page in the state-mandated campaign to intimidate critics. You can hardly accuse someone like Pia Zammit of anything she’d mind more than the suggestion she’s a Nazi or in any way flippant about such things.

This is part of an effort to exhaust activists and critics, tire them out, strip them of their credibility and scare anyone else who might consider joining them out of the reasonable fear they’ll be getting the same treatment too. 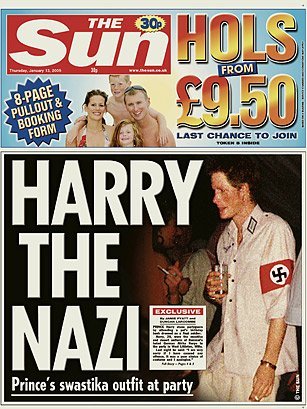 It-Torċa disingenuously compare acting in ‘Allo! ‘Allo! with an incident in Harry Wales’s indolent youth when the then third in line to the throne of England went to a party dressed as a Wermacht army officer, for a laugh.

That was an embarrassing choice of dress for a fancy dress party and it was right that he was embarrassed to be found out.

But Pia Zammit was not photographed at a fancy dress party but backstage in a play set in Nazi-occupied France. Not to mention the fact she’s not third in line to any throne I know of, but that’s by the by.

And what are people acting in a play or a film or a TV show set in Nazi-occupied France supposed to wear? A Lei and a Hula skirt?

No one is offended seeing Bruno Ganz play Adolf Hitler. No one thinks Bruno Ganz was a Nazi. That’s what actors do, you blabbering idiots. They act. They pretend to be someone else. You can’t charge an actor for the crimes of the character they play. 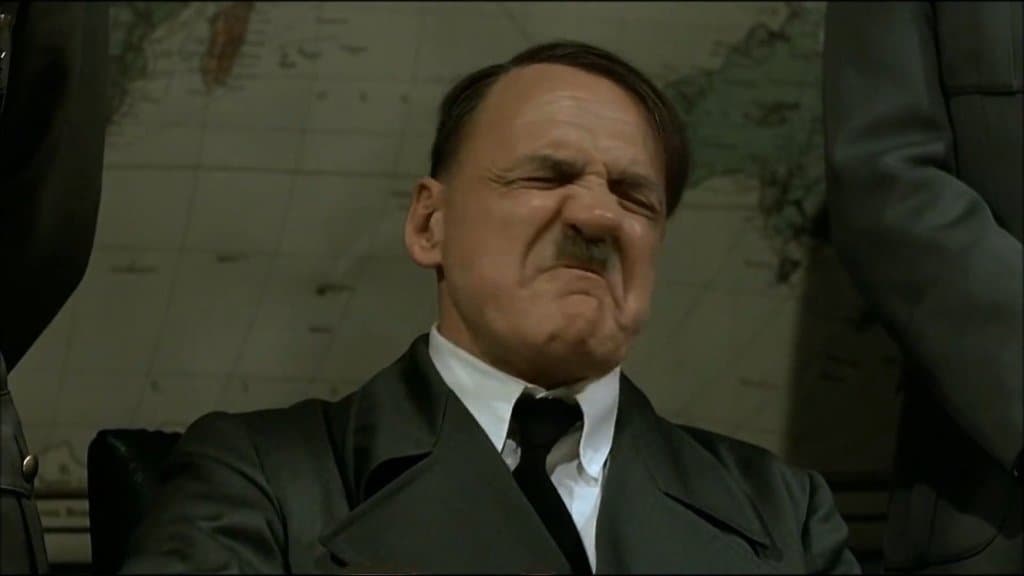 Only three-year-olds think like that. Are we going to send Ralph Fiennes to bed without dinner for being such a delicious Voldemort? I mean, really. Do we have to explain this?

And it is ok to take a photo backstage for the role you’re playing on stage. No one thinks that extras dressed as an Uruk-hai taking a photo backstage to show mummy what they looked like dressing as fictitious monsters hewn from the living rock, really thought it was cool to be an Uruk for real. 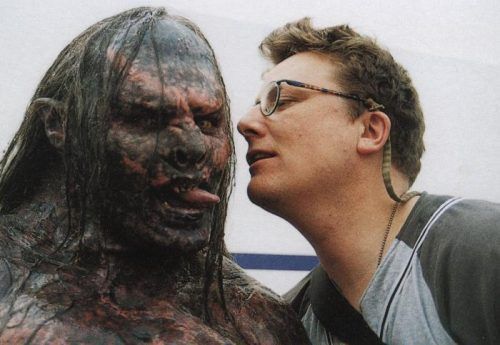 No one was offended by ‘Allo! ‘Allo! This is Times of Malta’s review from the time and they just laughed. And I bet it-Torċa know all about the Madonna with the Big Boobies hidden in the Big Sausage and they don’t feel too guilty about it either.

And if it-Torċa have any sense of what’s right they should be screaming ‘Matteo Salvini, vaffanculo’ on their front pages as well instead of criticising Andrew Borg Cardona for saying so.