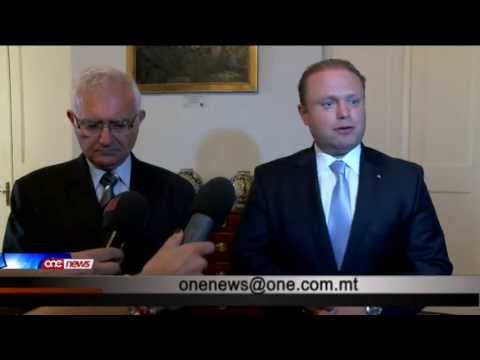 Ignoring a resolution approved by the Parliamentary Assembly of the Council of Europe is not without consequences. We often have misguided expectations of international law which inevitably means we’re quick to be disappointed by it. Those misguided expectations are in reality only more amplified versions of the inherent disappointment in ordinary, everyday law. We complain that it is slow, that it is inconsistent, that is only as good as the worst judge or prosecutor, that it is miscarried on the back of prejudice and error.

On top of all those standard complaints about the most effective judicial processes possible, is the complaint that international law has no effective sanction. How does the Parliamentary Assembly of the Council of Europe live up to the ultimata it issues? No handcuffs will click tight in 50 days’ time if and when no independent and public inquiry into the killing of Daphne Caruana Galizia is put in place.

There was never much hope, to begin with. It’s been near two years that the government has avoided a proper assessment of its role in the events leading up to and following from the assassination per se. Any inquiry report will find gross inadequacies that though perhaps not amounting to complicity, very likely demonstrate the government did not at the very least live up to its obligation of protecting Daphne Caruana Galizia’s life, let alone free speech and the free flow of information.

Findings would quite possibly conclude much worse than that.

In the circumstances, the best position for Joseph Muscat et alia to be in is for no inquiry to happen so that no conclusions are reached. That can allow them to rely on presumed innocence to instead charge their accusers of political motivation and unproven allegations.

If you always run away from the battlefield, you can tell yourself you never lost a fight.

Consider John Dalli’s unhinged diatribe recently addressed to the author of the Council of Europe report that led to the resolution condemning Malta’s government and urging it to open an inquiry not later than October.

John Dalli’s long letters addressed to the many characters featuring in the great conspiracy dancing around in what’s left of his mind are politely reported by the local press and then filed away. They are treated as the lunatic ravings of some old Antonio Salieri, someone who was great one day but somehow lost his way and tripped over his obsessions into the deranged oblivion of incoherent insanity.

Miskin, hux? Some of you may remember the long letters Dom Mintoff would write in his old age to Robert Mugabe warning him of CIA espionage targeted at both of them.

There was a time, not long ago, when Joseph Muscat looked up to John Dalli. He admired the sleaze, the impunity, the moral ambiguity, the long haul flights to secret stashes and smart swindles.

Then John Dalli played with bigger fires and got burnt. He was disgraced not by what he had long involved himself in but by getting caught and humiliated in the eyes of the world. He still looks up, indignant, and asks why he’s called ‘disgraced’. Indignant perhaps is not accurate. Undignified is closer to the mark.

In fifty days’ time, the deadline handed down by the Council of Europe resolution for Joseph Muscat to order a proper independent and public inquiry expires. It’s not likely the government will comply. Even if some sham is ordered before the last minute it’s almost impossible that the correct terms of reference and powers of engagement are drawn up in the time left without any form of discussion. In other words, even if we do get an inquiry — which is doubtful — it’s almost certainly not going to be independent and or public.

But there are consequences to that.

John Dalli dodged handcuffs and trials. You could say he avoided justice in the ordinary sense of the word. International sanction — the OLAF report, the European Court of Justice decisions against him, his dismissal from the European Commission — may not have had the sound of iron bars rolling on rails and locks clicking shut. But they washed him in the slime of disgrace and as he pathetically puts a brave face fighting for a reputation that is blacker than night the best reaction he can hope for is pity for someone who fell from such heights, so definitively, so terminally.

There was a time Joseph Muscat looked at John Dalli and saw for himself a future he wanted.

When he lets these last 50 days expire, he can look at John Dalli again and see instead a future he does not want: a future of disgraced glories, unconquered perhaps by the narrow confines of legal justice but swept away by the disdain of history that knows what he’s done.

Previous:GUEST POST: Comparing PL and PN accounts (1)
Next:Judge Grixti blocks start of VGH inquiry even though not all suspects appealed