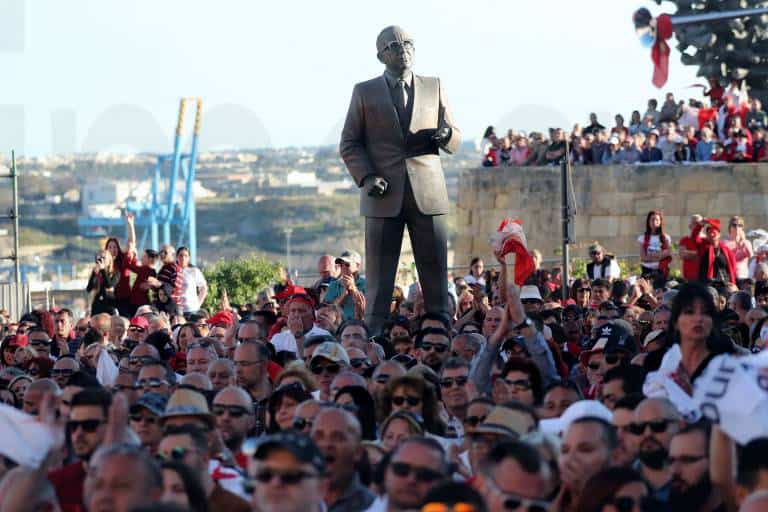 Malta is experiencing a dysfunctional representative democracy. It started, unintentionally, prior to 2013. A Partit Laburista in government has institutionalised this faltering political system during the last seven years. It was its clandestine roadmap to gain power, expediting more wealth to the wealthy elites irrespective of costs and illegalities and coercing citizens to the bondage of deep uncontested conformism implying consent for the sake of consumption.

None of this uncalled-for governance was ever delegated to the elected group of representatives in government by the electorate. Parliamentary deputies are the agents of the citizens who elected them. But the then Honourable Helena Dalli had at a conference abroad openly boasted that government’s election programme was an intentional “fraud”.

We have today a democratic autocracy blown out across all the islands’ public corporations and highest institutions coupled with a high degree of corruption that has permeated a considerable stratum of society. A doze of acrimonious physical and psychological violence is the icing on the cake.

In 1985, Vaclav Havel, in his seminal study “The Power of the Powerless”, calls for individuals to begin ‘living in truth’. For this to take place Malta needs to move towards a notion of deliberative democracy – a dominant new and evolving innovative strand for the past thirty years.

It is with regret to recall what Nadia Urbinati (2020) asserts: “there is a transformation of representative democracies because representation is no longer handled by the parties, but directly by the leaders.” It is now understood that cabinet members shall abide and defend the diktat of the Prime Minister or resign. If this is the level of deliberation practised today at government level, one wonders how intra-party democracy at the Mile-End is implemented; considering that parties include the party organisation, the parliamentary group, its thematic groups, town and regional branches and members.

The Partit Nazzjonalista appears to be eyeing such avenues as emphasised in its leader’s ‘political statement’ in his budget address. It had already introduced this political deliberative language post-1987: setting up independent institutions, the principle of solidarity amongst citizens through social assistance and empowerment and the practice of subsidiarity at town and regional levels and in the public sector.

But what would effectively constitute a new or revamped new normative way?

It is first and foremost imperative that citizens reason out what has led to the present state of affairs and more importantly what the consequences are.

The Partit Laburista in government is nothing short of a democratically elected dictatorship configured around the defunct principles of extreme liberal political thought. Lately, we experience a dose of populism “that does not translate into policies that are in the interest of the whole population: indeed, they are always selective, they leave ‘others’ out of any organizational relationship”. Indeed, this at a time when the government is piloting its notorious Equality bills, that apart from restraining the freedoms of thought of institutions also substitutes judicial decisions by politically appointed tribunals.

Today’s mission of the PL is to retain power at all costs as an illusory guarantee for the security of its evil-doers. It is left to the reader to translate the correlatives of the above into a concrete narrative.

Worldwide representative democracy is in crisis and is particularly so in times of crisis: the 2008 financial crisis and today’s Covid-19. This involves all societies on a global level since today’s democracy is no longer confined to the citizenry of a given territory.

All is not well with today’s frontier-less democracies’ experiment in self-government and ordered liberty. An unprecedented degree of polarisation and culture wars, the erosion of the bonds of civic amity, seeming loss of any notion of an overarching common good to which private interests need be subordinated and the understanding of politics as a zero-sum game, a pervasive cynicism and a growing crisis of legitimacy, the fragmentation of the body politic into a plethora of competing interests whose demands induce something akin to political paralysis. (KL Grasso, January 2020)

It would be beyond me to compile a detailed and accurate inventory of instances where this government might be considered to be in breach of the principles and tenets of our decades-old representative democracy; hence rendering same on the verge of unconstitutionality and unlawfulness.

Michael Saward (2001) in his essay “Reconstructing Democracy”, suggests a number of key criteria benchmarking any theory of democracy:

Assessing the government’s performance along the above criteria would only lead one to consider that it is a truth that Malta has a dysfunctional representative democracy.

The normative new way considered is first that parties effectively start implementing intra-party democracy and deliberation beyond aggregation. Parties that practice deliberation has a better opportunity for increasing membership, attract more qualified election candidates and enhance their credibility and legitimacy.

On a broader level, parties should consider developing a scenario where constituted bodies, civil society, NGOs and individuals and self-interest groups are encouraged and assisted in developing their interests and solutions to their concerns. Sartori (1976) premises that parties are the central intermediary and intermediary structure between society and government. Existing socio-economic fora need not simply be used as consultative vehicles but themselves be partners in decision-making.

Local and regional councils need to regain their authority to act as local government and as intermediaries between society and government. Public agencies need to carry out their remits without undue government interference. In short, given the nature of restrained democracy for both the citizens and government, the finite objective would need to be a higher degree of participation in decision-making.

This initial initiative would need to be backed by intense education in multidisciplinary fields.