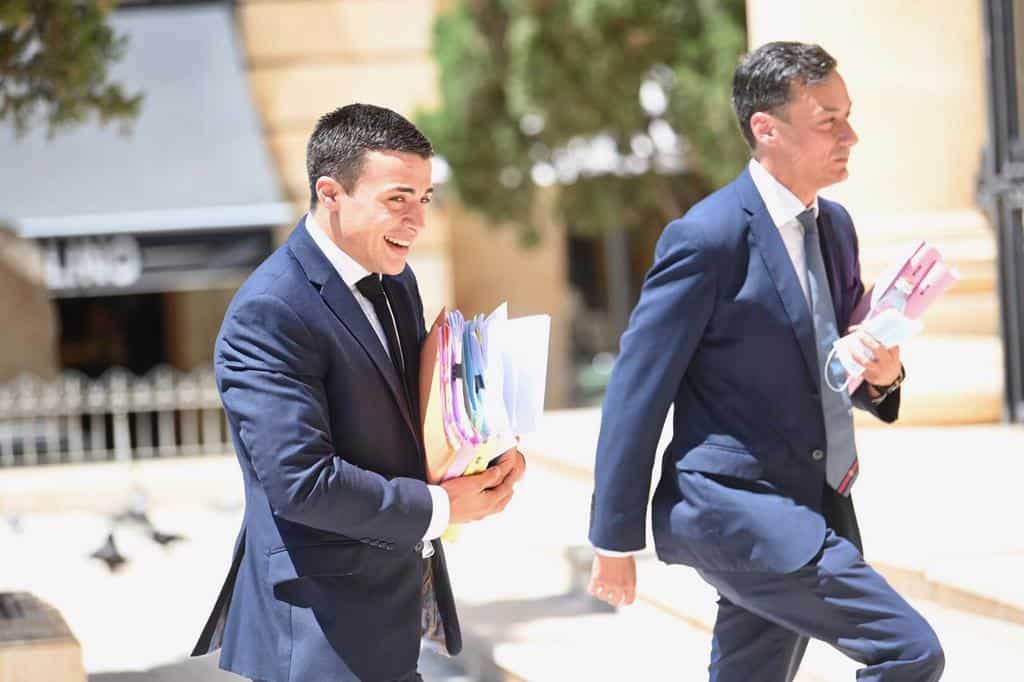 We read in the Times of Malta that a journalist of theirs, Ivan Martin, was offered a payment of several hundred euro presumably to influence his reporting on the case of Yorgen Fenech. That’s because the money was offered to him by Gianluca Caruana Curran at a meeting where Yorgen Fenech’s other lawyer Charles Mercieca was present.

Ivan Martin did not accept the payment and reported the matter to his bosses at Times of Malta who proceeded to confirm with Gianluca Caruana Curran the facts of what happened. The lawyer confirmed “remuneration was discussed”. Times of Malta published the story.

The immediate reaction is disgust at Yorgen Fenech’s lawyers’ conduct. There is no specific rule in the code of conduct for lawyers that forbids trying to influence journalists by paying them rolled up €500 notes. But there isn’t a specific rule that lawyers cannot defecate in church either. The code of conduct says lawyers must act with integrity.

I am sure they will find some retired judge to write in a report he finds no wrongdoing in this case. You can see the sophistry even before its written. Journalists are not public officers in the meaning of the law so paying them a tip is a private matter like telling the cab driver to keep the change.

But journalists are indeed public officials. And here’s the really important thing. It is right to think about how this reflects on Gianluca Caruana Curran and Charles Mercieca, how their idea of working for their client extends from strutting in the courtroom to seeking to pay journalists to take their client’s side, not because he’s right but because he can afford to pay them. But this is really secondary right now.

The primary thing is that journalists are public officials and handing a wad of cash to them to influence what they write is not merely a bribe. It’s a threat. It wouldn’t be just a bribe if Ivan Martin was a senior police officer or a politician or a prosecutor or a judge. It would also be rightly seen as a threat. ‘Take my money,’ the powerful man says. ‘Or face the consequences if you refuse it’.

Do please remember that not for a moment was Ivan Martin told to think that Gianluca Caruana Curran was anything but a rotten mule for Yorgen Fenech. The ‘bribe’ was being offered by Yorgen Fenech, a man who stands accused of killing another journalist. It is perfectly reasonable for Ivan Martin to take this message to mean that he is making a choice between doing Yorgen Fenech’s bidding or being killed.

This was not a bribe. This was a threat. A threat all the more realistic because it comes from someone the evidence compellingly suggests is entirely capable of killing journalists.

So, by all means let’s come around to discussing the ethical conduct of Gianluca Caruana Curran and Charles Mercieca. But there’s a more pressing matter here. Journalists in Malta are in danger, and that’s not in danger of getting their pockets lined but in danger of having their brains blown out.

In the meantime, we can only assume that Yorgen Fenech got his lawyers to “discuss remuneration” with other people before Ivan Martin. It may explain how some people speak for him when no logic or reason can justify that, but a fat wad of €500 notes might. They’re not just soulless scroungers, liars and complicit allies of organised crime. They are also exposing the few journalists, lawyers, police officers, magistrates and servants of this country who act with integrity for whom Yorgen Fenech’s plata o plomo changes nothing.

Previous:There’s no other side of the story
Next:GUEST POST: The Golden Passport