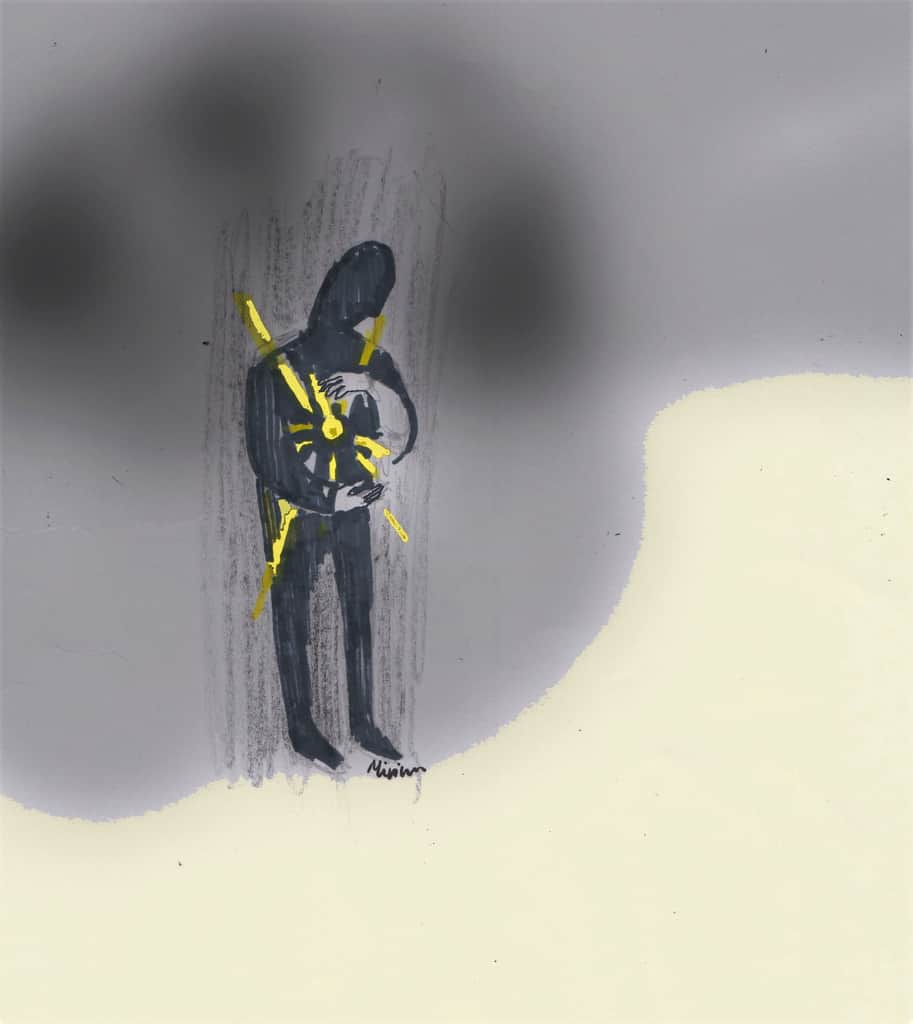 Sitting in the typically mild Northern sunshine in Brussels, surrounded by typically grey urban buildings in an unremarkable-looking city, I got to thinking on the thirst for culture that drove me out into the wild world away from my small sunny island, whose climate I shall always sorely miss. I keep wishing that the sun was burning more fiercely, the sky was bluer, and the air carried the salty scent of the sea. I have left Malta behind and come to live in a foreign city for the past 15 years in pursuit of culture. I realise, as I’m rocking in a hammock in between rain pourings, desperately mimicking a true Maltese summer, that culture lies also in the physical nature of a place – the softness of its rock, the colour of its sky, the depth of its water, the strength of its light, the sound and temperament of its people.

Yet art is also the departure from the physical world to the imagination, our brain’s ability not only to process facts and physical reality but also to think abstractly. No matter the amount of beautiful sights, delicious meals and sensorial pleasure provided by our surrounding environment, we search for something beyond – something imagined, perceived, idealised.

Besides, we shape the world we inhabit also with what inhabits our mind. Our physical world, and the grace with or without which we live, reflects the contents of our mind. Art cultivates a certain poise in human civilisations, imparts a genteel code of communication, explores the depth beneath the surface. It is a soft knowledge, an arguably more sophisticated perception of the world. Apart from intellectual and sensorial refinement, it fosters empathy and authenticity by valuing other than functional and materialistic goals in favour of pursuing essence and beauty.

It is this less evident value that seems to elude Maltese society. We are so focused on material gain and consumption that we do not recognise the essential need of nourishing our soul. We are hellbent on conquering, possessing, maybe because of our long history of being conquered and suppressed. Yet we are still to learn to appreciate the riches right under our nose and to recognise unquantifiable wealth. Nowadays, a thriving cultural scene supported by adequate resources and infrastructure is a marker of prosperous developed countries.

Sadly, Malta is still to recognise this soft power. A study conducted by the Malta Arts Council into audience perception of cultural events registered an extremely low engagement with art and culture. The study found that only a minimal percentage attends cultural events, ranging from cinema and exhibitions to theatre and dance performances.

It is facile to conclude from this that the Maltese are uncouth and untalented, but if you take a look around you see local talent prevail both in artisanal activities and among the youth who are increasingly wired and in the know thanks to the internet, something that is apparent in the thriving local alternative music scene and even in commercial talent shows such as X Factor. There may therefore be a series of other reasons why the local public is disinterested.

Our education system notoriously focuses on quantity rather than quality, with students taught a barrage of trivial details but not core values and skills that would equip them to think independently and critically, with a syllabus that keeps marginalising artistic subjects. Without a holistic education, students are neither being cultivated to appreciate culture nor provided the adequate resources and infrastructure to produce quality art that is relevant and captivating by contemporary international standards. Local art at the same time faces the challenge of engaging in contemporary artistic dialogue while remaining relevant to the local context. Artists risk emulating external influences while alienating and intimidating their local public.

It also doesn’t help that the syllabus only teaches Maltese history and culture, without teaching much about European and international history, for that matter, which is incomprehensible and deprives students of the context needed to understand what they are studying. Neither are we taught relatively recent post-WWII Maltese history lest it should offend our partisan sensibilities.

Art and cultural funds have increased thanks to the EU, and the local cultural infrastructure has improved with the restoration of MUŻA, the opening of modern cultural hubs such as the Valletta Design Cluster and MICAS, and even the creation of a national theatre company and a national dance company.

However, this is sadly still rather superficial as, more often than not, there is a strategic political agenda behind it. Much too often cultural posts are filled by underqualified, politically appointed persons instead of veteran artists who previously pursued their art purely out of passion, and who should have now been acknowledged, whose experience and dedication would have benefited local art institutions. It is such a shame that we have jumped from an impoverished yet authentic art scene to one that finally has more financial support but in all the wrong ways and places.

The government seems to think that the way to boost the local cultural scene is investing in national companies such as Teatru Malta and Żfin Malta, the names of which are already cringeworthy, as a shortcut to developing the existing art scene, rather than enabling and supporting the practice and growth of independent artists. This solution is in itself simplistic and nationalistic, and is a way of monopolising the local art scene while whitewashing it from critical elements, pumping funds into companies that can be controlled and buying artists’ silence by employing them in commissioned projects, often regressive in their populist traditional style, rather than enabling their individual work.

The recent scandalous organisation of a ludicrously expensive awards ceremony for a film industry that is itself financially struggling was boycotted by a good number of film producers and shows this government’s obsession with surface appearance rather than actual substance.

We should also ask what the Arts Council considered as art when conducting its study. Many Maltese follow what is happening through the internet, which is why they may be unimpressed by what is offered locally in traditional cultural venues. Besides, the study doesn’t include newer art forms and subcultures such as electronic events, skateboarding and fashion, which again may reflect a conception of art that may need to be updated. 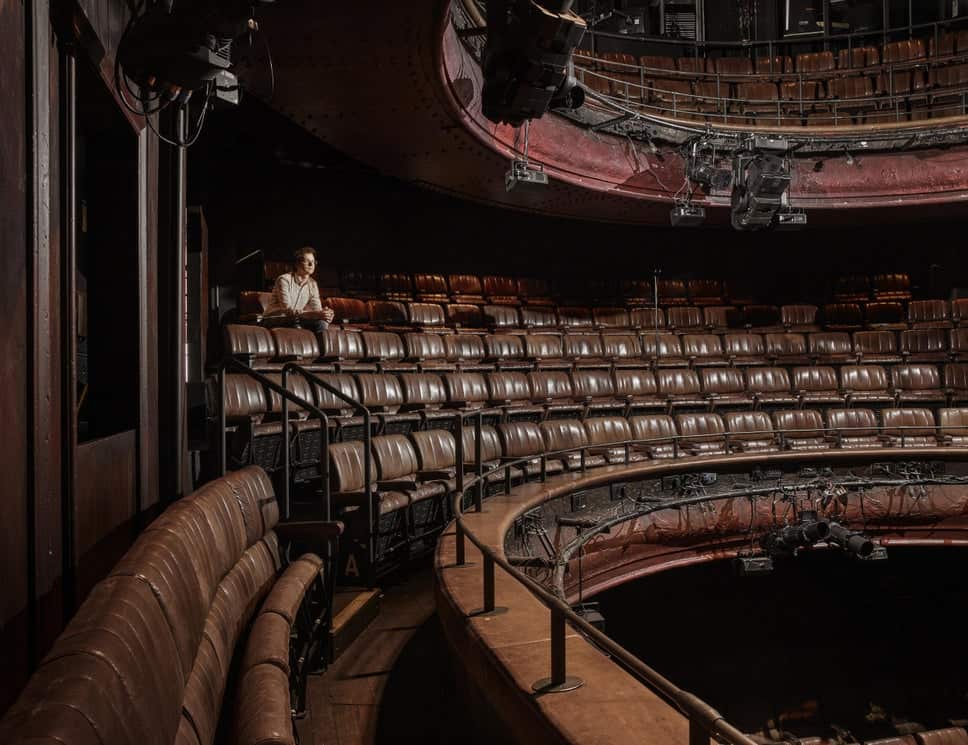 If we truly valued culture, our construction wouldn’t be so hideous and constant, destroying our island’s natural beauty and architectural heritage to replace it with a soulless artificial aesthetic. Maybe our economic plan wouldn’t be rapid mass consumption rather than sustainable development, building Dubai-style shopping malls and skyscrapers which we view as a sign of progress, when we should be looking into socially responsible architecture, reusable materials and urban greening.

Maybe our environmental and cultural policies wouldn’t be rudimentary and we would make a greater effort to foster innovation and sustainability. We wouldn’t be trying to replace the trees we tore down with green walls and shifty plants stacked outside of Parliament.

Maybe we wouldn’t be accusing activists of being traitors and our kids would be able to stand up for something and voice their views eloquently and persuasively, independent of traditional prejudices and partisan politics. Maybe we would be able to string a single sentence properly in our own language rather than speak a broken version of the language of another, but would still be open to other cultures and at ease with difference not threatened by it. Certainly, we would be treating each other more gracefully, not out of blind duty or obedience, but genuine ethical awareness.

Simply because Malta’s physical surroundings are blindingly beautiful, we shouldn’t neglect its inner life, wherein lies the truest beauty. Even though the weather is grey in the city that has been my home for the past 15 years, it is a place where art and culture are given a rightful place and integrated in the basic needs of society, where people’s right to think and speak autonomously is not questioned but acknowledged. I am glad to have such easy and ample access to culture and the mentality it breeds. The inner sun is as important as the outer one.