You may have seen reports of Bishop Joseph Galea Curmi’s homily at a mass held a few days ago in memory of Daphne Caruana Galizia. I think it’s truly worth reading. Here’s an English translation if that’s easier for you to read. 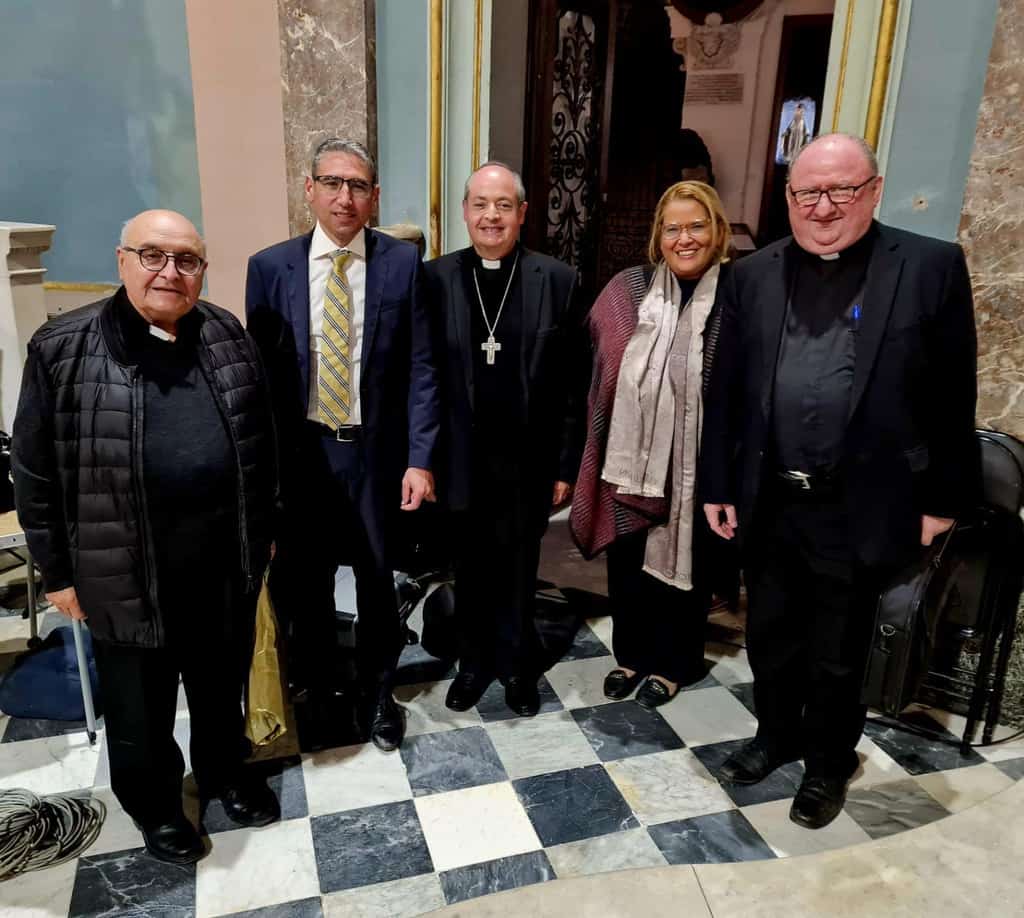 We have just commemorated the passion, death and resurrection of Jesus. Pope Benedict XVI makes an interesting observation in his book about Jesus of Nazareth when he speaks about the passion of Jesus. He speaks about when Jesus entered Jerusalem and was welcomed triumphantly by the people who shouted: “Hosanna, blessed is he who comes in the name of the Lord”. Then, a short while later, we see Jesus in front of Pilate, and the crowd shouted, “Crucify him”, and chooses to free the criminal and to crucify the Lord of life. We often remark how, within a few days, the crowd went from “Hosanna” to “Crucify him”, and yet, Pope Benedict XVI states: it wasn’t the same crowd that went from shouting “Hosanna” to “Crucify him”. The problem was that at the time of the passion, those who had shouted “Hosanna” and greeted him, were nowhere to be seen. They abandoned him; they ran away.

It’s an interesting observation because it is evidence of an important reality in our lives: many times, the sin is one of omission, that we do not do what we should do, that we run away instead of doing what we are supposed to do, that we allow evil to flourish because of our inaction.

It is plausible that the two disciples walking back to Emmaus that we read about in today’s Gospel, were also among those who were nowhere to be seen during his passion. As they were walking sorrowfully and showing disappointment at the events of the days before, and lamenting how it all seems to have blown away with the wind, Jesus walks with them, accompanies them, listens to them and asks them questions. It was his presence and his words that helped them recognise him in the breaking of bread that helped them realise that Jesus was alive, that he had indeed risen to new life, and that is why they returned to announce that death hadn’t been victorious, but that Jesus was victorious over death. His victory helped them understand anew their responsibility and spurred them into action.

Last Saturday, four and a half years ago, Daphne Caruana Galizia was assassinated. It was a brutal assassination that brought about great suffering to her family, relatives and friends, and left a huge scar on Maltese society. Today, during this mass, we are praying for her before the Lord, who is alive, to grant her eternal rest, and for her family who have suffered such a great loss, to be granted solace. We are also praying for justice to prevail, and that all who were involved, be it overtly or covertly, by what they have done, or ordered to be done, be brought to justice; and we are also praying so that we all strengthen our resolve to work for what is true, for what is right, for what is just, for respect towards the rule of law and the protection of life and human rights.

When Pope Francis was in Malta, he reminded us about how important it is that we do not remain passive but we should do our duty towards society in a dignified way that respects the life and dignity of every person from the beginning to the end of life and at all times in between. When he spoke about unity and coexistence, he reminded us about those who rely on rights and legalism. In his words: “Honesty, justice, the sense of duty and transparency are essential pillars of an advanced civic society.  The commitment towards ending illegality and corruption has to be like the strong wind that blows from the north and cleanses the coastline of the country. And hopefully the legality and transparency allow us to uproot what is evil and criminal which are bound together by actions that aren’t done in the light of day.”

These are the words the Pope said in Malta. They are strong words and encouraging for all those who do not shirk their responsibilities and carry on working apace to be part of the strong wind that is needed to clean the country from illegality and corruption. In the document Misericordiae Vultus, when he spoke about people who support or are complicit in corruption, Pope Francis had spoken along the same lines. He had said thus: This scourge which erodes society is a grave sin that calls out to Heaven, because it shakes the very foundations of personal and social life. Corruption hampers us from looking to the future with hope, because arrogance and greed destroy the projects of the weak and trample upon the poorest of the poor. It is the evil that grows in everyday life and then expands to public scandal. Corruption means the hardening of the heart in sin, and in God’s place, one puts the illusion of money as a form of power. It is an act of darkness, built through suspicion and intrigue. St Gregory the Great rightly stated Corruptio optimi pessima [the worst thing is corruption of the good] when he wanted to show that no one should consider himself free from this temptation. (Misericordiae Vultus, 19).

Less than a month before the assassination of Daphne Caruana Galizia, the Pope, addressing the members of the Parliamentary Commission against the Mafia in Italy, had said: “It is easy for a man who closes himself up within himself and becomes self-sufficient to seek self-gratification and thinks he can make his own rules for himself and for others. A sign of this is deviant politics, concerned only with personal interest and taken up by underhand agreements. Thus it suppresses the voice of the conscience, considers evil frivolous, and does not distinguish between truth and lies and takes advantage of the responsibilities it holds towards the public. (Speech delivered 21st September 2017).

The Pope asserts that it is only the building of a new civic conscience that real freedom from the mafia can be achieved. He explains that to put corruption aside from personal and social life “prudence, keeping a watch over oneself, loyalty, transparency, as well as the courage of condemnation are required. If not fought openly, today or tomorrow we will become complicit and it will destroy our lives” (Misericordiae Vultus, 19).

These are the words of Pope Francis. Words that strengthen the resolve of all those who are prepared to speak the truth even when the truth is uncomfortable.

As we pray for Daphne Caruana Galizia today, let us pray to the Lord for the journalists to be brave, to serve loyally as the eyes, ears, and mouths of the people with full respect to complete truth and liberty. Let us pray to the Lord for us all to be helped to carry our responsibilities and do what we have to do, so that we will never remain passive or indifferent, but be ready to make the necessary sacrifices for what is right.

Previous:Will no one protect us?
Next:THE SUNDAY TIMES: Between fighting and flying