Will no one protect us? 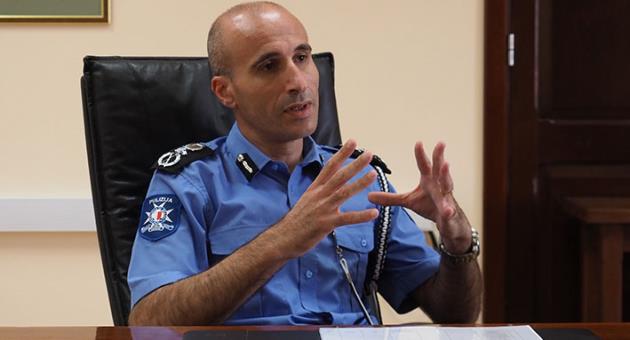 The EU prosecutor briefed MEPs today about Member States’ ability and willingness to punish fraud and corruption using EU money. She has reasons to be frustrated. Denmark is not obliged to comply with the rules. A few countries have not signed up to allow the EU prosecutor to investigate their affairs. One of those countries, Poland, has a long list of cases of suspected corruption and fraud.

Malta occupies, as ever, that squirming spot of exquisite tenderness. We have signed up fully to participate in the EU anti-fraud system. Nothing tickles a Maltese minister more than standing first in line to sign some new hifalutin document. But there’s always a but. But prosecutor Laura Kovesi found that Malta did not report even a single case of misused EU money, or any sign of fraud or corruption of European concern.

She may have at first thought that’s because Malta is incapable of sin. But there’s always another but. But when she flew to Malta to check how well the people detecting crime were working, she couldn’t figure out who was doing it. She met the National Audit Office. She met the Commissioner of Police. She met the Attorney General. She met the Financial Intelligence Analysis Unit.

She asked them all how they were doing detecting fraud, corruption and financial crime involving EU money. They all told her, erm, huh, eh, you know, we’re not actually looking to see if any crime is happening. That’s somebody else’s job.

Which leaves us with the policeman in chief. Angelo Gafà and his uniformed staff are the only people in the country with the exclusive authority and by inference the inescapable responsibility of putting handcuffs on criminals. Unless Angelo Gafà comes out right now to say that EU prosecutor Kovesi is lying and he never told her that it was not his responsibility to detect and act on fraud and corruption, then surely, he must resign if nothing else for lying about his job description.

Never mind of course the reason why Laura Kovesi asked him the question. And that reason is that Malta has not detected a single episode of fraud or corruption concerning EU money and that is not because our law enforcement agencies checked and found there weren’t any, but it is because they didn’t check at all.

Fraud and corruption concerning EU money will touch either upon the collection of revenue from indirect taxation (VAT) or upon the disbursement of EU money in projects, ranging from infrastructure, to training, capacity building, and so on. Every euro that is not collected or that is spent is an opportunity for fraud if the people responsible to administer the collection or the disbursement and the people the money is being collected from or paid to collude to break the rules and share the proceeds.

This means that these are crimes that almost certainly would involve public administrators: politicians or civil servants.

Our police do not want to run the risk of following the evidence towards corrupt politicians, not while the Labour Party is in power. In the same way that they dismantled our ability to detect and act on banking fraud because they knew, for example, that Ali Sadr Hashemi Nejad and Keith Schembri and Brian Tonna and Joseph Muscat and so on belonged to the same conspiracy, they have also dismantled (as is evident by the EU prosecutor’s remarks) our ability to detect and act on fraud concerning EU money.

Though I could never be accused of fraud, whether banking or in the use of EU money, I have too often been accused of damaging Malta’s reputation abroad.

I doubt One TV will extend that accusation to Angelo Gafà even after today.

Previous:Asking for a stork
Next:A commitment like a strong, cleansing wind