The people also voted for an Opposition 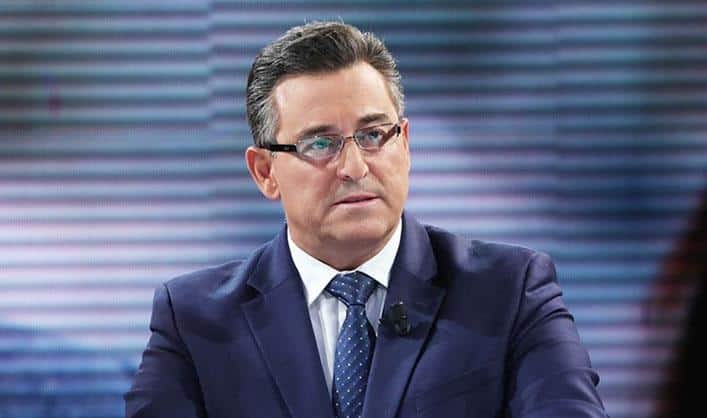 Someone asked me yesterday if I had read the interview Bernard Grech gave Times of Malta before writing my article published on the same edition of the newspaper. I hadn’t. But if my piece sounded like a reaction to the PN leader’s interview it’s only because immediately the general election result was out, Bernard Grech started sending the signals that were articulated so terminally yesterday.

The PN leader is oozing ‘if you can’t beat them, join them’ vibes. The attitude comes from the mistaken idea that since he is not prime minister, he’s unemployed. More than 40% of the Maltese population voted for his party which means his party is not only the Parliamentary opposition, it has the function as serving as Malta’s largest by far pole of opposition to the government.

There wasn’t much of that in the interview. There was a lot of contrition, a lot of changing ways, of “listening” to what the people have said. And in his speech later in the morning there was a lot of talk of “tough decisions” and extraordinary financial debts which must have been mentioned because they feel insurmountable.

I don’t think this is about listening to the people at all. I think all this self-abasing talk of humility and mortification is the easiest way to mishear what the people really said at the general election. Just over half of those who cast the vote said they wanted the PL to govern. Just over 2 of every 5 voters wanted the PN to serve as the country’s Opposition. Just under 1 of every 5 eligible voters did not vote which has some significance I should imagine, but since they abdicated their right to express an opinion should not overwhelm the voices of those who actually did show up.

Starting in 2013, the PN has been indicting itself, accusing itself of all sorts of inadequacies, punishing and flogging itself, and tightening the cilice, to the point where Labour often could just sit back and watch its erstwhile rival consume itself in self-doubt and regret. Instead of doing its job of being an Opposition, the PN wallowed in the self-pity of being a non-government.

The self-flagellation was not perpetrated by unhappy backbench critics, so often blamed for destroying the PN with internal friendly fire. The mortification was inflicted from the top by the party’s leaders, each one repudiating the party’s ideology, history, program, people, media, and structures, and proposing precious little to replace it with.

Yesterday, Bernard Grech went as far as warning that the alternative to his as yet remarkably unspecified “tough decisions” would be the party’s demise. He’s not wrong. But that increases the burden of responsibility on his shoulders to come up with some form of plan, some program, some strategy the outcome of which would be considerably more desirable than the absence of the party’s annihilation.

No party should be an end in itself, satisfied with its mere existence. And no party should make it their mission to change themselves to a point where they are so much like their rivals that their rivals stop finding reasons to distance themselves from them. Political parties are means to a better country, the source of solutions that other parties have not thought of or are believed to be incapable of delivering. Political parties exist to be different from other political parties, to disagree with them, to mobilise people on one side of a programmatic and or ideological fault line against the people on the other side.

When the PN accepts that the PL’s formula is the only viable path to success and decides to chase it down the path to ethical emptiness it achieves the opposite of what it hopes. It achieves redundancy because why go for an imitation of the Labour Party when we already have the original?

People speak of the need for national unity, of looking for things that bring us together and for avoiding polarisation. This sense of popular and cross-party solidarity sounds like something one should wish for. I couldn’t agree less. Under normal circumstances this rush to national unity sounds remarkably akin to cultism or even fascism. And these are not normal circumstances. We need polarisation to distance us from people whose crimes were covered up by murder and who still roam the streets. We need political division to crystallise the distinction between right and wrong. We need controversy that splits criminals and their allies and accomplices from people who do not consider integrity in public life as just a nice to have.