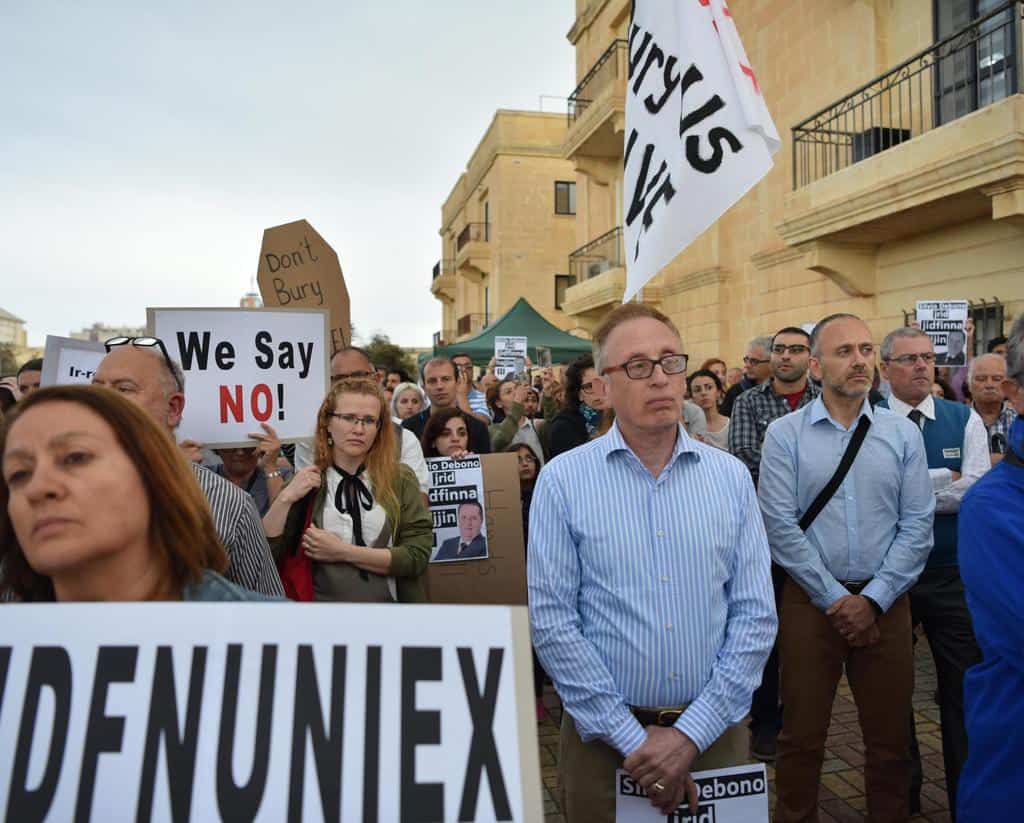 Bernard Grech’s most trusted adviser, Ray Bezzina, moved to the dB group to work for the construction magnate. If I’m honest the actual job move didn’t shock me. This country is pathologically (and mistakenly) averse to career political operatives and has a keen appetite for chopping heads. Ray Bezzina had no realistic hope of keeping his job after his party lost an election everyone knew they would lose and since he presumably has a family to feed he was either going to starve them or take up a job with anyone who would employ him.

Retired political operatives are more unemployable than convicted paedophiles. I’m not a paedophile, but I’m the other thing and can speak from experience.

What was particularly galling and miles beyond even my sympathetic bias for someone in a situation I am painfully familiar with, was how easy it was for Ray Bezzina to advocate for the dB group, adopting Labour’s classic rhetoric that no one “had proven” that the dB group had broken laws or breached regulations.

Since I’m not going to think that Ray Bezzina forms his judgements according to who happens to be paying his salary that day, I have to conclude that while advising Bernard Grech, Ray Bezzina was fine with how Silvio Debono acquired the ITS site for a pittance, ignored the findings of the Auditor General about the rotten procurement process in that case, was ok with Keith Schembri’s money man deciding on the Hard Rock permit while selling apartments in the development on plan, Johann Buttigieg flying PA directors on private jets to ensure a favourable vote, and Silvio Debono publicly punishing the PN for criticising his megalomaniac project by revealing he was a party donor.

Silvio Debono’s wrongdoing may well be unproven, but what is proven is how he benefited from the proven wrongdoing of ministers and civil servants, the underlings that worked for him, one is expected to presume for no reward.

On top of that, add the desperation in Bernard Grech’s voice yesterday when he spoke of over €30 million in debts owed by the PN (that’s just shy of €1,500 for each and every party member) and you inevitably form an idea of what shape the unspecified tough decisions would take. Who in this country has the willingness and the ability to pay off such a debt? Certainly not the party’s bankers. They’re left with construction magnates, property tycoons, casino operators, and business giants for whom the cost of keeping political parties alive is just another operational overhead.

I can’t claim to speak for the 40% who voted PN but I know Bernard Grech is not speaking for me if he’s not clearing his throat to sing into existence a big change in the way this country is run. And I voted PN. I voted to oppose a reality where Yorgen Fenech clicks his fingers and Joseph Muscat, Keith Schembri, Edward Zammit Lewis, Chris Cardona, and so on clear their diaries to do his bidding. Yorgen Fenech (allegedly) went as far as killing a journalist but I will not wait for other football-club sponsoring, tall-building erecting, boat-party hosting magnates to go as far as murder before I object to this realpolitik everyone, including the PN, seems so keen to accept.

I am not arguing for nationalising the means of production or for a dictatorship of the proletariat. I am arguing for a political class that includes learned and trained professionals that earn a decent salary so they don’t have to speak for their building developer employers like Hooters waitresses outside their restaurant doors and instead owe their loyalty to no one but the people who voted for them as well as the people who didn’t.

In the current reality, when the extent of the debt owed by the Opposition party is so great that even the pretence that they are candidates in a democracy rather than agents of a plutocracy is dropped, the only truth I know is that democracy, like ethics, has been reduced to a private belief instead of a political system. And a rare one at that.