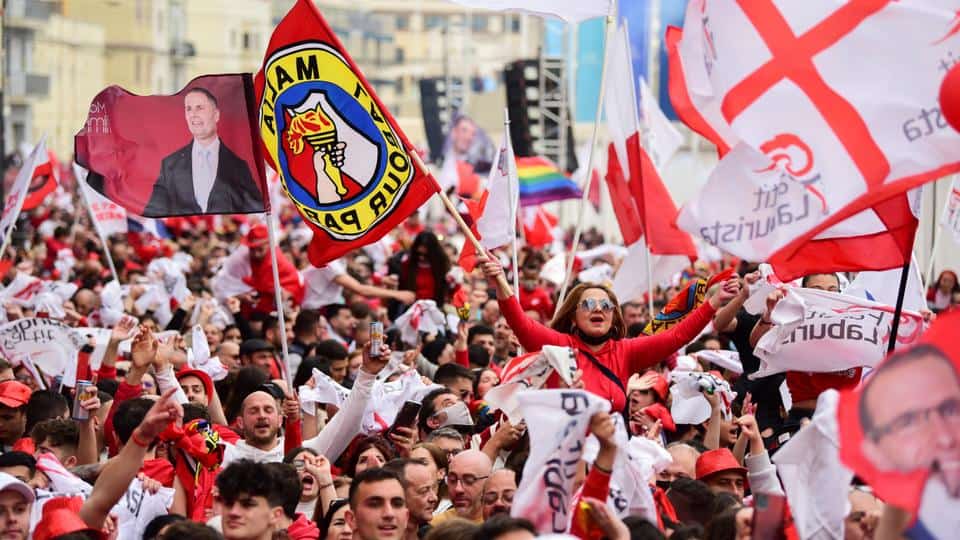 One cannot but compare Malta’s political landscape with that parallel universe abroad in countries we used to hold up as models of democracy. It’s almost as if some nefarious evil force is playing games with our worldwide collective sanity. Brexit, the rise of the French far right and shockingly the German far right as well. America did the unthinkable and elected Donald Trump. Britain has a clown for a leader. Eastern European countries who appear to have forgotten those oppressive soviet times and now cosying up to dictators.

This similarity cannot be but coincidental, or is it? Can this similarity be explained by a common fear gripping advanced democracies? Please bear with me as I get to the point soon enough.

I am sure many of you regular readers of this blog site have been dumbfounded by Dr Joseph Muscat’s electoral success and now Dr Robert Abela. Not to mention Dr Chris Fearne’s meteoric rise to arguably undeserved stardom. How exactly have our health system become super better over the past decade? Good or bad cost-wise it was after all the former PN government that upgraded our health system from hundred-year-old St Luke’s to modern Mater Dei.

Sure, as truth I must tell, the past PN governments made what is in my opinion a grave mistake started by the Fenech Adami government of taking political spin up to dizzying levels stunting the brutal crass political messaging of the then MLP. A trend people should by now regret if they can manage to see clearly through their tribal affiliations. An ultra-catholic conservativism led by Dr Fenech Adami, peaking with Dr Gonzi, exhausted our younger minds to the point of rebellion.

Yet this does not satisfactorily explain such a severe voting backlash. Too many voters threw away all the common-sense voting approach of the past that saw us gaining EU membership. A tired looking PN still managed to cut through the MLP’s nonsense. That great work ethic, humility, honesty, and integrity was also shown by the likes of Dr Simon Busuttil and his team in the 2017 election. That team was not a joke by far and yes, in my opinion their opponents were a joke: Claudette Buttigieg, Marthese Portelli, Karol Aquilina, Karl Gouder, Jason Azzopardi, and MEP David Casa.

Granted, I should include my least personal favourite Therese Comodini Cachia and Claudio Grech. Yet even I must admit like other PN elements at the very least they lent a sense of rationality. We can argue all we want that the PN still had hangers on who inherited and did not deserve their place in parliament. Fact is the 2013 shock was felt and the PN did come back as more energetic, fresh, righteous.

Past PN corruption allegations and unexplained wealth eroded confidence in Malta’s political system. Decades of putting party’s interests above those of the country all in the name of maintaining a duopoly is now coming back to bite us. But that situation should mean that now all being equal third parties should be doing better. Individuals who are willing to face ridicule and suffer material deprivation for a noble cause of setting up a third alternative fail to make any headway. Individuals who may not be very inspiring but accomplished intellectuals and writers, barely make a dent.

It all became clear, to me at least, when I came across an article on the Scientific American website headlined “Does Surging Existential Dread Help Trump? As fear of mortality rises, so does tribalism and support for authoritarian leaders, according to terror-management theory” by John Horgan, published on April 1, 2020.

It cannot be a coincidence that following the demise of the Gaddafi regime in our southernly neighbour a boat cross away and the ensuing chaos that followed, Gonzi’s government suffered one of the most humiliating defeats in Maltese political history.

Sure, the PN arguably deserved to lose and it was also about time for a change but such a wide margin ignored the tricky negotiations managing the Libya fallout and an economic crash not seen since 1929. But the Libya crisis was also followed with the rise of ISIS and European terrorism. Libya became a very real and present danger for the Maltese, threatening our very existence in our collective minds especially sensitive to Muslim threats.

It’s not just historical fact but it’s a threat that is burned into our minds from the very day we are born. The Great Siege of Malta cleared any doubts if ever there were any that Malta is staunchly Catholic, and they are all out to get us.

In essence therefore the PL did not even have to do much to stoke fear of waves of immigration. They did not have to spell anything out as in how they would deal with it. All the PL had to do was to look stronger willed.

It is [fear] that makes people so willing to follow brash, strong-looking demagogues with tight jaws and loud voices: those who focus their measured words and their sharpened eyes in the intensity of hate, and so seem most capable of cleansing the world of the vague, the weak, the uncertain, the evil. Ah, to give oneself over to their direction – what calm, what relief.

Dr Simon Busuttil & Co. therefore did not stand a chance, no matter how much corruption they uncovered. The Maltese do not fear a few financial embezzlers. They fear those waves of Africans coming uninvited to our shores. In Maltese culture Turks are Ottomans and they are black. Black is Muslim and evil. Those people on boats are modern day Turks, never mind that Turks are not black skinned and look very much like the rest of us Mediterranean people.

On our tiny island in the middle of a vast Mediterranean Sea with large very unstable Muslim countries to our south, that fear gets fired up very quickly. We get the jitters when we hear of an Arab Spring. Bring back Gaddafi and his murdering cabal. Bring back Hosni Mubarak and Ben Ali and their corrupt and oppressive dictatorships. I do not have actual data, but my suspicion is that a large majority view these countries as spawning grounds infested with Muslim terrorists that have murdered hundreds of innocent Europeans.

Will this change with the world now focusing more on Russia and a more conventional enemy as opposed to an invisible one that can strike us personally? I do not think so. There is a real fear of nuclear weapons.

More worryingly I see a bigger shift by Germany, Italy, and France towards the right. Not so much in the UK as I see them more in line with American thought thanks to the channel that separates the British Islands from Europe. Boris Johnson is already on his way out. Another liar and populist bit the dust. When the PN under Fenech Adami went through similar times under the threatening shadow of the Soviet Union the public was ambivalent. Both sides were powerful and strong, locally, and abroad, so the choice was much harder.

That should explain the difficulty for the PN to gain ground over the then ultra-corrupt and murderous MLP. If I had to guess, I would say that Dr Bernard Grech just made all the wrong choices. The last thing a scared population needs is to see fresh young faces that appear incompetent. No Maltese is going to care about a murdered journalist, mismanagement and corruption when faced by nuclear holocaust.

No voter is going to trust a party leader who cannot get himself to face off rebels. If Dr Grech does not have the willpower and strength, he needs to make way now for someone who has the courage to face off a party split.

It will not happen anyway, and Malta must have a strong opposition.