Stephen Grey’s scoop yesterday reporting quotes from George Degiorgio is, in my view, significant primarily for reasons George Degiorgio must have been aware of but were not his primary intention.

His, and his brother’s conviction, should now be a shoo-in. He openly confessed to being the killer and openly testified to his brother’s involvement. He also openly admitted to premeditation aggravated by the callousness of his remark that had he known who his victim was he would have still killed her. The only difference would have been he would have asked for more money perhaps to cover his risks or perhaps to commit resources that would have given him a better chance of getting away with it.

Hearing the voice of a cold-blooded killer can be thrilling and exciting. People will tune in to the podcast to hear what a cold-blooded hitman sounds like, a real life one with a Maltese accent, someone whom you could have walked past on your way to an errand in Republic Street not knowing you were in the vicinity of a murderer.

That excitement is risky. The morbid fascination with killers, especially self-confessed killers, is a temptation to empathise, to hold on to any signs of humanity and to give our fellow man the right to a point of view. We are atingled by the proverbial banality of evil.

Here’s some pocket size amateur psychobabble for you. We listen with fascination to a killer because they give us a window into the darkest recesses of our own humanity. We are curious to hear someone who has killed and place that evil in a context of mundane normality. We look to see what we have in common with a killer, fascinated and intrigued by the sleepy killer within us.

We look for the killer within us and in the process, we gawk at the reflected ordinariness of the killer we listen to.

That’s just what George Degiorgio wants us to think. He needs to add his voice to his murders because his voice humanises him and if we listen to a human rather than a killer, we may be tempted to take him for his word and follow his pipe to whichever cliff he wants to lead us.

George Degiorgio admits killing Daphne Caruana Galizia, in cold blood, for money, not knowing who she was. There’s only one response to that admission, a lifetime in prison.

He wants a different answer even as this interview places him closer to that fate than at any time before now. He wants to be rewarded for admitting his role in other crimes, in other murders. In exchange for his liberation, he will give society his evidence against people — even senior government ministers, now retired from politics — who he says were also involved in some of the crimes he will admit to.

I’m perfectly happy to believe George Degiorgio because his stories about a separate plot to kill Daphne Caruana Galizia and about the violent hold-up of the HSBC headquarters in 2010 are not by any means bolts out of the blue. What he has to offer is corroborated by at least one other witness, maybe two. Vince Muscat has been raising his hand from the back of the class for four years. Perhaps comforted by the likelihood of conviction because of multiple witnesses, Darren Debono might finally decide to break his silence.

Therefore, it is reasonable to allow that what George Degiorgio says he knows is quite probably true.

It is desirable that anyone guilty of a crime faces consequences, the punishment provided by the law. It is also desirable that when politicians break the law, especially laws against violent crime, they are seen to be facing consequences, the punishment provided by the law. Politicians are people who asked and obtained the public’s trust to act in the national interest and then proceeded to betray that trust. When people in the public eye get away with crimes they have committed, the population’s sense that justice is served unequally would be aggravated even more.

That is also what George Degiorgio is banking on. When he gave that interview, he had us in mind. He expects us to desire more the conviction of some politician whom we have criticised for years and who has abused their power than we might desire for him, George Degiorgio, to get the maximum punishment for the crimes he knows he is responsible for.

George Degiorgio wants us to think it is logical to go for the bigger fish and to perceive him as a less important objective, a smaller fish, a humanised cog in the complex machinery of criminal power with politicians on top.

It is true that beyond the principled objective that anyone guilty of a crime must not get away with it, there is a reality where choices need to be made. Sometimes justice must cooperate with informants, witnesses, turncoats, and pentiti to serve the greater interests of justice.

George Degiorgio wants us to choose the evidence he promises over punishment for the crime he admits to.

We shouldn’t do what he suggests and here are some reasons why.

Firstly, George Degiorgio admits killing a journalist. It is problematic to rank crimes, not to mention ranking murders. But the murder of a journalist is an outrage on our democracy, an assault on the entire community. Journalists, and all other contributors to the workings of democracy, should not live in fear of murder.

Secondly, justice for Daphne Caruana Galizia has already been compromised by the reduction of penalties that some of her killers deserved to serve. Two men have admitted their role in killing Daphne Caruana Galizia before this interview. Melvyn Theuma got immunity from prosecution. Vince Muscat got a reduced sentence of 15 years. Surely this cannot go on for ever.

Thirdly, we owe it to the relatives of the victim to support them in their call for prioritising justice for Daphne over other considerations. In life Daphne was entirely selfless in the risks she took for the service of the community. She continued working right up to the moment she was killed for it. Her family have thought of everyone when they rightly should have been thinking of themselves. They campaigned tirelessly for improved safety and working conditions for journalists in Malta and in Europe. They drew to Malta the Venice Commission and other institutional bodies to push for institutional reform that benefits everyone, everyone indeed apart from their mother. They stood by us all more than any of us stood by them.

Fourthly, this is not what it seems to be however limpid the sound of his voice might sound on the podcast once its aired.

Admitting to Daphne’s murder is journalistically significant but as far as the legal process is concerned hardly earth shattering. We know George Degiorgio killed Daphne Caruana Galizia. We’ve known that for a long time now. The evidence against him and against his brother is crushing. The forensic evidence would have been enough to lock him up. When Vince Muscat stepped up to corroborate it as an eyewitness George Degiorgio became a certain lifer.

At face value he may have done this interview to try to bargain his way out of a life sentence to see himself out of prison at some point in his life. Face value is rarely where the whole truth lies.

George Degiorgio may not be fancying his chances of a reduced sentence after all. He’s a depraved psychopath utterly deprived of any form of morality to be sure, but he’s not an idiot. But there are other rewards for a prisoner serving time. George Degiorgio has a family on the outside, sons all over Facebook, one of them a pubescent who fancies his family name as some form of mafia clan, not without good reason. 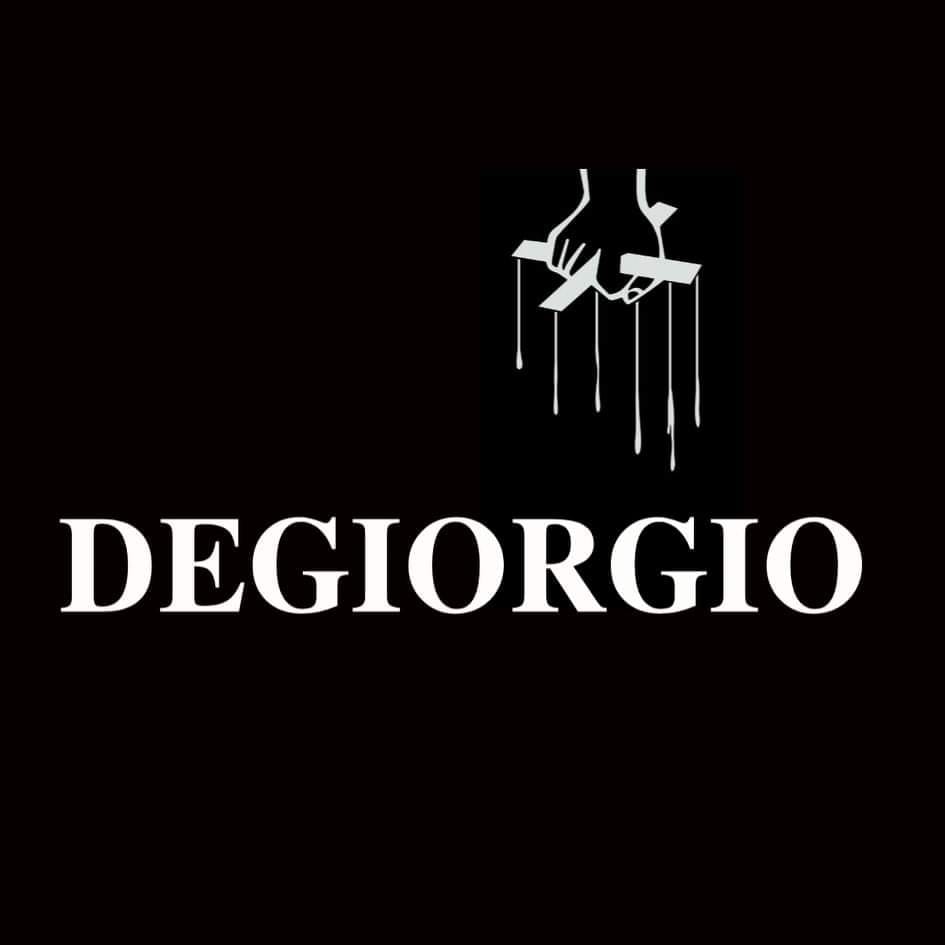 George Degiorgio would want his family taken care of. Getting paid to give an interview and confess to a murder he was already certain of being punished for is frankly an easier job than most other jobs he’s been paid for.

Why would anyone hire him to do this?

And that doubt doesn’t need to be on whether he commissioned Daphne’s murder. It would be enough, he hopes, for the jury to doubt whether there were other people that have been allowed to walk free because of some conspiracy to protect politicians and cover up the truth.

This analysis is based on any possible answers to the question who could possibly benefit from a man openly admitting to murder and providing no mitigating excuse for his actions.

This is the reason I said George Degiorgio has us in mind. It feels to me like we are being hired in this effort to free Yorgen Fenech. We are being implicated in a PR effort, drawing the conclusions we are expected to draw from this interview and going all frantic about Chris Cardona and Carmelo Abela escaping justice for crimes they are alleged to be implicated in.

This should be our answer to George Degiorgio. First, rot in jail for having killed Daphne. Second, if you’re still so inclined, testify what you know so that you may serve your time in mortified redemption. Until then, and after that, we’ll ignore you, we’ll forget your voice as you argue over the cigarettes you trade for some extra commissary in your dotage and remember rather the voice of your victim whom you’ve silenced never having heard of her.

For George Degiorgio and his masters and his accomplices, I’ll be happy to make a philosophical exception. Go to hell.

As for the politicians and the criminals Degiorgio promises to implicate for what he deems a suitable reward, their impunity is also not on our conscience. That’s on the state. There’s barely any mystery left. It’s now on the officials of the state to do their job and make sure no one, however influential and powerful they may have been or may still be, commits crimes and walks away.