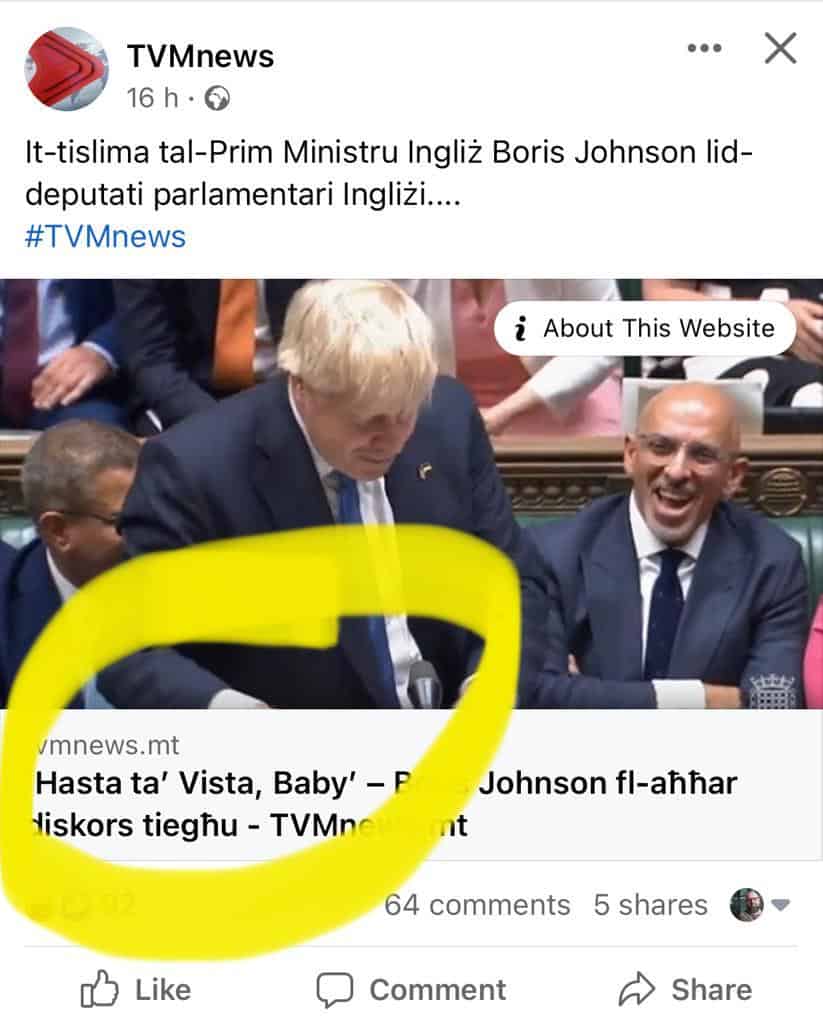 You would think that I am uploading this image to make fun of the national broadcaster for a typo. I would not do that. We all make mistakes. God knows I make plenty and typos are more of a regular occurrence on this blog than I’d like them to be.

I’m using this image because I cannot think of a picture that can properly represent a negative, something missing, something to speak of nothing.

TVM did not cover a report by OSCE election monitors that repeated recommendations on access to citizen scrutiny of the election process, proposed tighter rules on campaign spending by parties and politicians, lamented conditions for journalists working in Malta, and criticised the government for going contrary to democratic norms and using taxpayer’s money to bribe taxpayers into voting for them.

The OSCE is the Organisation for Security and Cooperation in Europe, the standard setter of the very basic democratic norms that still bring the United States and Russia around the same table. But their assessment of the failures of Malta’s democracy is beneath TVM’s coverage.

Perhaps that is because the OSCE monitors expressed concerns about TVM directly.

The OSCE remarked that the facts that the management at PBS and its budget are controlled by the government, prejudice the company’s ability to be impartial. They want a reform in this sector so that PBS is “brought in line with international standards and good practice to provide for independence and transparency.” But that would mean the Labour lackeys running the show right now would lose their job.

The OSCE says that “to ensure the public broadcaster’s editorial independence, the management should be selected through a transparent, competitive process and legal safeguards for its financial sustainability and autonomy should be enacted.” But that would mean the coconuts at Castille would no longer be able to dictate the content of news reports.

They can’t have that, can they?

So PBS (or those who run it) would rather you did not know about any of this.