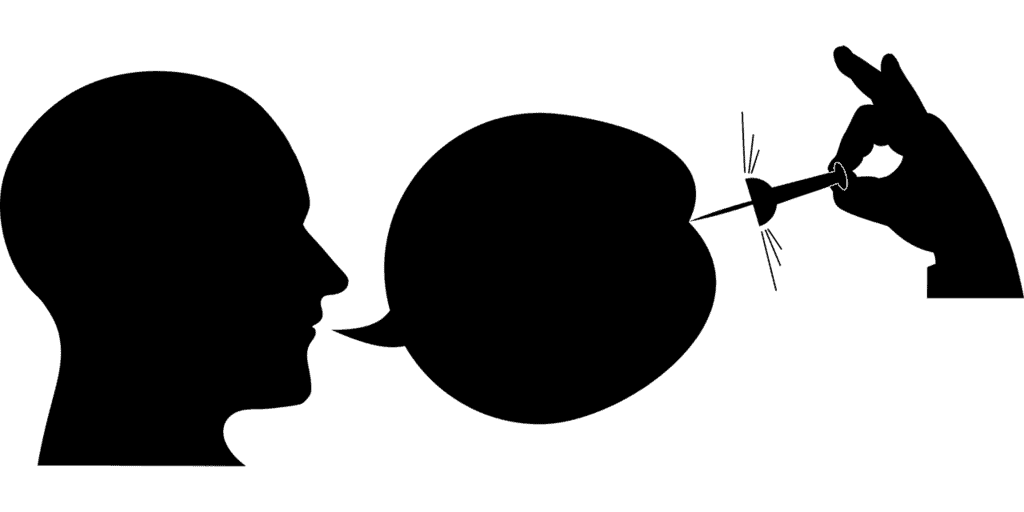 A few weeks ago, the Court of Appeal overturned a decision by a lower court and found me responsible for causing moral damages to MaltaToday’s Raphael Vassallo with an article I had written in October 2019. The court ordered me to pay him €1,000 plus pay for his court costs for both stages of the process.

My October 2019 article was mostly not about Raphael Vassallo but there was a reference to something he had written which offended him. He sued me, stating publicly that this had been the first time he had resorted to the courts, so hurt he had been by my remarks.

I have no doubt he was hurt but libel courts are not a place where you go for post traumatic therapy. You go to court to ask the state to interfere in the normal autonomous exchange of opinions that happens in a democratic society and slam someone for having said something it was unlawful for them to say. In a democracy there’s precious little you’re not allowed to say, or even things that would lead to legal consequence should you say them.

The first court, presided by Magistrate Rachel Montebello, looked at the case in detail and after providing a studied review of libel law and precedent, decided that no libel had occurred. I won’t go into the detail of the basis of her decision for a number of reasons. One, the decision is on public record so anyone interested in the detail can look it up. Two, since the decision was in my favour it feels rather self-serving to be repeating it in this context. Three, the decision was ultimately over-ruled by a higher court so any potential it may have had of being a significant basis for future similar cases has been altogether dumped.

It is also self-serving to say that from my point of view, the decision on appeal by Judge Lawrence Mintoff was considerably less insightful and far less fair, given the obvious consequences of its conclusion.  But as Boris Johnson put it, “them’s the breaks”.

The full text is accessible to anyone interested in the esoteric details so I’ll just point out that the way I read it, the decision (wrongly) assumed that a typical reader of this blog would make a value judgement using the same level of thoughtfulness as someone swiping through and clicking on social media. If you’re still reading this, 400 or so words in, you are, I would suggest, making a judgement about what you’re reading that is more like the complex appraisal you can expect from a reader of a long-form magazine news article than the just-add-water judgement of someone stumbling about their Facebook feed.

The Appeals Court interpreted what I had written in a way that I argued was never anything like what I intended or anything like an average reader (of this blog, not Facebook) would have understood. A hurt, insulted Raphael Vassallo, might have seen the text as meaning far worse than the words it says. But other readers are not themselves the subject of the article.

Another bit that stung was when the court acknowledged my writing is powerful and my arguments have impact and that I have something of a reputation of knowing what I’m talking about. That bit of unsolicited flattery was included in the arguments made to the appeal judge, which the judge adopted for his own in his decision. It’s all very well until one realises that my reputation of relative competence and the persuasive quality of my writing apparently were component parts of the petard that hoisted me.

Logically then, if anyone less competent and less eloquent than I am wrote exactly what I had written, the court may have not deemed it as damaging as all that.

That, with all due respect, just doesn’t make sense to me. Elsewhere the court deemed my blog as any odd worthless social media nobody reads with sufficient attention to place an inflammatory quotation in its proper context. Paradoxically the court then acknowledged that my writing is capable of swaying the impressionable. I am paraphrasing but the gist is there. It also doesn’t make sense because any reading of the law that says that damages are incurred when smarter people say something, would mean that it’s better to be dumber. Which, perhaps, is true but not relevant to the argument here.

I would be lying if I tried to tell you that losing a court case did not hurt my pride. After more than 5 years of blogging and several defamation suits and a cross-border SLAPP suit this was the first time that a final decision of a court went against me.

In this business, if you want to say what you know and what you think, you need to learn pretty quickly how to put your thoughts in a way that do not defy the limits of the law. I like to think that with the help of some very patient and generous lawyers I’ve learnt how to stay out of trouble most of the time.

In this business you also must learn to live with the risk that you lose some cases whether you’re right or wrong. You must do your absolute best to do your job properly but losing a court case is not in itself proof of slapdash work.

Having said that, my pride is not a factor in the decision I have taken not to let the matter lie. I will pay my dues to Raphael Vassallo and hold no grudge. There are no further avenues in which to debate whether I was right, or he was right. The court of appeal is the last court and its decision final.

But that final decision raises a fresh, more important question: should the state intervene at all in a situation like this?

I don’t think so. Neither Raphael Vassallo nor I are shrinking violets. We make our views known loudly, clearly, and without lubricant or sugar-coating. When he says something I don’t like, I have the means to respond, and so vice versa.

Never mind the specificities of this incident. The fact that the state (in the shape of the court) intervened on the side of one opinion against another has serious implications on what debate is “permissible” in our democracy and how the courts can intervene to prevent it from happening.

It’s not just that I was punished for being on my side of a public debate. It’s that everyone in my shoes is warned that they might be wiser to shut up on matters of controversy lest some court sides with someone else’s opinion instead.

That’s the dictionary definition of ‘chilling effect’: of being presented with the simple calculus that it’s better to keep quiet and that’s what I will push back on.

I am, therefore, taking the matter to the constitutional court to argue that if Judge Mintoff’s reading of Maltese law is right, then our law is a barrier to free speech. And if he’s wrong, then he didn’t just cost me a €1,000 in penalty and €2,700 in costs (some of that offset by the generosity of my lawyers who waive their fees), plus a deflated ego. He cost me my right to free expression as well. By extension he cost you your right to be exposed to contrasting perspectives in a public debate on matters of public interest, which any democracy needs.

This is about the risks incurred by anyone writing critically when they are faced by lawsuits citing this decision as a guide for future judgements. I guess many will still think this is about me wanting to have the last word on a debate which was already old by the time the Daphne Caruana Galizia murder inquiry was concluded.

Perhaps. But someone’s got to do this. So off I go to court again.

One final note. This stuff costs money. Even before going to court for this new case (and paying to open it), the old one I lost cost me more than the revenue this website brings in in over 2 months. You have a right to this public debate, and I have a duty to defend your right to access it. But it doesn’t come free. Please help if you can.