By Manuel Delia2017-07-14T14:40:47+02:00Sat, 17th Jun '17, 09:13|0 Comments
The first electoral appointment for the newly re-configured PN, will be the European Parliament elections in 2019. Naturally incumbents, candidates and aspirants will probably already be thinking how they can position themselves to try to carve a space for themselves in the big blue chamber. It’s also by extension a significant position in the national political scene from which one can give a valid contribution to the national debate though I doubt the experiment of having any of them act as shadow Ministers while sitting in the wrong parliament is likely to be repeated.

But it is also a race between the parties. The PL will seek to continue to consolidate its dominant moral and electoral position and to further demoralise its opposition and make its re-election next time round feel daunting and unlikely. The PD will not likely seriously aspire to elect an MEP but will definitely need to put up sufficient numbers to prove it has not been a flash in the pan and that it can generate its own voting base without needing the PN to prop it up, thank you very much. AD will want a sufficiently dignified vote for the rest of us to hear it kicking in its coffin which the rest of us, it would argue, have too prematurely sealed. The so called patriots … well I don’t know about them. They just are, I suppose.

The PN will look at these elections conditioned by its recent general election result and by the experience of the 2014 EP vote when the low expectations of a brand new leadership were met with yet another drubbing.

It is impossible to predict with any confidence how the next 2 years will play out. One can have ambitions but so many pieces are still off the table that attempting to draw conclusions without premises would be an exercise in hope rather than proper analysis.

We would need to see how the government’s second honeymoon plays out. How the PN’s leadership process plays out. How the leaders perform as a political party and as an opposition.
I would add that there is one important and fairly unfamiliar front that the PN should think about how to march into for the first time ever.

The voting population for the EP elections extends eligibility to the thousands of non-Maltese Europeans who live here: workers, tax-payers, retirees, contributors to our economy, enrichers of our society, and participants in our community.

This is not merely a social network that we need to rebuild, it is one we must build from scratch. Why do we need to do so? Not just because they are a potential market and source for votes. But because it is the function of a political party to seek to enfranchise all parts of the community not just by extending to them the right to vote (which the PN has done against Labour’s – and specifically Joseph Muscat’s – bitter resistance) but also including them in the political dialogue, address their concerns, seek their engagement and making ours a political sphere that reflects as fully as possible the needs of our community.

We do have some barriers to get over. Since this is an entirely fresh engagement, this particular segment of our audience has none of the collective memory we rely on when we use the brand and image of the party. To us the party flag, anthem and name represent a glorious history of social inclusion, economic prosperity, Europeanisation and democratisation, openness and modernisation.
To someone seeing them entirely out of this specific historical and social context, these symbols represent a spine-chilling inheritance and a symbolic legacy from Europe’s pre-war far right. At the Fosos mass meeting a few weeks ago I observed a huddle of 30 something Swedes and Germans who happened to be walking out of their Floriana offices as the crowds of Nazzjonalisti where rushing in. These international co-residents looked creeped out by the black gold-rimmed flags and they hadn’t yet seen the misty-eyed crowd screeching ‘sbejħa patrija uliedek aħna …’

Don’t get me wrong I’m as much of an enthusiastic maduma waving, innu singing partisan as the next Nazzjonalist. I love that stuff.

But I’ve been around enough to know that for your average German (or Polish, or Spanish, or most any European) this can be rather uncomfortable. A very bad start for a completely new political engagement. Those Germans and Swedes I saw on the Fosos got comfortable when a group of teen Nazzjonalisti walked off the bus with two massive rainbow flags. Our guests realised there and then this was not a re-enactment of the Nuremberg congress of baby-eating Nazis, and soon got into the spirit of celebration. The flowing beer helped.

Even as we re-align our management and leadership teams, as we refine and re-sharpen our policy positioning, re-construct our methods of campaigning and social engagement, we need to take a fresh look at our packaging and assess its suitability for the evolving market we must compete in.

As more time passes, more of our European cousins will be naturalised as Maltese brothers and sisters. Our shared collective memory as a nation must evolve with the changing shape of the composition of our nation, of our evolving aspirations and needs as a changing and growing community. The next EP elections are therefore only the first episode in a long term engagement and evolving relationship between a party and the community it represents and on behalf of whom it exists and acts.

The PN must be ahead of this trend as it has been the trend-setter since those heady early days when the much loved gold-trimmed, black-fielded flag bearing the blue-crowned shield emblazoned with our national colours, that we love so much, was first flown in anti-colonial anger. 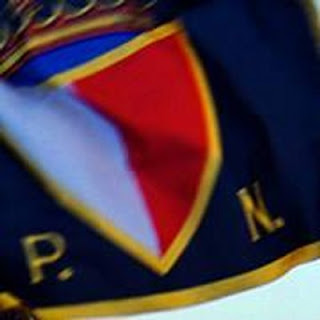