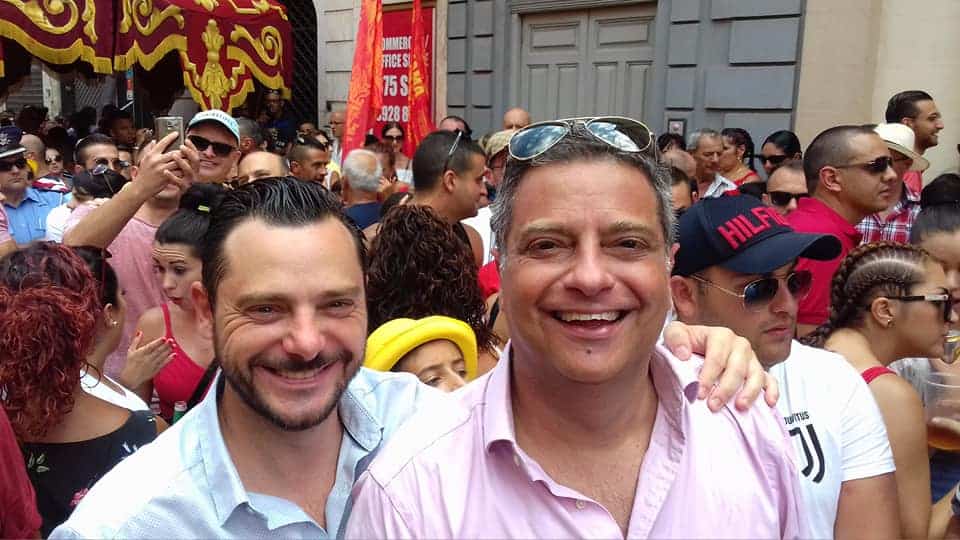 It is sickening that a senior politician in the PN speaks of Matteo Salvini as a model that needs to be emulated. It is revolting that he charges volunteers saving people’s lives at sea as “organised crime”.

But you know what’s far worse? This poor excuse for a politician’s day job is as a school teacher.

His perverse, hateful, and by his own description ‘racist’ views are finding themselves in the classroom. His word is the seed described by Fr David Muscat at a birthday party for Norman Lowell a few days ago planted in the hearts of young people.

Fr David Muscat spoke of Norman Lowell as some form of Old Testament Jeremiah: prophesying a doom that will not be recognised before it comes on us. The priest fancied himself as a John the Baptist paving the way for the coming of the Man.

And now here’s Justin Schembri who repeats the argument of David Muscat that someone — him, presumably — must finally voice the will of the people.

Ah the people. How well demagogues capture their mood.

Look at Justin Schembri’s insidious argument. He says other politicians do not argue for the refusal of refuge for immigrants and the slander that people who save lives at sea are criminals themselves because they are ‘afraid of criticism’.

U ħallina, Justin. I don’t see politicians quaking in their shoes because I or any other lily-livered, bleeding-heart, liberal egghead communist like me criticises gun-toting, redneck sons of bitches like him.

(That’s a literary reference, Justin, not a slur on your mummy so stop waxing melodramatic).

The real courage is in standing up and speaking for the helpless dying at sea and the mistreated survivors among them who make it ashore to a life of submission, exploitation, prejudice and outright hatred fomented by people like Justin Schembri who fancy themselves as heroes.

The ‘dream’ that Malta belongs to the Maltese is perverted and soured by people like Justin Schembri. Beyond the romanticisms and the trope of elite-driven narratives, Malta’s independence is a political aspiration that ensures that the decisions taken here serve the interests of those who live here, not colonial masters in another country of haughty racists who think of us as savages hanging from trees.

That has nothing to do with some racialist determination on who gets to live here. Maltese is who lives in Malta and that changes over time.

Certainly there can be undesirables among us. And Justin Schembri tells us some of them are now teaching in our classrooms polluting the minds of our youth. This, Justin, is about you.

Adrian Delia a few days ago tweeted an appeal to let the migrants in. He presented himself as a humanist arguing for human lives over political expediency. It was easy for him to do that because the burden of deciding was not on him but on the Prime Minister. 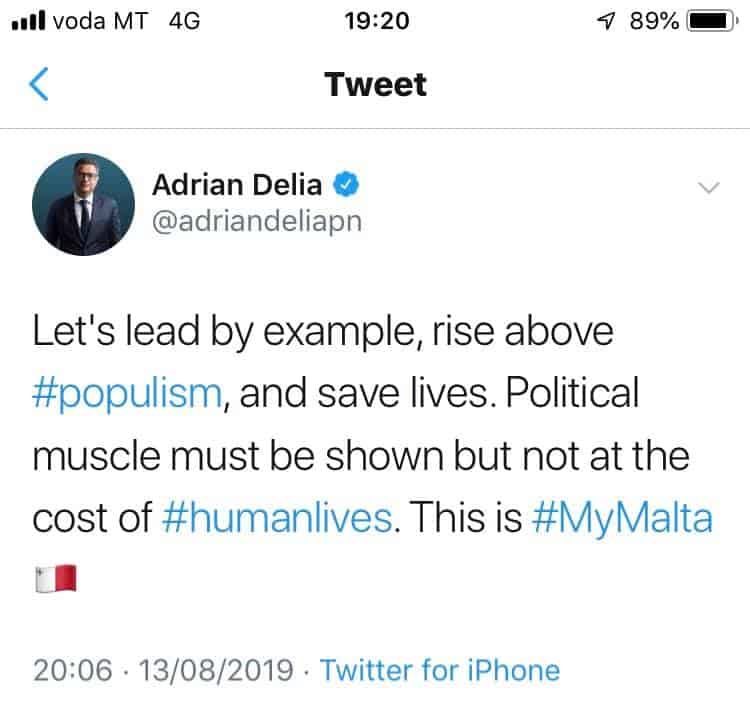 Today he has the burden of being able to put his money where his mouth is. If Adrian Delia is really that humanist with a primary concern for human lives over political expediency that featured in that soppy tweet, he should fire Justin Schembri’s racist arse pronto.

If Justin Schembri is retained, we know that the PN is going down the road of goose-stepping puppets of Italy’s latter day Duce. Fuck knows many people who voted the PN all their lives are never going there with it.

Previous:Where’s the beef?
Next:‘Can the last one leaving turn off the lights?’