For legal reasons we remind readers that the quotes in this piece are wholly imaginary. 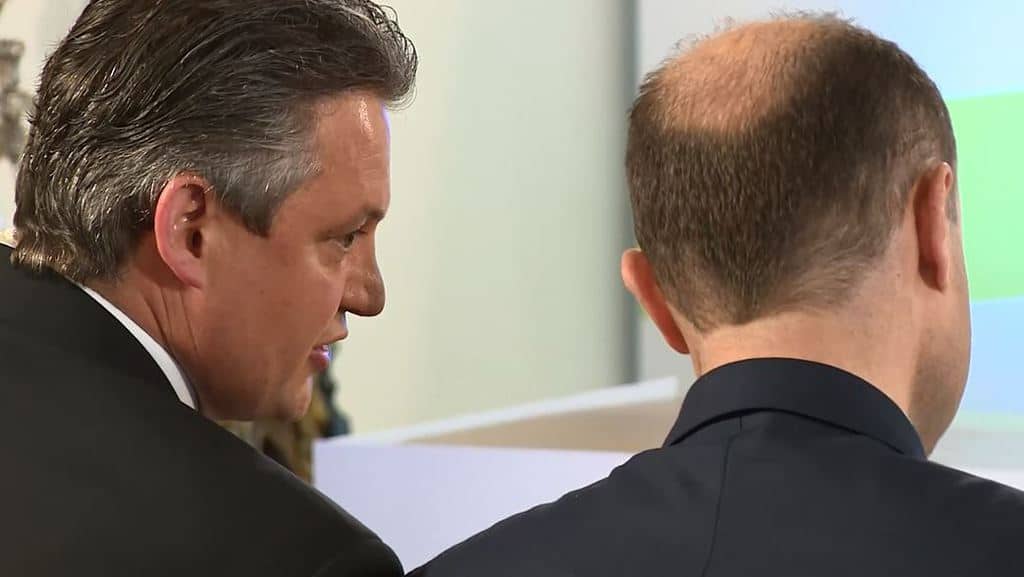 When the investigative journalist Daphne Caruana Galizia first hinted that there had been a breach of security at Mossack Fonseca, the conversation must have gone something like this:

JM: “This is serious but lets’ wait and see how much is going to come out and above all make it sound like it is not such a big deal for a modern day politician to open a secret offshore company”;

KM: “I’m going to say I left everything in the hands of my accountants and that I don’t even know that my “family planning” company is named ‘Hearnville’.”

As the days passed, the Panama Papers exploded over the globe and politicians overseas started to resign and the public tone changed slightly when it became known that there were, in fact, not two but three Panama companies opened up by NexiaBT in so many days and that this third one belonged to someone even more important than the other two:

JM: “Listen, it is clear we cannot be seen to continue to ignore this completely. I have to be seen as if I am taking some action against you. ”

KM: “I can resign from the party’s deputy leadership, 2022 is still far off, but I won’t stand for resigning as minister. We are to remain together and we have to trust each other.”

JM: “Tonna assures me that there is only one documentary link to Egrant and that the document has now been retrieved from Pilatus Bank by Al Sadr. I am also assured that if copies were made by Al Sadr or any other potential whistleblower, I can ask for an inquiry knowing what the outcome will be, namely that the Egrant ownership document is in fact a forgery and that it never came from Mossack Fonseca in Panama. ”

KM: “Excellent. But what about me? Tonna was not so careful with me and Keith. The leaked documents on us are irrefutable.

And so the narrative had to change again:

JM: “Your 92 euros narrative is a joke. You need to be more creative. How about a request for a hogwash zero audit of your offshore holdings from your professionals in New Zealand? You’ve paid them thousands afterall. In the meantime get Cini to find you another company to use while saying that Hearnville will be liquidated once the audit is ready.”

KM: ”I suppose I have to trust others and their BVI setups till things die down.”

After some long months, the Pilatus ex-employee Maria Efimova breaks her silence and claims to have seen in 2015 a copy of a Declaration of Owner document showing that Egrant, as generally suspected, does belong in fact to JM’s wife.

NexiaBT assure JM that there is no Egrant evidence to be found on the Panama side and that locally of all Egrant traces have been shredded. They try to get a further comfort statement of this from Mossack Fonseca in Panama but these are facing criminal investigations and are no longer co-operating:

JM: “Of course! We now go ahead with that inquiry that will obviously establish what we already know, namely that Jaqueline Alexandra’s signature on the only Egrant document is a forgery. Can’t you see how easy it is to turn this around into a  frame up against me and my family at the hands of my critics and political enemies, and as soon as the report is made public I will call an immediate general election.”

KM: ”Great. But what about me and Keith? Ours are properly signed by Fonseca itself”

JM: “You just have to stay out of the limelight for now. The inquiry will be limited and to only parts of Egrant.”

After this, it becomes known that further revelations are on their way from the ICIJ, and confirmed locally, of a money trail from Baku to a Dubai company called 17 Black and an email that betrays the plan by KM and KS to receive 5,000 euros a day each from the said Dubai company which happens to have an Electrogas connection.

JM realizes that they cannot afford to wait for the pre-determined result of the Egrant inquiry. He goes for broke. He calls a snap early election and wins.

After the poll, the Egrant Report is finally ready and given to JM. The next day, the curtains open and there he is crying cold tears pointing a finger at his political enemies who he says knowingly used a forged document to falsely attack him and his children and wife.

It was a glorious Invictus moment and it went down the party members’ gullet like honey.

JM:  ”We now have a bullet-proof alibi for our road map. Every future revelation, including the 17 Black connection can be dismissed as ‘the biggest of lies’ and be lost in the smokescreen of the Egrant frame up narrative. I can even possibly still go for that top EU job and hand over the party to you, Konrad.”

Then some greedy assassin jumped the gun. The mastermind wanted to delay the execution but the assassin wanted his second installment on completion as per contract. Both sides by now were able to call the shots and, if necessary, blackmail each other.

On the 16 October, 2017, at 3 o’clock in the afternoon, the bomb that murdered Daphne Caruana Galizia went off as planned.