Times of Malta yesterday reported how a TV production company has been given office space at the TVM building. There’s plenty that is wrong with that. This particular company is one of many that competes for contracts with TVM. Saving on rental costs (not to mention benefitting from the use of the assets in television house) gives them an advantage over their competitors.

In theory rent at TVM studios is not free, the cost will be offset against money that TVM will owe this company. But anyone in any business will tell you that the cash flow cost of paying premises rent (and utilities, and equipment rentals) on time before recovering those costs on pay day is considerable and doing away with that cost is a massive advantage.

The company concerned is called ‘Sharp Shoot Media’ and to repeat someone else’s one liner, it is, disappointingly, not a pornographer. It was founded a few days before the 2013 election. 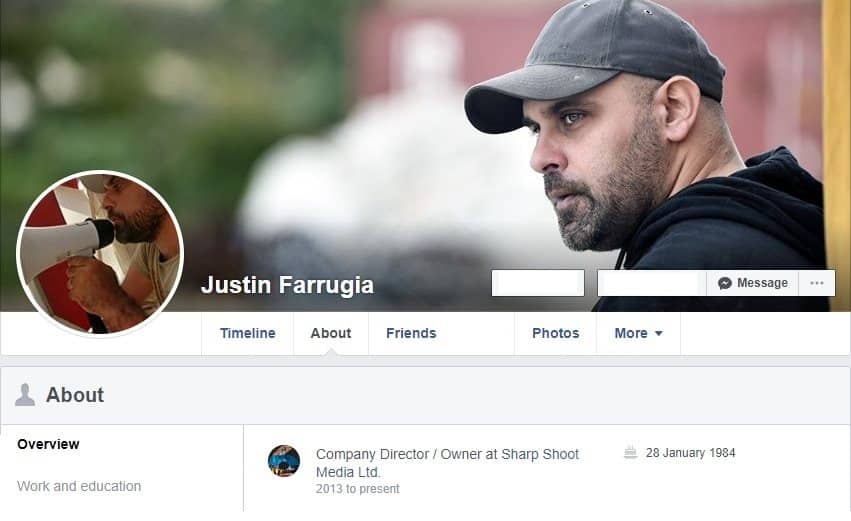 One of its directors is Justin Farrugia who in 2013 was plotting his new career in TV. He would pile up several iced buns starting with a 2014 fat commission, a stunning achievement for a brand new firm, to produce a revisionist para-historical hagiography of “Freedom Day”, otherwise remembered as the day Mu’ammar Ghaddafi celebrated in Birgu his take-over of a former British military colony.

Justin Farrugia has a brother who was also making preparations for a massive turn in his career after the 2013 elections. That’s none other than Kurt Farrugia, endearingly known to most people as the coconut, until yesterday head of government communications and as of today CEO of Malta Enterprise.

There was once a Labour leader who complained about ‘friends of friends’. Under his successor incest has truly been redefined.