It’s not even funny 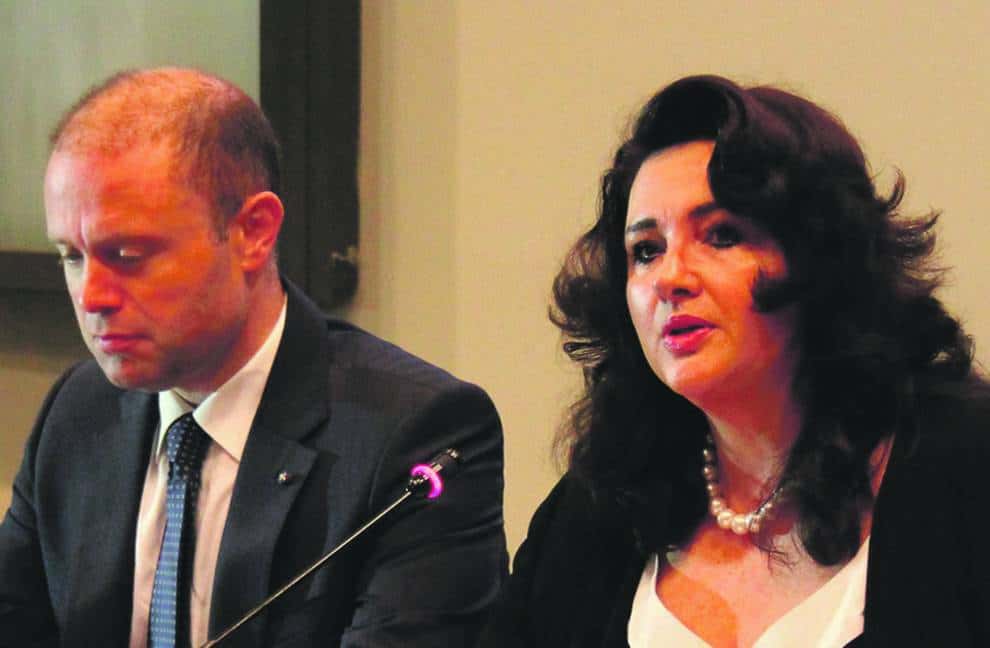 Reports that Helena Dalli is lined up to be Europe’s commissioner for justice are a black joke, to borrow a phrase.

You could take it for granted that Joseph Muscat would nominate an ally to the commission. As he prepares for his exit from Castille, he needs as many friends in high places as could be organised.

Of all the people he was likely to choose to nominate for the commissioner role, Helena Dalli may be one of the least terrible options.

You can imagine Joseph Muscat playing a game of Guess Who. He first flipped down people who refused. Chris Fearne may have made a good commissioner but he would not yet have shelved ambitions to replace Joseph Muscat. Then he would have flipped down people likely to be rejected in a selection process: the incompetents, the clueless, the unpresentable, the investigated or the should be investigated and the manifestly corrupt.

With academic preparation and without a personal record of corruption or wrongdoing, Helena Dalli was the last face standing in a very rapid game.

Sure, she is not above criticism. No-one really is. But the worst thing, or the best thing, I could say about her nomination when I heard about it, was that the choice could have been worse. I couldn’t get excited about the matter either way.

If the new commission president gives her the job of justice commissioner though, the issue becomes a lot less ambivalent.

The problem here is not specifically Helena Dalli. Frankly, any nominee of Joseph Muscat, any one of his allies, any veteran of any of his governments would be the wrong person to be justice commissioner.

It’s like asking Torquemada’s secretary to run an ecumenical gathering.

The European Commission is one of the last institutions that can exert behind the scenes or, failing that as inevitably it does, legal remonstrances to restrain the excesses of our government. Helena Dalli has just graduated from a government that has made mincemeat of the rule of law.

She’ll be reading this and wondering what I’m talking about. That is how people who have supped on the drug that helps one live with one’s conscience whilst functioning in Joseph Muscat’s government think. They imagine this government is criticised for its breaches of the rule of law because critics want the Nationalist Party to come to power.

I’m not going to look back at the last 6 years for her benefit. Just look ahead at the next 6 months and at the quite plausible scenario where a Panama Papers-listed government minister not only survives in power but is made prime minister. And when another Panama Papers-listed prime minister’s chief of staff not only survives in office but outlives his first prime minister and moves in with the second one. It will be the completion of the mafioso takeover that started when Konrad Mizzi was first wheeled out on our TV screens comically repeating “the roadmap is costed” and “shame on you”.

We have kingmakers running this country that have been caught red handed and are still laughing, so much time later. And they have no plans to leave. They have not had enough.

No one who has allowed this to happen when they had the means to put a stop to it, should be placed in a position of responsibility that requires them to stop it. If she did not speak out against Keith Schembri and Konrad Mizzi when she sat at their table every week for three years after the Panama Papers came out, she is not going to do so now from her office in Brussels.

Helena Dalli is guaranteed to fail at her job, if that job is European commissioner for justice.

Her willingness to compromise with the basic ethics of the rule of law in a democratic society is a danger to the European project. Helena Dalli – and this, I promise, is not personal but it applies to any graduate of Joseph Muscat’s government – does not have the personal curriculum that ought to be expected of anyone who is going to have a proper conversation with Victor Orban, to drop a name.

Europe is facing its darkest years in decades. It’s biggest challenge is the fact that the rule of law and democracy, principles that have been treated as sacred for so many years, are being challenged by populists everywhere. Is Helena Dalli really the best person in the whole of Europe to man the frontline of resistance?

This is not just about the fact that campaigners for the rule of law and democracy in Malta will lose access to yet another institution that has the legal authority to lean on Malta’s government to do things right. Though it is that as well.

But more importantly this is about transmuting a Maltese problem – compromised, compromising Labour Party loyalists unwilling to risk their political power to do the right thing – onto the whole of Europe.

If Helena Dalli is to be a European commissioner, so be it. But proposing her to the justice office is an outrage, an unacceptable risk and an enormously consequential mistake.

MEPs should be objecting to this. And Helena Dalli should ask for a job she can actually deliver on.