When Saviour Balzan is interviewed

This was the concluding section of a recent article by Saviour Balzan: 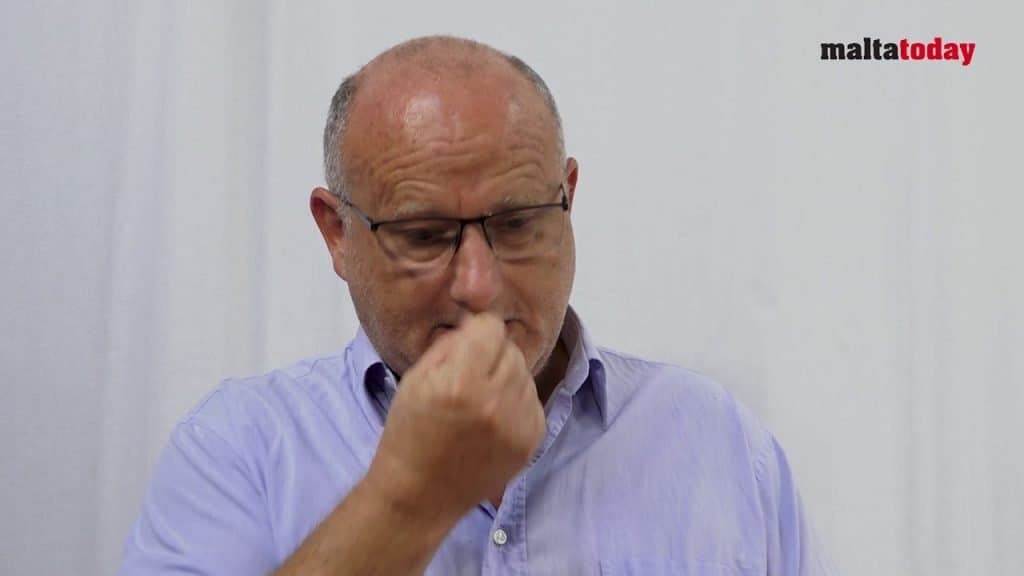 The Caruana Galizia family has to be congratulated for having built a narrative that has played well in the media, most especially that in the foreign domain. They have now called for a meeting with the Prime Minister to complain over the composition of a board of inquiry into the murder of Daphne Caruana Galizia, which they are crying foul about.

Today, the portrayal of Caruana Galizia as someone who produced unblemished journalism has clearly rocked people’s faith in the media establishment that runs European titles like The Guardian or La Repubblica – that’s the media for you – because their lack of context and intimacy with the crass partisanship of Caruana Galizia’s work can never be understood by them. In 2017 I was interviewed 17 times by foreign journalists and TV stations about Caruana Galizia – not one of these interviews was broadcast, because naturally, my side of the story and of who Caruana Galizia was did not fit their mindset.

They prefer hearing it from someone like Manuel Delia, the former personal assistant of Nationalist minister Austin Gatt, because there is just one storyline that the Caruana Galizia family want followed – that Daphne Caruana Galiza was the “only” Maltese investigative journalist, that she was “victimised” and murdered by the State, and that Malta is a cesspit of corruption.

They are entitled to their beliefs, but when the grass grows and emotions cool, even the truth will surface. Caruana Galizia may have been fearless but she was reckless, even cruel at times as a gossip-monger who was fed information – some true, some false, most of which apparently was not fact-checked – but always framed by her virulent dislike of Labour and PN dissidents. She will be remembered for her role on the Panama Papers as much as for having been the proponent of the false Egrant allegation, but many will know that for her, the best form of defence against critics was by persistently attacking them personally and without reason, including those associated with them and their relatives.

Oh, poor Saviour. Listen mate, some of those journalists who interviewed you and interviewed me have actually told me they spoke to you. I’ll tell you this because you seem to be disturbed by the fact that your face, admittedly far prettier than mine, ends up almost always on the cutting room floor. It’s a mystery to you which I can resolve for you.

Journalists who interview you take pity on you. They don’t mind someone like Glen Bedingfield looking ridiculous or as M6 did last night, putting someone like Julia Farrugia on the spot. But even as they watch in amazement as you spew your paranoid, unhinged venom towards a former colleague of yours they pinch themselves to remember that you actually run a newspaper.

Often a good one at that. Your reporters are far better at their job than you are. Quality reporting is not measured by the relative admiration one may have for Daphne Caruana Galizia. I admit I have plenty and they may have less. But most of your reporters are hard-working, god-honest reporters who are out there looking for the facts and reporting them without fear.

You, on the other hand, are a man who has drowned in the leaking acid of his self-lacerated stomach. And when they come to ask you why you called her ‘queen of bile’ and why you took calls in the wee hours from Keith Schembri and then lied about it, your answers are plain absurd.

If you did not pretend to the world that you were a journalist, you would feature in the documentaries and reports of the international media but, trust me on this one, better for you that they leave you out.

You remind your readers I am “the former personal assistant of Nationalist minister Austin Gatt”. I am and journalists read up and challenge me on that. They challenge me to see if my judgement today is coloured by that history and if I am a partisan agent. They leaf through my blog and find the notion completely absurd. Then they challenge you. Never mind what they find in your past. They find in your present an inability to form judgement without kissing your interviewer on the lips in the midst of throwing up.

You give credit to the Caruana Galizia family for bringing this story to the attention of the world. You’re partly right. They work hard to keep the memory of their mother alive without the perverse mediation of people like you. But if you judge the journalism of La Repubblica, The New York Times, The Guardian and so on by how well they respect your views you have forgotten your role in this world of ours.

You are here to remind us how far down the road of madness, pure hatred can drive a man.

Previous:M6: Malta, jewel of the Mediterranean and paradise of corruption
Next:GUEST POST: Of cats and mice