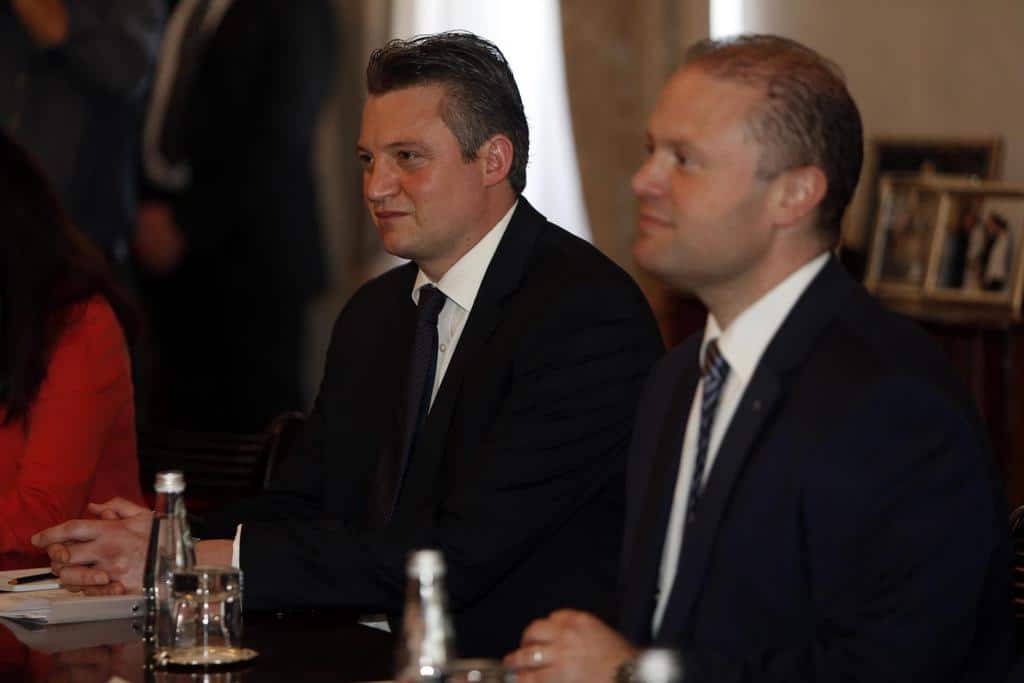 They are treating it with contempt, seeking to discredit it, staying away from it, associating it with the ineligible-to-the-truth Nationalists, attributing partisan motivations to it, ignoring it whenever possible, pressuring it to shut down, stonewalling its process, drowning it in delaying tactics and starving it of resources. There’s a single verb to sum it all up and it applies to both the journalist and the inquiry following her death: they deal with the inquiry by killing it.

It remains to be seen if Konrad Mizzi shows up in court this morning.

Yesterday he came out all bluster saying the inquiry was beneath him. The little shit. He said he would not prostrate himself in front of his political assassins, when it had been his prime minister who forced him to resign and his own party that kicked him out. Jason Azzopardi and Therese Comodini Cachia were not at the Labour executive meeting when he was finally and unanimously dumped by his colleagues.

He said the inquiry was “politicised”, which is Labour-speak for any situation when something happens that shows beyond anyone’s doubt that Labour had been lying.

In refusing to attend today’s inquiry sitting Konrad Mizzi makes the strongest case yet for the inquiry to find that Konrad Mizzi believes himself above the law and beyond scrutiny. The contempt with which he flatly claimed the inquiry board is incapable of understanding and fulfilling its terms of reference is an answer in itself to the questions he is refusing to give the board the opportunity to ask him.

The arrogant bluster he gave the press was accompanied by a somewhat meek plea to the board filed in writing on his behalf by the freemason, scandal-ridden former magistrate, Carol Peralta. No references to political assassinations there. Instead he attempted to plead the fifth in written correspondence he hopes no one reads, avoiding the very visual humiliation of having to show up in the court building like Keith Schembri and Brian Tonna have had to do a few times already and refuse to answer questions for fear of incriminating themselves.

The inquiry board dismissed the lily-livered remotely transmitted excuses. They confirmed their “order” (their verb) to Konrad Mizzi to show up in court this morning. If he wants to exercise his right of refusing to answer questions for fear of incriminating himself he can bloody well come to court and tell the board that to their face.

Because, you see, the principle of the rule of law is that the law should apply equally to all. Konrad Mizzi has spent the last decade fully expecting it to treat him as some sort of princely exception. He can set up Panama companies if he wants to. He can take bribes from Yorgen Fenech if he wants to. He can avoid answering questions about his conduct by an inquiry board of three judges set up by the government when he was still part of it under the laws of the land, if he wants to.

Or maybe he was just taking a chance to see if the board would give up chasing him and just let him be. Maybe that was all a hollow bluff and we will see him today come crawling like a flaccid turd oozing the stench of fear and hatred. Maybe he’ll add himself to the list of cowards who resort to the rights of criminals, refusing to answer questions that could be used against him in a criminal court. Maybe we’ll get to see that perpetual O face again as he indignantly protests his innocence in defiance of all the evidence to the contrary. Are you coming again, Konrad?

Or maybe he’ll up the ante and refuse to come to court, assuming one more time that the inquiry board would shy in the shadow of the power he once held and give no order to the police to drag him in front of it with his cuffed wrists rocking against his crotch.

Or maybe Konrad Mizzi will add himself to the list of implicitly self-confessed crooks who have no answers but a choice between lies or truths that would land them in jail: another bowed statute patched together from the putrid flesh of corrupt corpses in this pantheon of criminals leaving in the middle one more vacant plinth that awaits the greatest crook of them all, Joseph Muscat, to stoop atop.